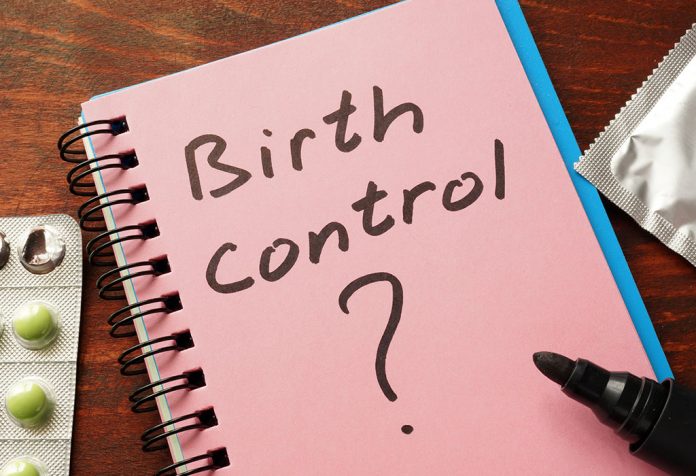 Your baby has finally made his entry into this world and you cannot be happier. Your baby will be your centre of attraction but after those few initial weeks of delivery, when things will settle into a routine it is natural for you and your partner to want to make love. However, there is a fear of getting pregnant again. But would birth control be a good option, especially now that you’re breastfeeding? This is what you’re going to find out!

Can Breastfeeding Work as a Contraceptive?

There are many who say that breastfeeding can prevent pregnancy, however, some say this is a myth. So, what is the truth? Prolactin is a hormone that interferes with ovulation. When you’re pregnant, this hormone spikes up and prevents multiple pregnancies from taking place within nine months. When your baby starts sucking on your breast, prolactin is once again produced by your body. This way, your body produces its own natural contraceptive. But there is a catch! This technique, known as the Lactation Amenorrhea Method, is effective if these criteria are met:

If the above-mentioned points are fulfilled, then this is a good option. Numerous studies have confirmed that more than 98 percent of women who use this technique will not get pregnant.

What are the Safe Birth Control Methods While Breastfeeding?

This form of birth control does not introduce any hormones into the bloodstream and thus, cannot affect breastfeeding:

Usually made of copper, this device is fitted by a doctor, nurse or trained medical professional into the uterus. Unlike hormonal IUD’s which release progesterone, copper is released into the womb which affects the sperm’s ability to reach the egg. While there is a small chance of infection, when inserted correctly, it can prevent pregnancy for close to ten years. It has an advantage to its hormonal counterpart as it does not have any side effects such as dizziness and nausea. However, it can cause some issues like painful sex, backache, and anaemia.

This is a permanent form of contraception to prevent pregnancy. The male form of sterilisation is known as vasectomy which has a failure rate of less than 0.15 percent. It involves the litigation of the vas deferens which prevents the sperm from reaching the urethra. For women, tubal litigation is performed where the fallopian tube is cut or tied to prevent the eggs from reaching the womb. The failure rate is 2/100 and recovery period is usually less than a week.

One of the most popular types of contraceptives, they are readily available and cost-effective. They are effective 98 percent of the time and are available for both men and women. Male condoms are a thin latex rubber and prevent the sperm from physically entering the vagina. It is important to note that their effectiveness is guaranteed only when used correctly. Performing sex with broken condoms, slipping off the condom in the middle of intercourse and using old condoms reduce its ability to stop a pregnancy. One of the biggest advantages of a condom is that it prevents the spread of sexually transmitted diseases. Hormonal birth control methods to prevent pregnancy do not affect breastfeeding in any way:

The hormone progestin is given in the form of injection once in three months. It interferes with ovulation by not letting the ovaries release the eggs which mean pregnancy cannot take place. In addition, it also prevents the sperm from reaching the egg as it thickens the cervical mucus. An example of an injectable includes Depo-Provera.

This is emergency contraception while breastfeeding which helps delay ovulation or prevents fertilisation from taking place. It contains levonorgestrel, which is a hormone that has a similar effect to that of progesterone. This is taken if you have unprotected sex with your partner and can be consumed afterwards.

This is a plastic device which contains the progestin hormone and is placed in the uterus. It makes changes to the uterine lining making it difficult for the sperm to reach the egg. The device works by consistently releasing small amounts of the hormone and can prevent pregnancies for three to five years.

This is a device that is placed inside the vagina and has a lifespan of roughly three weeks. This can be easily fitted inside manually and slowly releases hormones that prevent sperms from reaching the egg. In addition, it stops the ovaries from releasing eggs. An example of a vaginal ring includes NuvaRing.

Some natural birth control methods include the following:

This is the act of voluntarily forgoing sexual activity with your partner. As no sexual activity takes place, there is no chance of pregnancy taking place and does not negatively affect you or the baby. However, this form of contraception is something that must be agreed to by both participants as otherwise, it can lead to resentment.

This form of birth control is when the man withdraws his penis from the vagina before ejaculation. While this can increase the level of pleasure experienced, it does hold some interesting challenges. Firstly, the pressure is all on the man to withdraw at the right time which means intercourse will have to be done based on his terms. Secondly, it requires a great deal of concentration and self-control for this method to be performed correctly. However, there is a matter of debate on pre-ejaculation fluid. While studies have shown that this contains only dead sperm or none at all, pregnancy through this cannot be ruled out. Effects of Contraceptives on Milk Production

Side Effects of Birth Control on a Baby

Women who use birth control may themselves feel some side effects from a hormonal birth control methods, like tender breasts and nausea. However, no study has shown that taking birth control while breastfeeding is likely to cause any issues for the baby.

So, while breastfeeding is one option of birth control, there are numerous other out there as well. As long as you don’t use oestrogen-based hormone pills, you’re good to go!

Little Boy Suffers 75% Eyesight Loss – Only Because of a Popular Toy!