Home Pregnancy Diet & Nutrition Is it Safe to Eat Instant Noodles During Pregnancy? 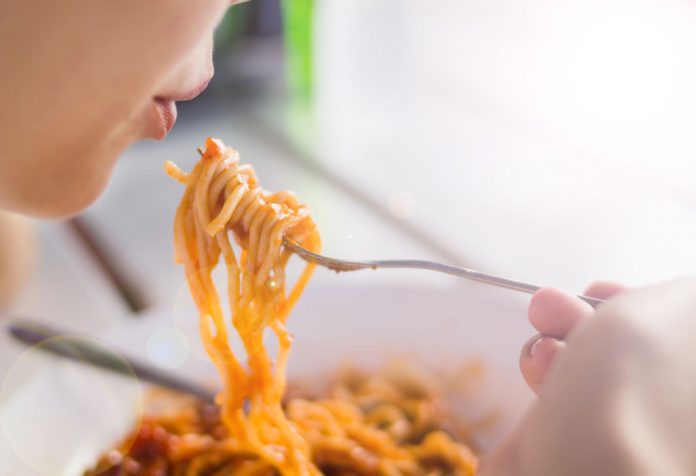 One of the supposed perks of being pregnant is the license to eat, apparently. Pregnant women are actually expected to gain weight, hence are encouraged to “eat for two”. But eating for two is not the right thing to do. A pregnant woman needs extra 350 Kcal per day during the second trimester of her pregnancy and 450 extra Kcal per day in her third trimester. And not every food is safe for the unborn baby. Many everyday food items that taste delicious can have a bad effect on the health of the developing baby and must be avoided. If you are pregnant, you won’t just have to give up on alcohol and caffeine, there are some other items too that you will have to stop eating. One of the foods that you will have to quit (or eat in limited amounts) is noodles, more specifically, instant noodles. Find out why you should avoid eating noodles during pregnancy.

Also Read: Eating Chinese Food During Pregnancy – Safe or Not?

Instant noodles are marketed as the type which can be cooked easily. They come with a pack of masala in them that adds taste to the noodles. While the noodle cake might be bland and harmless, it is some of the ingredients in the condiments packet which have the potential to be harmful during pregnancy.

Are Instant Noodles a Healthy Food to Eat During Pregnancy?

Also Read: Eating Pasta During Pregnancy – Is It Safe? 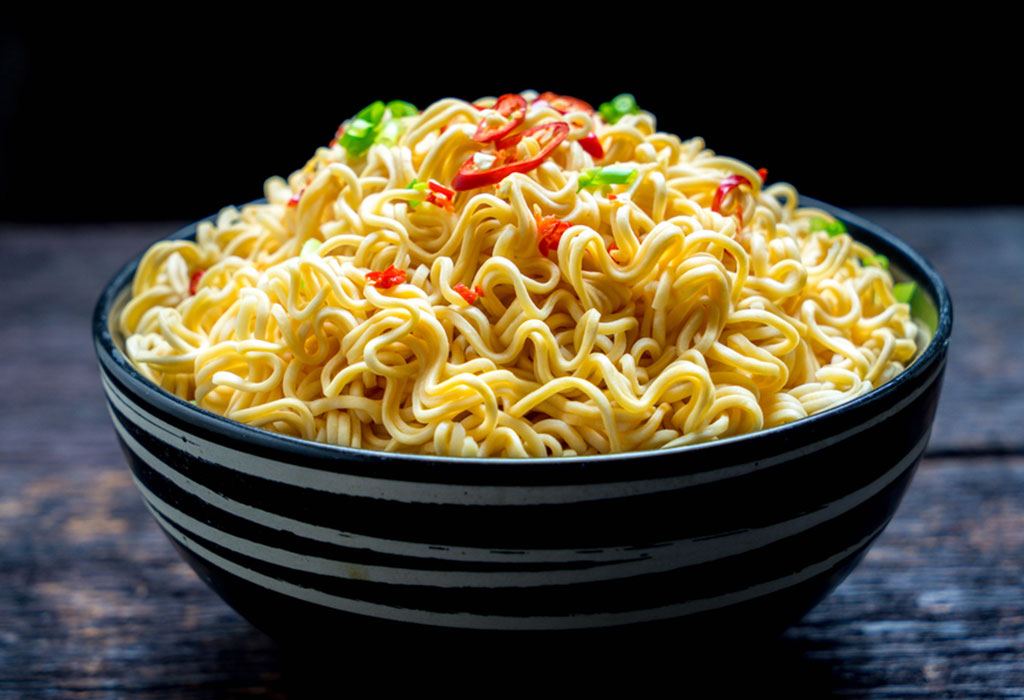 Ingredients in Noodles That Can Be Harmful During Pregnancy

There are a few ingredients present in instant noodles which can pose a risk to your little one growing in your womb, so you must not include them in your diet. Some of these are given below.

Maida is refined flour which has no nutritional value at all as it is completely stripped off of any nutrients during the refining process. It is also hard to digest and stays within the digestive system for a longer period of time. It is also low in fibre and may lead to constipation in pregnancy.

Noodles have a lot of salt in them and can affect your pregnancy if you eat them often. And too much sodium intake during pregnancy can make you susceptible to hypertension in the long run.

Instant noodles have artificial colouring and flavour additives which aim to prolong the shelf life of noodles, but these can hamper the growth of your baby.

Monosodium Glutamate is known to be a common ingredient in many food items, especially savoury snacks. It enhances the taste of the item, so it is used in large quantities in noodles. While pregnant women can process small amounts of MSG, large amounts in the body may pose a risk to the child. So avoid noodles and other food items containing MSG.

What Is TBHQ? What Is Its Role in Instant Noodles?

Tertiary butylhydroquinone (TBHQ) is a toxic chemical used as a preservative in instant noodles. Apart from noodles, it is also found in other food items like snack crackers and frozen foods. It is a petroleum derivative and is even used in paints, cosmetics, and even pesticides. TBHQ is dangerous for the health of a child, especially in the long run.

Side Effects of TBHQ

If foods containing TBHQ are consumed in large quantities during pregnancy, it could lead to nausea, delirium, breathlessness, and tinnitus. It is eliminated by the body after a short period of time, but if you consume instant noodles on a regular basis, it may stay in your body for long. It can also cause metabolic syndrome, which can mess with your blood pressure, cause obesity, and even spike up bad cholesterol levels. TBHQ can also lead to heart issues and diabetes. 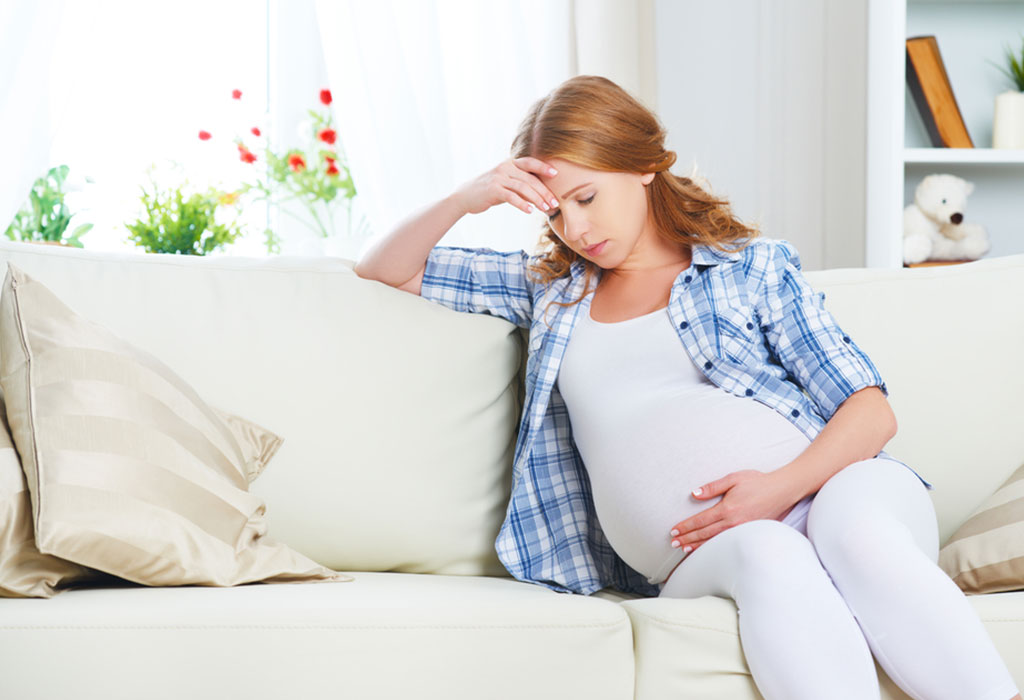 How to Make Noodles Healthier

If you are craving for a steaming bowl of instant noodles, you can indulge in it once in a while, but not too often. And whenever you do it, don’t forget to make it healthier by adding boiled vegetables in ample amounts. Also, if you are adding extra salt, make sure to add only less than half the amount mentioned in the packet.

Healthy Substitutes of Noodles That You Can Try During Pregnancy

Some snacks which are considered healthier alternatives to noodles are oatmeal, sprouts bhel, and even smoothies. You can even make sandwiches with lots of veggies in them and eat sweet potato chips once in a while.

What Do Nutritionists Have to Say?

Doctors and nutritionists suggest against consuming noodles as a staple meal during pregnancy, as they do not provide any nutritional value to you or your baby. However, you can indulge in your cravings once in a while.

Eating processed foods should be totally avoided during pregnancy, but if you can’t give it up completely, you can eat it once in a while. But make sure that you add in vegetables to make it healthier.

Instant noodles are processed food items which do not offer any benefits to a pregnant woman or her baby. While pregnant, if you crave for something that is unhealthy just try to remind yourself that it won’t do any good to your body. After a couple of years of giving birth to your child, you can eat anything you want and satiate your cravings. However, during pregnancy, you must avoid unhealthy foods. Keep your and your little one’s health in mind and avoid instant noodles and other unhealthy foods in pregnancy to prevent any complications in the long run. Have a happy and healthy pregnancy!