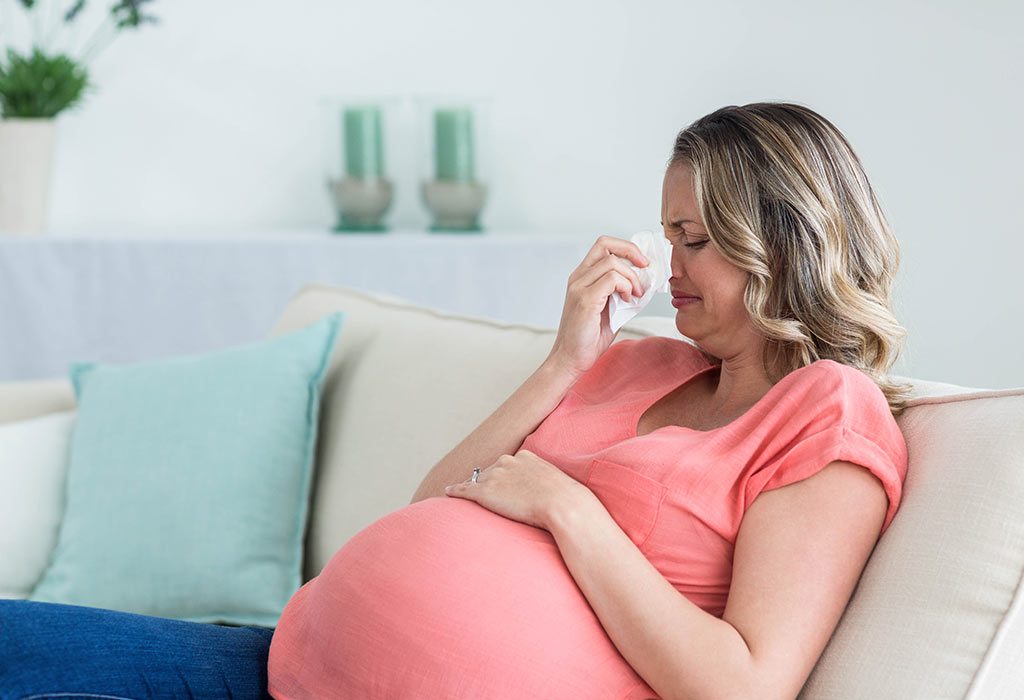 Hay fever is a seasonal allergy that affects the sinuses during late spring and early summer months. It is very common and is often overlooked as a trivial allergy, however, getting it during pregnancy can be a serious problem. This is in part due to exacerbated symptoms and in part, because you are unsure which medications are suitable to take during pregnancy. This article will help you understand all about hay fever during pregnancy, its causes and treatment.

What Is Hay Fever?

Hay fever is an allergic condition known as rhinitis; it leads to inflammation in the inner lining of the nasal cavity. Hay fever affects about five to ten percent of Indians every year. It is common enough that many people ignore it entirely when they are affected.

Hay fever is often caused by exposure to various allergens, such as dust, pollen, fur, and so on. These substances overstimulate the immune system, causing a reaction. This is because the immune system is unable to differentiate between the allergens and actually harmful substances, treating the former as dangerous to the body. Are These Symptoms Any Different in Pregnancy?

The symptoms of hay fever are more extreme during pregnancy as a pregnant woman undergoes a constant hormonal flux. As pregnancy has an effect on the immune system, it is not clear if hay fever symptoms only feel worse or are actually worse during the pregnancy.

Does Hay Fever Have Any Negative Impact on the Foetus?

There is no connection proof suggesting that acquiring hay fever during pregnancy can affect the health and development of the baby. However, the symptoms of hay fever, if severe, can affect the pregnancy or the foetus. For instance, excessive sneezing can cause abdominal pain due to the pressure exerted on the belly. Further, the likelihood of nosebleeds increases during pregnancy, which can be worsened by hay fever. This can be problematic as excessive loss of blood can lead to pregnancy anaemia.

How Is Hay Fever Treated during Pregnancy?

Remedies for Hay Fever during Pregnancy

There are a few natural remedies for hay fever during pregnancy that you can try on your own:

1. Consume Vitamin A and Probiotics

There is a strong connection between healthy intestinal microflora and the immune system. Basically, the bacteria in our gut are believed to influence symptoms of allergic reactions. Foods like curd and yoghurt are rich in these bacteria. Further, eating foods rich in Vitamin A, like carrots, can help strengthen the inner mucous membranes.

Even if stress does not directly result in hay fever, it is believed to raise the levels of histamines in the blood, worsening the symptoms. So, it is important that you take enough rest during pregnancy and avoid stress at all costs.

As most allergens are present outside the house, it is safe to remain indoors as much as possible during mornings and evenings when pollen levels are at their maximum. A humidifier at home which can weigh allergen particles down with water vapour, causing them to fall to the ground is also great.

Remember to clean the dust and pollen off your clothes when you return home from outside. Further, regularly wash and dry your bedsheets and pillowcases for the same reason.

How Long Does a Hay Fever Last in Pregnant Women

Hay fever tends to last around a week to ten days in pregnant women. As you cannot indiscriminately take medications at this time, you might have to endure some discomfort.

When To Call a Doctor

Pregnancy combined with hay fever can be quite exhausting for your body. While some women feel that their symptoms are mild, others may experience severe symptoms of hay fever during pregnancy. However, chronic stress can result in a separate condition known as vasomotor rhinitis. This condition has the same symptoms as hay fever but is caused by an imbalance in the autonomic nervous system rather than an allergic reaction. If you cannot differentiate between vasomotor rhinitis and hay fever symptoms, please consult your doctor immediately.

Hay fever during pregnancy can be quite taxing, but the right treatment at the right time can provide some relief. It is recommended that you do not self-prescribe medicines. Taking preventive measures is the best and if the symptoms tend to get severe, you can always consult a doctor. Also, remember that this allergy is temporary and will pass soon enough. So take precautions and stay safe.

Previous article « 22 Best Learning Apps for Kids
Next article Child’s Psychology – What Do Your Child’s Drawings and Scribbles Mean? »