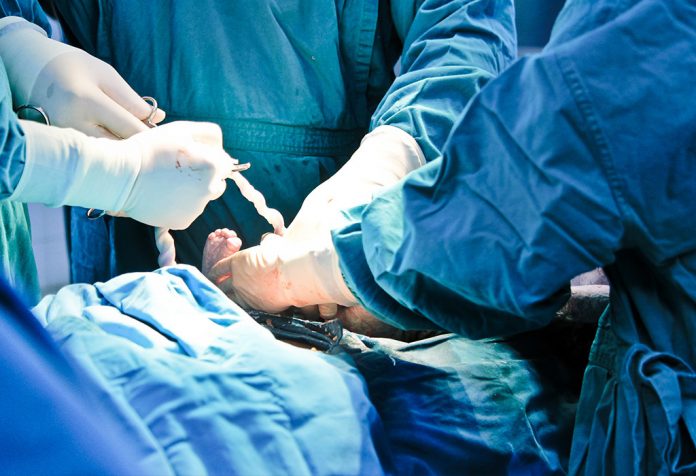 Childbirth is a very unpredictable process. A person may have a very concrete birth plan but labour may not progress as smoothly as originally foreseen. The situation may take unexpected turns and now you are forced to incline towards a C-section rather than a regular birth. It is, in essence, an unplanned c section, and is performed because of the need to remove the baby from the womb as the only way to expedite delivery and remove the foetus from the possibility of harm, including brain damage. While an unplanned C-section is not on any mother-to-be’s birth plan, it is sometimes, a mandatory step for the child and mother’s safety.

What Is an Emergency C-Section?

During the progress of labour doctors have to take a call and decide if a C-section is necessary, and if the baby or the mother is under enough stress to justify initiating an unplanned C-section – immediately. It is generally done when immediate delivery is the only option.

Is an Emergency C-Section the Same as an Unplanned C-Section?

An emergency C-section procedure varies from an unplanned one. When labour is not progressing, the baby is in a breach or sideways presentation, or when contractions are weak, an unplanned C-section is done. Delivery is urgent but the mother or baby is not in an immediately life-threatening situation.

How Does an Emergency C-Section Differ From a Scheduled C-Section?

An emergency C-section is performed as the only option because of many health emergencies, to swiftly deliver the baby, in just a few minutes.

A scheduled C-section is a planned caesarean, commonly called an elective section, which is performed in cases where:

Planned C-sections are at times opted for and planned because of a few non-medical factors like fear and timing of the birth, which is acceptable as long as the mother understands that, though a planned C-section is a common and generally safe procedure, it is still a major surgery which carries the attendant risks of any surgical procedure.

What Are the Complications of an Emergency C-Section?

An emergency C-section is performed in the first place because there have been complications in the progress of labour. These complications present some attendant risks, both during the procedure as well as afterwards and are different from the ones expected from a planned C-section.

The Emergency C-Section Procedure – What You Can Expect

The aim of an emergency C-section procedure is to get the baby out as soon as possible, since each moment counts, to save the life of either the baby or the mother or both. A team of an obstetrician, an anaesthetist, a paediatrician, nurses, as well as surgical assistants will work together to deliver the baby. At times when there is foetal distress, a neonatal team will also stand by to stabilise the baby.

Typically general anaesthetic will be used, and birth partners will not be allowed into the operation theatre. After anesthetization the abdomen will be swabbed and disinfected, the abdominal wall will be incised and the stomach muscles parted to access the uterus. The uterus will be incised and the amniotic fluid evacuated. The baby is then lifted out, head first and its nose and mouth suctioned so that it can breathe. The placenta will be removed and the whole area sutured up and closed. The time from the initial incision to the delivery of the baby can be as short as two minutes.

Recovery From an Emergency C-section

The recovery from an emergency C-section depends on the scale of the emergency faced and amount of complications. If the emergency was handled in time and the outcome was favourable – recovery and care are almost the same as a regular C-section – but longer than vaginal birth. There will be some pain or discomfort associated with the operated site and limited mobility. Hospitalisation for 5-6 days and curbs on exercise & lifting heavy weights for 6-8 weeks is also generally advised.

Since these complex factors make this situation difficult to judge for a layperson – the decision to be pregnant and attempt a VBAC after an emergency C-section should be made in consultation with an experienced Ob-Gyn. The delivery should ideally be attempted in a facility that can easily manage a C-section – emergency or otherwise. The decision to continue or give up attempts at a VBAC should be left to an experienced doctor.

Though an emergency C-section is meant as the last resort, it is sometimes essential in order to save the mother and the child. Through this article, we help you educate yourself and plan accordingly

Beautiful Tattoo Designs with Kids Name to Cherish the Love

A Guide to Know How Preschoolers Communicate

Teaching Your Children About Character Traits

Vajrasana (Diamond Pose) – Benefits and Steps To Do It