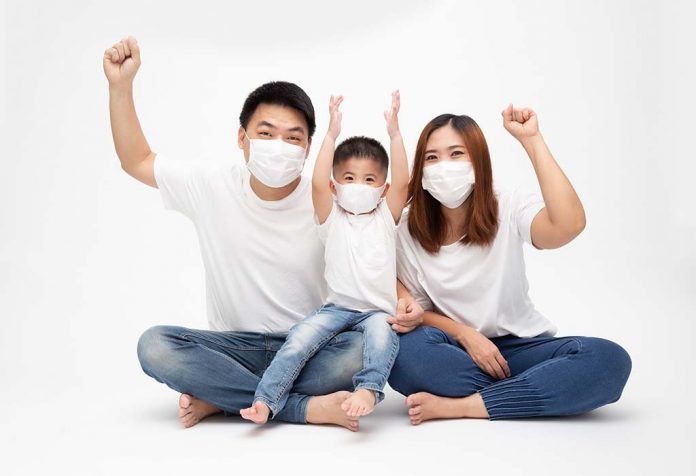 Dealing with COVID for three months from August to October has been very tiring. I just wanted to share with you how emotionally and physically draining it is once you test positive for COVID.

Everything was fine till the first week of August. Then, one day, my sister-in-law called us, saying that she had a severe cold and fever. We were worried if it would be COVID, but hoped that it would be a normal fever. We asked her to isolate herself from her kids (they were six and one year old each). But, things didn’t go as we expected, and a day after my sister-in-law, my brother said he was feverish and had a headache. By now, we were really worried. Before we could even think of taking the test, both his kids got fevers. COVID was at a peak at that time, so we didn’t know what to do. They all tested positive, and were under home quarantine for nearly three weeks. Our family doctor was monitoring them.

My sister-in-law complained of breathing problems, so we took a scan, and found out that she had a lung infection. The doctor said she can be at home and take medication, but has to check her oxygen level and report to him every two hours. Gradually, they started losing their sense of taste and smell. My brother stopped our father from visiting their apartment often to keep food, worried that he would get sick. My father went just to keep medicines in front of his door, and would return. Finally, after nearly a month of struggle, my brother’s family was recovering, and everything was falling into place. Or, that was what we thought, when my sister called saying she had a cold and headache.

Same as my brother, first my sister got fever, then her kids (13 and 6 each) got fever, then my brother-in-law. They were under quarantine for three weeks in the month of September, but before they could recover, my father got a cold and headache, and when tested, he was positive. We immediately decided to admit him in the hospital, since he was above 65 years, and I had my six month old baby boy with me. All were worried that I might get affected, and we admitted my dad on the same day. Only my mom and I were left at home. The corporation officials said that both my mom and I have to get tested. But before the day of the test, my mom knew she would be positive, since she had the same symptoms as my dad. But, she was more worried about me.

After taking a private test, the results came, and my mother came out positive, and me negative. My mother was admitted in the same hospital as my dad, and we were a little bit relieved that at least I was negative… or that was what we thought. A few days after my mom, I started losing my sense of smell and taste. When we asked our doctor, he said it could be a mild infection, and asked me to stay at home, and if I get any symptoms of fever or cold, he would give medication.

Finally, my parents were discharged, and they were home quarantined for one week. Till then, I had to take care of my parents and my baby alone, since the doctor had said that no one should stay with us, since all were COVID positive. After ten days, everything returned to normal, but it took me more than two weeks to get my sense of smell and taste back.

Having to see your entire family suffer for three months drained us emotionally and physically. Now, we all have recovered completely, but that doesn’t mean we are immune to the virus. The doctor said we are prone to the attack anytime, so we have to be alert always.

Everyone, please be safe, and don’t take this as a normal fever. Take immediate action. Please wear masks, and wash your hands and legs before entering your home. Sanitize well. That is the only way you can be safe from the virus.

My Heart Aches As I’m Quarantined. The Kids Are Around, Except Right Here and It Hurts

The Most Memorable Morning – From Hospital Room to Operation Theater!!!