Home Baby How to Deal with Congenital Nystagmus in Babies 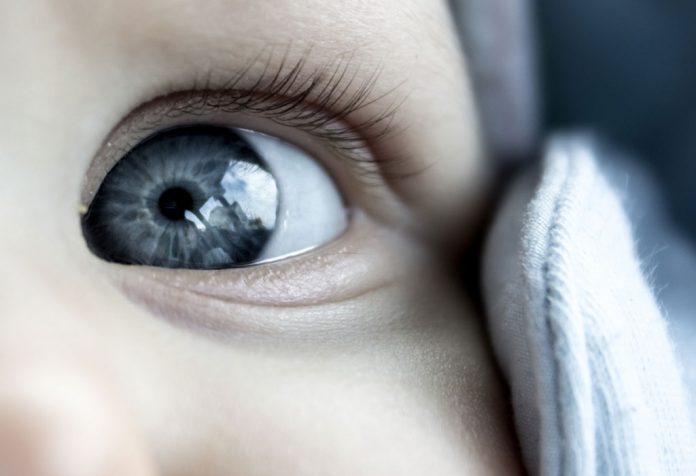 There are many eye diseases that can impact a baby’s vision. While few can be related to alignment and focus issues, some can lead to critical conditions. Ensure your baby receives immediate medical attention so that its eye health can be maintained.

What is Congenital Nystagmus?

Congenital Nystagmus or dancing eye causes involuntary and periodic movements of the eye. This oscillation is a result of an inherent visual or neurological syndrome. Congenital Nystagmus will be noticeable in the baby’s first few months itself. It generally impacts both eyes in a horizontal path. However, cases of circular and up/down movements have also been reported. The baby is unable to control this movement. This condition does not take place while the child is at sleep. If you think your baby is affected by infantile nystagmus, speak to your paediatrician at the earliest.

Genetics can be one of the causes of nystagmus in infants as it can be transferred genetically. Visual deprivation is another cause of this condition in babies. Visual deprivation can happen due to glaucoma, cataracts, retinal detachment, abnormalities in the optic nerve and achromatopsia. Vitamin deficiencies, extended drug use or side effects (recreational or prescribed drugs), strokes of the central nervous system are other causes. It is also caused due to coloboma, where the eye isn’t formed fully. If your infant is born with any of these conditions, it is likely to suffer from congenital nystagmus or early onset nystagmus.

Symptoms of Nystagmus in Babies

A child with nystagmus will have diminished vision and bad depth perception. An obvious symptom is that their eyes are unable to remain steady and keep oscillating. However, babies born with this condition do not realize the vision defect. Double vision, oscillopsia and perceived movement of objects are common symptoms of this disease. Symptoms include dizziness, numbness, poor coordination, and hearing loss. Babies are also unable to follow rapid movements.

Diagnosis of Congenital Nystagmus is carried out in the following ways: As such, there is no definitive cure for Infantile Nystagmus. Correction of refractive errors, treatment of any squint or strabismus, if present, and achieving optimal development of the visual system is of primary importance. Squints need to be treated at the earliest in order to reduce ocular movement using the effect of convergence. Another method used in the treatment is the correction of abnormal head position. Surgery can be performed on babies who have an abnormal head posture through adjustment of extraocular muscles. Since short or long sightedness is a common by-product of Nystagmus, such problems can be addressed with prescribed glasses.

It is necessary to conduct a full ocular and clinical examination which includes family history since nystagmus could be associated with other medical issues. Children with congenital nystagmus do not understand that their visual power is deficient. As they grow, they may have limitations for the kind of profession they choose and parents should be aware of it.

3 Weeks Pregnant: What to Expect

Teach Your Kids About Republic Day

Priyadarshika Ingle - August 10, 2020
With a little baby in the house, its not a surprise that couples tend to lose sight of each other. True, your baby requires...