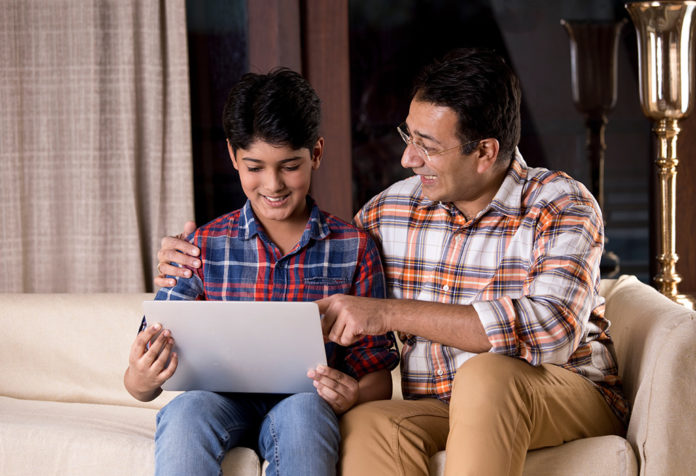 Who Are Codependent Parents?

Codependency is often described in the context of addiction. Although substance abuse is not always prevalent in codependent individuals, it can be characterized as ‘relationship addiction’. These individuals are heavily dependent emotionally on the other person and seek constant validation or set the tone of their well being to the well being of the other person. This can happen in child-parent relationships as well, when the parent becomes mentally and emotionally reliant on the child.

Codependent parents rely heavily on their children for self-esteem, happiness and mental stability because of which, sometimes, they might become overly controlling. When they seem to lose their control or the child behaves against their will, they could lash out and sometimes, even have severe breakdowns. The child, in such instances, will be forced to carry a heavy burden and experience severe emotional toll as the happiness of the codependent parent is in their hands. In the long run, they may form an unhealthy attachment with their child, and in some ways, subtly demand a sense of love and devotion which can become harmful. Codependent parenting is a result of unfulfilling past relationships in the lives of parents who try to make up for it by becoming dependent on the child.

What Are the Signs of a Codependent Parent?

Here are some characteristics of codependent parents:

1. They are easily overwhelmed by their child’s emotions.

2. They have the need to be in control.

As their sense of self and well-being relies heavily on their relationship with the child, they tend to push their boundaries to gain control over the child’s life. Any event or discourse that causes discomfort to the child will immediately be picked up by the parent, resulting in attempts to take control of the situation. They will stop at nothing to gain back their control and feel relaxed having everything go their way.

Codependent parents often try to compensate for their shortcomings in their lives and childhood by playing the victim. They may share stories about how disadvantaged they were to garner sympathy and push the child to do what they wish they had done. For example, a codependent parent may push their children into theatre or sports even when the children are not interested in it.

4. They may ignore other relationships.

Codependent parents would push other relationships to the side fearing it might interfere with their relationship with their children. This means they even push their spouse to the side and the marriage takes a back seat. On the other side, they may also try to pull the child away from their friends in an attempt to become their best friend.

5. They feel that they are always right.

Codependent parents tend to feel that they are never wrong. They also never apologize or take responsibility for the situation they created because admitting wrongdoing would undermine their social image. They view disagreements as a challenge to their dominance and feel threatened by the perceived rebellion by the child. This is what is commonly experienced by many grown-up children as ‘talking to a brick wall’. In many instances, children would leave choices for school or colleges to their parents for the same reason.

6. They tend to use guilt as a weapon.

Codependent parents often resort to silent treatment and passive-aggressive tactics to guilt-trip their children into submitting. A classic example is of a parent who complains that their adult child doesn’t visit them often. When the child promises she will visit more often, the parent would respond with “You don’t have to visit if you don’t feel like it” to remain the victim. Impact of a Parent’s Codependency on Children

Relationships with people who are codependent can be emotionally draining, abusive at times and ultimately destructive. A codependent parent-child relationship can have a lasting negative impact on the child in terms of mental health, emotional intelligence and relationships as an adult.

Parents and guardians play a critical role in the mental and emotional development of children as children pick up their behaviours and develop as individuals. One of the effects of a codependent parent is that children learn codependent behaviours and mimic them in all the relationships they have as adults. The feeling of inadequacy and insecurities can quickly become part of their nature and affect them mentally and emotionally.

Although some level of control by parents is normal and even necessary, codependent parents take it to the extreme levels as they always want to control their child’s life, to regulate their worries and anxieties. If the child eventually figures out what codependency is, they may empathize with the parent or feel resentful.

Here is what you can do as a parent codependent on your child:

If you are unable to resolve your codependency issue or you are unsure where to begin from, seeking a professional counsellor is the best option. The therapy sessions can help you understand or even resolve past relationship problems and consequently decrease your dependency.

2. Have respectful and open communication.

If you are in the habit of lashing out on your children when things don’t go your way, it is essential that you learn how to maintain your composure even when feelings of insecurity are strong. Have open communication with honesty and without manipulation with your children to break the outburst cycles.

Make it a habit to let your children know that their value doesn’t come from always pleasing you or other people. They need to know that love and respect are reciprocative and unconditional. Apologize if you overstep your boundaries and make amendments to not repeat your abusive behaviour.

Although it might be tempting to intervene in your children’s activities, give them the freedom and opportunity to face their challenges, make mistakes and learn from it in an age-appropriate manner. Manage your own anxiety and make it a habit to let go of trivial things.

Satisfy your own emotional needs in healthy ways and spend time caring for yourself and building up your self-esteem instead of depending on your child for all of it. Engage in positive self-talk and activities that broaden your perspective.

Codependent parenting can leave lasting emotional scars for children and affect their relationships as adults. People who are codependent can do better by seeking professional help on how to manage themselves better as parents and not burden their children with being responsible for their well being.

Relevance of Nasya in Ayurveda in the Present World

Here’s Why You Should Never Go to Bed Angry