Home Pregnancy Complications Blood Clot in the Uterus During Pregnancy 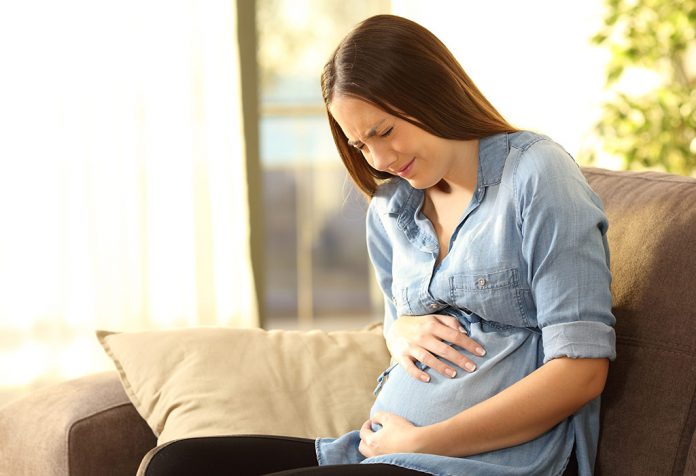 Pregnancy is a phase in which a woman experiences a lot of changes, both emotionally and physically. It is, therefore, very important to take good care of your health and monitor all the changes that occur. Excessive vaginal bleeding during pregnancy is abnormal and needs to be reported to the doctor to prevent any risks or complications.

What Is a Blood Clot in the Uterus?

Whenever the body experiences an injury, like a cut or a wound, it is accompanied by bleeding, which subsequently leads to blood clots. Similarly, when the placenta separates or detaches from the uterine wall, it leads to bleeding and blood clotting – just how your body responds to any wound. The placenta is the key organ that maintains the transport of nutrients and oxygen between the mother and the baby. Any damage to it is a serious problem and must be addressed immediately. These blood clots can occur during any time of the pregnancy – even during delivery.

What Are the Types of Blood Clots in the Uterus?

Blood clots or haematomas are classified according to the location of their origin. With respect to the placenta, there are two types of haematomas: subchorionic haematomas and retroplacental hematomas.

Blood clots that originate along the edges of the placenta are called subchorionic hematomas, and the ones that occur behind the placenta are known as retroplacental haematomas. Another type of blood clot that occurs due to the breaking down of blood vessels near the umbilical cord is called an amniotic haematoma and is usually found in front of the placenta. The type of blood clot is diagnosed by the doctor using ultrasound – a subchorionic haematoma – can be diagnosed in the first trimester itself.

Causes of Blood Clots in the Uterus During Pregnancy

Blood clots in the uterus occur when a part of the placenta separates from the uterine wall during the course of pregnancy. The reasons for the separation are still being investigated by doctors, but with little success. However, doctors have been able to identify some risk factors.

Most times, uterine clots get re-absorbed into the uterus, or they remain in the body till delivery. As long as your ultrasounds show that the pregnancy is progressing just fine, there is nothing to worry about.

Complications caused by blood clots during pregnancy can range from a heart attack to a miscarriage. Hence, it is very important to report any excessive vaginal bleeding that occurs during pregnancy. However, it has been seen that there are very few chances of a miscarriage to occur due to a subchorionic haematoma, which is the most common type. Other complications that have been reported include: 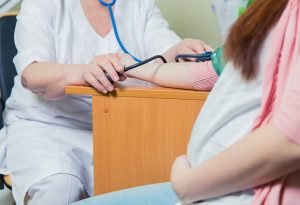 Most of these blood clots do not require any sort of treatment and are self-resolving. The doctor will suggest rest for the mother as a remedy. Also, monitoring the clot over a few weeks to assess the size and any further complications is advised. Sometimes, the clot might only get detected during delivery. In these cases, the mother needs to follow up with ultrasounds to keep a check on the healing of the clot.

Excessive vaginal bleeding during pregnancy is an abnormal phenomenon and must be reported to the doctor. It is important to remember that vaginal bleeding can also be caused by factors such as sex or hormonal changes, and needn’t necessarily be a cause for concern. An ultrasound can diagnose the cause of bleeding and the location and size of the blood clot if there is one. Tracking any bleeding or other abnormal change during the pregnancy and keeping the doctor informed is the best way to avoid any risks to the mother and the baby.

Resources and References: What to Expect

How to Deal With Rashes During Pregnancy

Ruchelle Fernandes - September 28, 2020
Yoga has been becoming increasingly popular amongst people of all age groups around the world and this therapeutic, calming, and relaxing form of exercise...