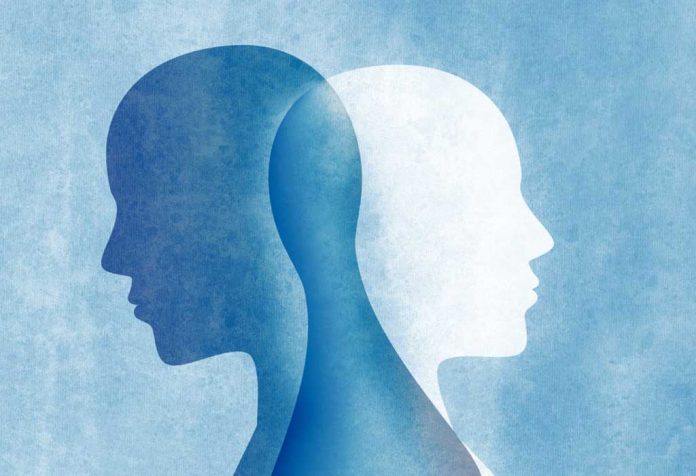 While ups and downs in the moods are very common in children, as well as adults nowadays, a heavy and frequent change in the moods of the children should be noticed and action should be taken immediately to understand the problem. Understanding children’s behaviour and health condition regularly is very important and should not be neglected at any point in time. In this article, we’ve tried to provide some insights into bipolar disorder in kids and ways to manage it. Read on to know.

What Is Bipolar Disorder?

Bipolar Disorder is a chronic mental health condition. It affects the brain of the patient causing him to experience extreme mood and behavioral changes. It is also known as Bipolar Affective Disorder or Manic-Depressive Illness. Bipolar disorder generally affects adult or adolescent people, but it can also sometimes affect children. According to the National Center for Biotechnology Information (NCBI), it affects approximately 3% of the normal children from the total population and about 7% of children who are under some form of psychiatric care.

Bipolar in children can lead them to experience different moods. Sometimes they can be in the manic phase, wherein they feel more energetic and happier than usual or are hyperactive. Sometimes they experience depressive episodes with periods of intense sadness, tiredness, or hopelessness. They can also feel both these phases at the same time. This is known as the mixed mood phase. The symptoms of bipolar disorder are somewhat similar to the symptoms and conditions of ADHD, depression, and anxiety disorders. Therefore, its diagnosis is a bit complicated and requires a comprehensive and detailed evaluation by trained mental health professionals.

Types of Bipolar Disorder in Children

There are generally two forms of bipolar disorders that are being observed in children:

Bipolar I is a serious form of bipolar disorder that is sometimes referred to as “manic-depressive illness”. In Bipolar I, the children experience the most serious forms of mixed emotions that generally go on for a week. This affects the child in such a deep state that they are not able to sleep or function properly. This form of the disorder can happen after some serious depressive episode and can even require hospitalization.

This form is similar to Bipolar I but it is less serious and the effect also lasts for a maximum of 4 days. However, it is can be a cause of concern as it can affect regular activities and the life of the patient. It thus requires intensive care and treatment just like in Bipolar 1.

This is the mildest form of bipolar disorder where the symptoms don’t stay for long and the severity is also less than the other two forms. The diagnosis of Bipolar NOS is however more unclear for children, and that makes it more complicated.

Causes of Bipolar Disorder in Children

Research indicates that multiple factors like life experiences or environmental factors increase the risk of the disorder in children. Some of the causes can be:

There are certain factors that increase the risk of developing bipolar disorder, such as an abusive or mentally ill parent, poverty, and drug abuse.

Signs and Symptoms of Bipolar Disorder

The children suffering from different phases can experience different emotions at a heightened level. These emotions, sometimes, can be mixed as well. The symptoms are very different from normal and healthy children’s behaviours and activities. Read on to know more.

Symptoms of Mania in Children

The children suffering from mania can experience:

Symptoms of Depression in Children

Diagnosis of Bipolar Disorder in Children

There is no test or practical evaluation that can diagnose the presence of childhood bipolar disorder. A Children’s mental health practitioner, generally a child psychologist, will perform a detailed evaluation of the child’s behavioural patterns and symptoms. He/she will ask all the questions related to the child’s symptoms, energy levels, relationships, medical history, environmental conditions, and behavioural patterns and then form a detailed investigation of these symptoms. This is mostly because other forms of diseases, such as depression or ADHD, show the same symptoms in children. The doctor might perform some tests to understand if the symptoms are affected by other things. He/she will then compare the detailed evaluation with the existing symptoms and criteria to figure out if the child is suffering from this disorder.

Treatment of Bipolar Disorder in Children

Bipolar disorder in children can be treated with a combination of different treatments like:

It is very important that the child let the consultant know any discomfort or any problem they are facing during the treatment for proper guidance and effective results.

It is also found that some children suffering from bipolar disorder have other mental illnesses, or some form of behavioural disorder also. Researchers have found that approximately 60%-80% of people suffering from the disorder also have ADHD. There are other forms of conditions, such as anxiety and behavioural disorders, that are likely to occur in children with bipolar disorder.

How to Support Children With Bipolar Disorder

Since family and school both are part of children’s lives, they will require equal support from each of them.

The whole family is affected when there is a child suffering from bipolar disorder. So, It is important for the whole family to support the child and help him manage the symptoms. They can engage and encourage the child to talk and listen to them properly. They can also help the child have some fun and learn to manage his complex emotions at times to deal with them. Since the child might not want to receive any treatments, it is essential to talk with him and help him understand the importance of the treatment as well as the medication.

When the child is suffering from bipolar disorder, it is important to coordinate with the school authorities for support. The school can assist in the academic needs of the child according to his symptoms and create a developmental plan in case the child suffers from any behavioural problems at school. They can also help the child provide extra assistance and guidance in his curriculum.

When to Seek the Doctor’s Help

Since the condition of the child with bipolar disorder is very sensitive, it is important to observe him more to help him. You should immediately see the doctor if:

1. How common is bipolar disorder in kids?

Ans: Bipolar disorder is not as common in children as it is in adults. Studies have shown that approximately 3% of the children in the total population suffer from bipolar disorder.

2. How serious is bipolar disorder?

Ans: Bipolar disorder needs to be taken care of. If left untreated or inadequately treated, it might lead to failure in academics, engagement in violent activities, legal issues, financial troubles, or suicide attempt. So, prompt action and proper treatment are required.

3. How can I prevent my child from developing bipolar disorder?

Ans: Since there is no particular cause or reason as to why this happens, it cannot be totally prevented. However, parents may try to provide a better environment for the child to grow in. The ones suffering from bipolar disorder can consult with a mental health expert to lessen the chances of the disorder in his/her future children.

It is difficult to see your child suffer from the symptoms of bipolar disorder. The best you can do to help them through this is to be patient and surround the child will all the love, support, and warmth. Observe and track any slightest behavioural change and seek medical assistance if needed. Children need to be taken care of and all we need to do is learn more about how to support them. Although bipolar disorder is not completely treatable, people suffering from the disorder can also live healthy and happy lives by managing the symptoms.