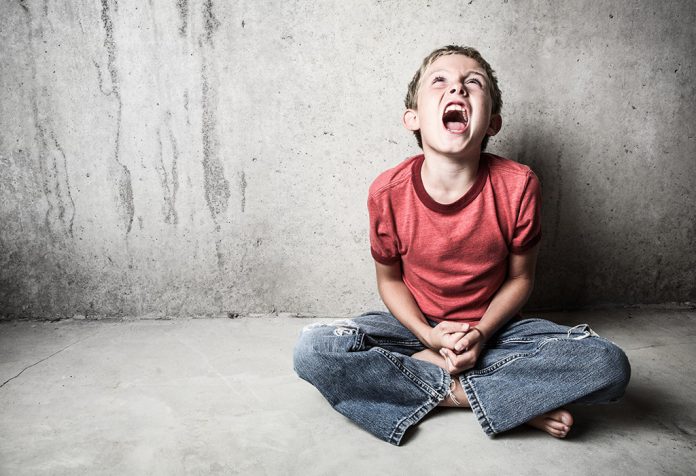 Oppositional Defiant Disorder or ODD stretches beyond simply bad behaviour. This is evident when a child loses control over his feelings, behaviour, and thoughts. He becomes non-cooperative and displays a rebellious attitude. Parenting a child with ODD then becomes a huge challenge and demands a professional diagnosis.

What Is Oppositional Defiant Disorder (ODD)?

Oppositional Defiant Disorder (ODD) is a common behavioural disorder in children that leads to defiant and rebellious behaviour. It is defined by irritable moods, disobedience, and defiance against parents, teachers and other authority figures. The child refuses to do things he is asked to and reacts angrily or aggressively when forced to do it. He thinks the tasks instructed to him are not reasonable and hence refuses to carry them out.

How Common Is ODD In Kids?

Oppositional Defiant Disorder is known to affect young kids and children at an adolescent age too. Every one child out of 10 children below 12 years of age is said to be afflicted by ODD. The number of boys affected by ODD is twice that of the girls with ODD.

However, it is estimated that more than 2/3rd of kids affected by ODD overcome these behavioural changes as they grow in age. Also, children with Oppositional Defiant Disorder do not display a majority of these symptoms by the time they reach 18 years. Various factors need to come together for a child to develop symptoms related to ODD. Research has been unable to narrow down one specific reason for the onset of Oppositional Defiant Disorder. Here are a few causes that could cause the development of ODD in children:

Contrary to popular belief, it is not only teenagers who can show a rebellious attitude. Your child could display signs of ODD before he could attain the age of eight. But the line between a strong-willed child and one who has ODD is quite subtle and is difficult to distinguish. Also, signs and symptoms of girls and boys could be different.

If you are keen to determine if your child has ODD or is being plain stubborn, check the following emotional and behavioural symptoms:

These signs and symptoms can be categorised as follows: While diagnosing ODD, the doctor will have to understand the child’s complete medical history. He will also quiz you to get an insight into your child’s behaviour. The doctor will need information related to the duration of this behaviour, its pattern and a few incidents when you found the child’s behaviour disruptive. To understand if there is a physical cause of these behavioural symptoms, you can provide inputs about your kid’s physical health.

ODD specialists like therapists and psychologists are capable of handling ODD diagnosis. They often use questionnaires to supplement their diagnosis and collect details. By doing so, you will know if the child has been afflicted with ODD, or if he is reacting to a situation at home or school.

It is necessary to be open to the therapist, or the diagnosis may not be accurate. Give them a clear picture of the child’s social and emotional behaviour. Describe how he reacts to various situations at home, with friends or at school. This honesty will go a long way in making the right diagnosis and then begin the necessary treatment. The following risk factors could contribute to the occurrence of Oppositional Defiant Disorder (ODD) and enhance its growth:

If ODD is left untreated, it can cause a fair amount of stress and worry for parents. Apart from the effect on the family, the child will face some difficulties too. Therefore, an early diagnosis of his condition can help in preventing future complications in his/her life. These complications could be long term and short term and include the following:

At times, children suffering from ODD could develop mental health issues like anxiety or mood disorders, language disorders, learning disorders and ADHD- Attention Deficient Hyperactivity Disorder. The last mentioned is known to be a frequent companion with ODD. The therapist will learn about such added complications during the child’s diagnosis.

Treatment for Oppositional Defiant Disorder includes long-term psychotherapy coupled with behavioural training for the child and family members. The method of treatment is dependent on the following factors: Medications are not prescribed for ODD unless it is accompanied by any other mental issue or behavioural disorder.

The following types of treatments are recommended for children diagnosed with ODD: Activities For Children With ODD

Activities and games are at the top of the list when it comes to modifying your child’s behaviour. Although it may be difficult for you to get him to join, you could try the following activities:

As a parent, you are entirely empowered to help your child to deal with ODD. The following things can make life better for your child and help them get rid of the disorder:

Since ODD is a behavioural disorder developed due to various conditions around the child, do not take it personally. If you focus on changing the child’s behaviour, you will be able to make a sea change to the child’s personality.

Effective Tips to Get Your Kids to Eat Their Veggies

Experts Find Four Feeding Mistakes That Make Your Baby Get Taller But NOT Healthier!

Rested and Raring to Workout After a Day Off