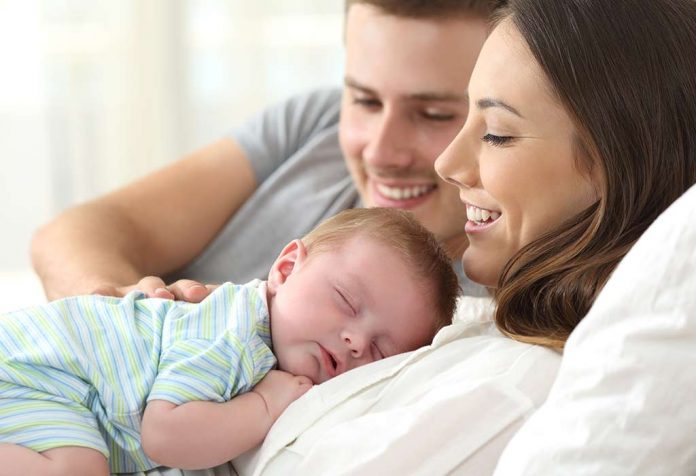 The lullaby ‘Somewhere Over the Rainbow’ is very popular, and new parents often sing this lullaby to their babies to put them to bed. If you are in search of a new lullaby to sing to your baby, you must consider this. Your baby will definitely love sleeping to this soothing song. If you have never heard of this lullaby before, we bring you its lyrics. Play this song on your phone, and sing along with the help of the lyrics given below. We will also tell you some amazing and interesting facts about ‘Somewhere over the rainbow’ song. But first, we suggest that you go through its lyrics!

‘Somewhere Over the Rainbow’ – Lyrics

Somewhere, over the rainbow, way up high
There’s a land that I heard of once in a lullaby

Somewhere, over the rainbow, skies are blue
And the dreams that you dare to dream really do come true

If happy little bluebirds fly
Beyond the rainbow
Why, oh why, can’t I?

The original song was written by Yip Harburg and composed by Harold Arlen for the movie ‘The Wizard Of The Oz’ in the year 1939. This ballad gained much popularity after the movie was released and it even won the Academy Award for Best Original Song in the following year. When the actress Judy Garland as Dorothy in the movie sang this song, little did she know that this song was going to become her signature number. According to Judy, this song became a part of her life. The song ‘Somewhere over the rainbow’ for the movie ‘The Wizard of the Oz’ became so popular that it was voted the best song of the 20th century by the Recording Industry Association of America and the National Endowment for the Arts.

It’s a beautiful song and even after so many years, it remains popular among parents. So sing this song to your baby and watch him sleep peacefully!

Is it Safe to Eat Sweets Excessively During Pregnancy?

Tips and Tricks for Using Colored Pencils for Kids

A Healthy and Tasty Menu for Your 9-Month-Old Baby