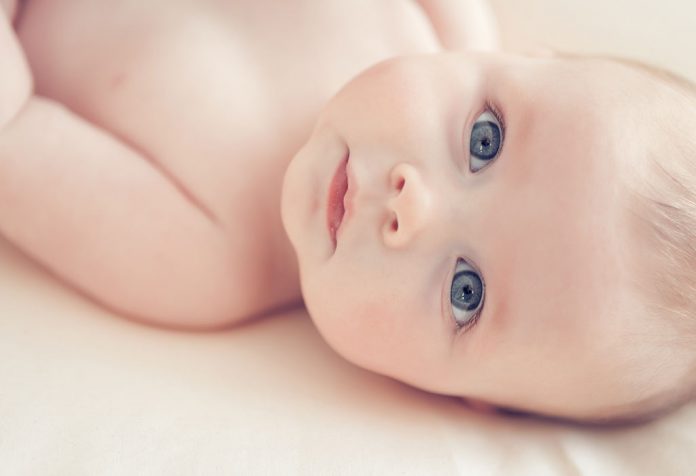 New parents find everything adorable and special about their newborn babies, from their smiles to their eyes. So it’s no wonder that babies born with blue eyes become extra special, as blue eyes are quite rare. Blue-eyed babies are found adorable by most people. However, their eyes may change as they grow up as the body produces more melanin. Parents often wonder if their baby’s eyes will remain blue or change colour as he grows up.

Is It True That All Babies Are Born With Blue Eyes?

The Science Behind Blue Eyes

Eye color is a term that refers to the iris colour, not the colour of the whole eye. Iris is a ring around the black coloured pupil. The color of the iris is determined by the amount of melanin present in it. Melanin is a brown colour pigment, so the darker the eye or iris colour, the more melanin present. Blue or light-coloured eyes mean little melanin present in the eyes, not the presence of blue pigment in the eyes.  Iris is formed of three layers, and babies with brown eyes have melanin in all three layers. A baby with blue eyes has melanin in its back layer only. The back layer mostly absorbs the light entering the eyes, and the particles present in the middle layer of the iris reflect the remaining light out as blue colour, so the baby’s eyes appear to be blue.

Melanin is a natural pigment or a protein secreted by melanocytes, a special kind of cells. Melanocytes produce melanin in the presence of daylight. The newborn baby has spent all its life’s months in the womb away from light, so the melanocytes present in its body didn’t have much light to trigger the melanin production in its irises. Though for many babies, melanocytes don’t need daylight to produce melanin or pump melanin in the developing irises. These babies are born with eyes colour brown or dark. Blue eyes baby is born with light-coloured or blue eyes, due to less melanin present in the eyes.  However, less melanin is not the only reason for blue eyes in a baby. Ethnicity and parents or ancestors with blue eyes also play a role in a baby born with blue eyes.

Ancestry as a Clue of Blue Eyes in Babies

A baby’s eye colour depends on many factors such as melanin present in the iris, genetics, and ethnicity. Anyone in the baby’s direct or second heredity line with blue eyes increases the chance of the baby having blue eyes. Therefore, babies with one or both parents or with any grandparent, aunt, uncle, or sibling with blue coloured eyes have higher chances of having blue coloured eyes. Similarly, babies of Caucasian or European ancestors have high chances of having blue eyes than babies with Asian or Hispanic ancestors.

Melanin is the main thing that determines the eye colour of a baby. However, the eye colours in the family tree- the parents and grandparents mainly, and great grandparents and even the great uncle to a certain extent, determine the amount of melanin secreted. So two blue-eyed parents have higher chances of having a blue-eyed baby, though there are chances they might have a baby with brown eyes too. Similarly, parents with brown eyes can have a blue-eyed baby if someone in the family, such as grandparents or great uncle, had blue eyes. So due to multiple genes involved or due to genetic complexity, a baby can have blue eyes even if no one in its direct or second ancestors had blue eyes and some great-great-aunt had blue eyes. 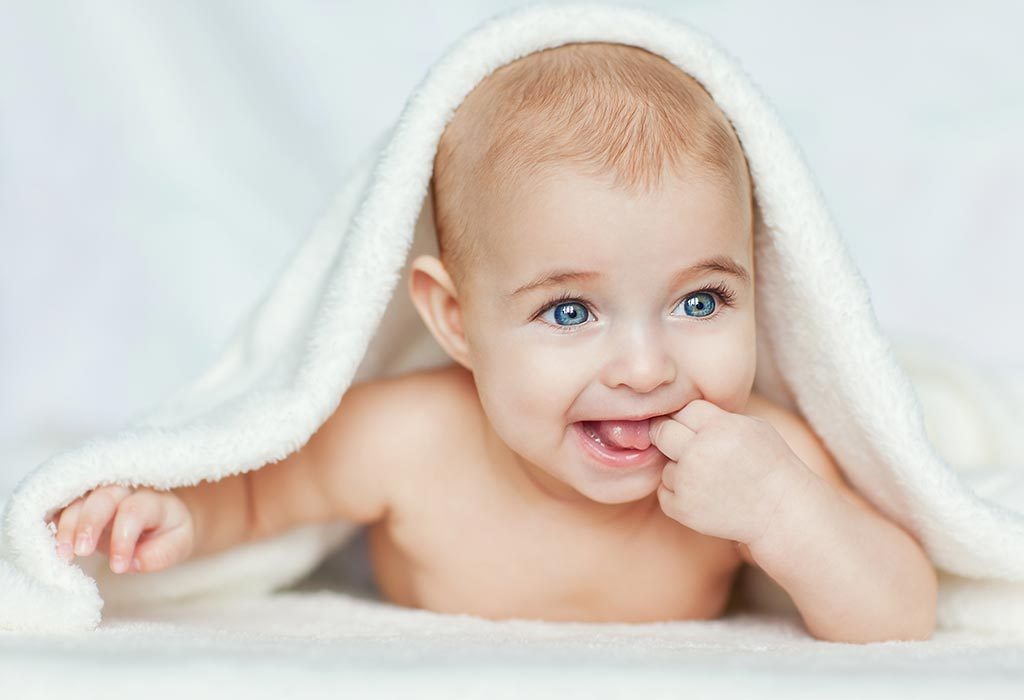 The blue eyes at the birth of a baby may change as the baby grows up and the melanin production increases. Therefore, a baby with blue eyes can have brown eyes as they grow. There is no set time to determine when the newborn blue eyes will change colour, as not every eye colour changes. Sometimes, the baby’s eyes remain of the same color as he was born with, and sometimes a baby’s eyes change colour for more than one time.

Genetics play a major role in eye color, as it determines the amount of melanin secretion in the baby’s iris. A baby inherits one gene from each parent, and both these genes determine the eye colour, along with other things. Here are a few predictions on how to know if baby’s eyes will stay blue or if they will change colour:

The Anti-Bloating Lifestyle you Must Try

Teaching Your Kids to Write – 10 Tips that Work Wonders

5 Reasons Why You Should Clean Your Makeup Brushes

A Mother’s Fear: Can I Protect My Daughter From This Cruel World?