A Guide to Common Skin Conditions in Children

A Guide to Common Skin Conditions in Children 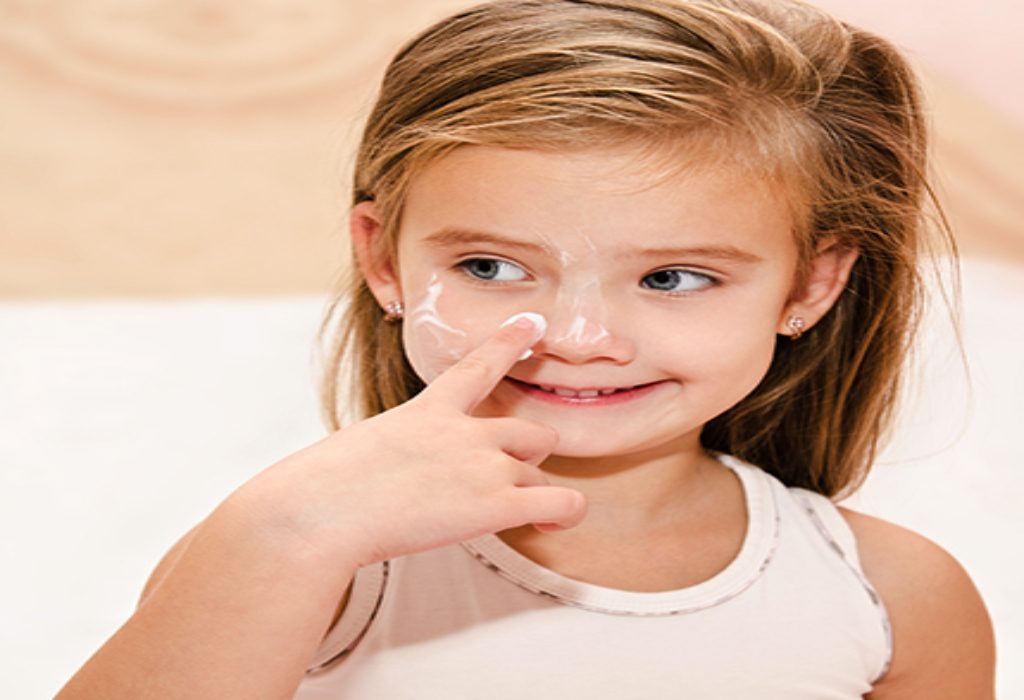 Rashes, bumps or welts on a toddler’s skin occur due to some common allergies, sickness, heat and cold that cause changes in the skin. These are not usually harmful, and can be treated easily.

Toddlers are exposed to the outside environment a lot more than babies are. Though they are stronger than newborns, their immune systems are still developing and are not robust enough to withstand every infection or allergic reaction. Parents need to detect these conditions and get medical help to treat the problem for speedy recovery.

This used to be quite a common rash among toddlers, but with the introduction of various vaccines, its occurrence has reduced considerably. It is contagious and spreads fast. Sometimes, it can leave itchy rashes and red marks.

Symptoms of Chickenpox in Children

It is easily detected as the child’s body is covered in blister-like itchy rashes. These marks take time to heal. They burst, dry up and then form a crust. It can be accompanied with fever.

Treatment of Chickenpox in Children

You must vaccinate your child in the prescribed age to avoid chickenpox. A mild cream can be applied on the blisters to soothe the itching after consulting your doctor.

This is a common skin problem in toddlers and is caused due to a fungus which lives off dead skin, nail tissues or hair. It can be acquired from other children or animals. If the child shares his clothes or toys with an infected toddler, he could get the rash too. It usually affects scalp, feet and groin but can occur anywhere in the body.

Symptoms of Ring-worms in Toddlers

It starts as a red patch or a bump and transforms into an itchy red ring-like rash. It has scaly or blistery borders and is highly contagious.

Treatment of Ring-worms in Toddlers

Doctors usually prescribe anti-fungal creams for treatment. In case it affects the scalp of the child, then the specialist would recommend an anti-fungal shampoo or medicine.

This is contagious and is a mild illness which lasts for a couple of weeks in toddlers. It spreads through coughs and sneezes and is the most contagious before the rash appears.

Symptoms of Fifth Disease in Children

The fifth disease has flu-like symptoms and can be recognised by body rash, especially red cheeks.

Treatment of Fifth Disease in Children

This condition can be treated with adequate rest, pain relievers and fluids. Avoid giving aspirin without doctor’s recommendation. If an expecting mother’s first child is suffering from fifth disease, it is advisable to consult a doctor right away. These are caused due to viruses and are mostly painless and do not cause any damage. They are highly contagious and also spread when you touch an object used by a person who is infected with the virus. Children must be prevented from biting nails as a preventive measure.

Symptoms of Warts in Toddlers

They are usually found on hands and fingers. They are mostly of skin-colour, but can be dark and rough sometimes. Plantar warts can grow on the feet.

Treatment of Warts in Toddlers

Cover them with bandages meant especially for warts or let them heal by themselves as there is no treatment for the condition.

Sweat causes prickly heat which are basically heat rashes. This usually happens during summer time or by putting on warm and tight clothes on the child.

Symptoms of Prickly Heat in Children

These rashes look like small pimples in red or pink color. They appear on the child’s head, shoulders and neck.

Treatment of Prickly Heat in Children

Children who are prone to eczema have allergies and asthma as well. The exact reason isn’t clear, but kids with low immune system face this problem. Be careful about rashes with dry skin or intense itching. Atopic dermatitis is a very common type of this disease. It outgrows with time or have milder cases once children grow up.

Symptoms of Eczema in Kids

Atopic eczema usually appears near the elbows, back of knees, ears and eyes. The skin becomes itchy, red and dry.

Treatment of Eczema in Kids

Apply a mild soap and moisturiser over the infected area. You can buy a skin-friendly gentle soap for your baby. Avoid steaming hot baths as they can further dry up the skin. Consult a doctor for medicated creams and ointments that reduce the itching.

Take care of your child’s skin by maintaining a hygienic routine and making him wash his hands regularly to keep infections at bay. As soon as you notice something unusual that is making the child uncomfortable, consult a doctor.