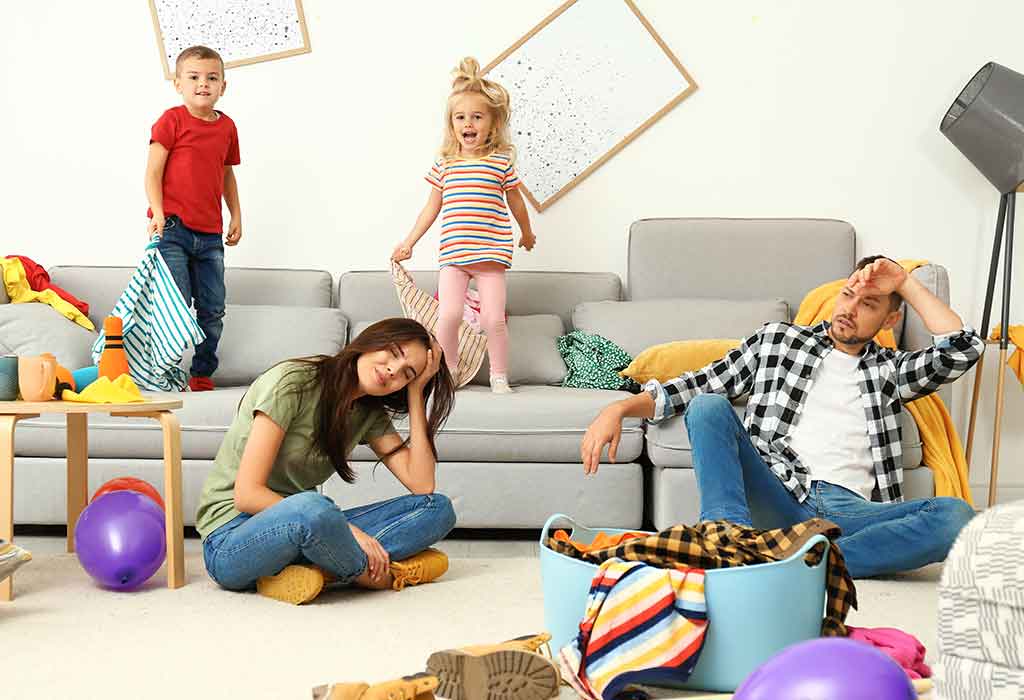 Names do not follow any predictable structures, and naming conventions can vary depending on certain cultural groups and customs. No matter where you come from, names make the first impression. However, names with unusual spellings or have ‘chaos’ or ‘trouble’ as their meanings may sound pretty attractive to some parents. Some names may have different meanings in different languages. Parents who dare to think differently and want to name their baby depending on their cute yet chaotic behaviour can choose names that mean destruction. These names may have traditionally been associated with evil or may sound cool and trendy in modern times. Information on names given below belonging to both genders will not just aid in your quest for suitable names for your newborn child but may arm them to live with confidence and fight back adversities later in life.

Children with fiery personalities are fun to have around. Children with a name that means trouble may seem funny but can add a bit of excitement to your baby boy’s character. Here is a compilation of Baby boy names that mean chaos that might be most suitable for your little munchkin.

This name of Indian origin means ‘”destroyer of foes.”

Of Hebrew origin, Abaddon is a biblical name that means “ruin” or “destruction.”

This name of Greek origin means “persecutor” or “tormentor.”

This name Asani means ‘wraith’ in Sinhala and is also the name of a cyclone.

The name is of Swiss and German origins, and it means ‘to burn’.

This Irish name refers to a ‘one-eyed giant.’

Blazer has a Middle English origin and means “fire.”

This old Roman name of Latin origin means ‘heavy’ or ‘masculine,’ or ‘somebody who is brutal.’

This name of Hebrew origin means “spear” or “possessed.”

The name is derived from the Gaelic word “cam sron” and means ‘crooked nose’.

This ultra-cool jazzy Latin name means “dyer” or “right-handed.” This name belongs to the serial killer, Dexter, from the famous series of the same name.

Donahue means “brown” and “battle” in Gaelic. It is a variant of Donoghue.

The name has many versions and it means ‘banished’.

This English name is the name of an animal associated with cunning nature.

The name is of Norman origin and means ‘glutton’.

The name is of English origin. This unique name means ‘scarred’.

This name of English origin means “the one who hunts.”

This name is of Hebrew origin and means ‘without glory’.

Jett is an English name that means ‘Jet Black.’

This name has become synonymous with the word ‘traitor’ as it was Judas, the apostle, that betrayed Jesus Christ. The name means ‘the praised one’.

This name of the archangel cast into hell means ‘light-bearer’ in Latin.

This is an Old French name which means ‘territory’.

This name is from Old Northern French and means ‘dead pond’.

This name was made popular by a movie about a fish. However, the name has a dark meaning; ‘nobody’.

This Hindu name is said to be the power of Brahma, Vishnu, and Shiva combined.

This Greek name is associated with curses or trouble.

The name is a gender-neutral name of American origin. The name means ‘loud’.

Derived from Old English, Ravens are associated with the Norse God, Odin, father of Thor, and the color black.

Shammoth is a Christian name of Israeli origin that means ‘desolations.’

This name is for a person who ‘shoots’.

Striker is an English name that means ‘a blacksmith’s helper who wields the sled.’

This name of Hebrew origin means “Venom of God.”

This name of Indian origin refers to the Hindu God of Destruction.

The origin of the name is Irish, and it means ‘dark’.

This name of Scandinavian origin means ‘Chooser of the Slain.’

Wolf is a German name that is a diminutive of Wolfgang. The name refers to an animal or a person with a split personality.

The name ‘wild’ was originally derived from the Old English word “wilde”, which means ‘untamed’.

This name was used by Caucasians for Indians who lived in the Valley. The name means ‘grizzly bears’.

The name is of Polish origins and means ‘to dispel’. Baby girls aren’t always as quiet, docile, or obedient as they’re traditionally perceived to be. While some are naughty or simply curious, others may like to create a mess and give you a hard time managing them. Here is a compilation of baby girl names that mean chaos and complement the character of your little angel.

This Latin name means ‘the dark one.’

This name comes from ancient Greek and means ‘thorns’.

This name means ‘dead and awake’ in Africa.

The name is of Hebrew origin and means ‘rising’.

The name comes from Greek mythology, and is one of the three Fates. It means ‘inflexible’.

This uncommon name of Icelandic origin can mean dangerous, bold, or strong depending on the context.

This name comes from ancient Rome and means ‘stammerer’.

The name is of Italian origin and means ‘gun’.

Derived from the Latin word “caecus”, the name means blind.

Of Latin origin, the name means “lame” or “enclosure.”

This Irish unisex name means ‘man or woman of prayer.’

This unique name is of Irish and Gaelic origin and means ‘sorrowful’.

The name is derived from Greek and means ‘unfortunate’.

The name literally translates to ‘sorrows’ in Spanish.

This name of Greek origin means “to destroy,” and several women in Greek mythology bear it.

This Biblical name means “gloomy” or “bird-like” in Hebrew.

Hecate in Greek means “Not a good omen.” She was the goddess of witchcraft and necromancy.

The meaning of this name is quite straight-forward! It is an ode to the mighty natural disaster.

This Latin name conveys a sense of envy. It is mostly associated with the evil eye. Invidia is one of the Seven Deadly Sins in Christian belief.

Jezebel in Hebrew means “not exalted.”

It is an English surname which is a diminutive of the biblical name Job. It means ‘fool’.

The name is of Hebrew origin and is an ode to the ‘cassie tree’.

Derived from Sanskrit, Kali means “black” and refers to the Hindu Goddess.

The name is of American origin and means ‘forgetful’.

Derived from Lilituin Akkadian, Lilith means “of the night.” She was Adam’s first wife, who was rejected and turned into a demon.

The name is of French origin and means ‘little one’.

Medea in Greek means’ middle,’ and it belongs to a mythological princess who murdered her children.

Narcissa is a female name of Greek origin that means ‘Numbness.’

Ophelia comes from the Greek word Ophelia and means “help” or “advantage.”

This Greek name means “bringer of death.” She was the daughter of the Greek gods Zeus and Demeter.

Portia in Latin origin means “doorway” while it means “pig” as per some other sources.

The name is gender-neutral and means ‘mountain lion’.

This Biblical name means ‘to tie firmly or bind.”

The name signals the beginning of new adventures and means ‘star’.

Salome is a biblical name that means “peace.”

Shenzi means “savage,” “uncouth,” or “of poor quality” in Swahili.

Sidero in Greek means’ iron’. She was the abusive stepmother of Tyro in Greek mythology, and Tyro’s son, Pelias, later murdered her.

The name is gender-neutral in nature and means ‘impetous nature’.

This name of English origin means ‘storm’ and was used by Shakespeare in his play ‘The Tempest.’

The name comes from Greek mythology and it means ‘voice of revenge’.

This is an English or German surname that means ‘untamed’.

Most parents wonder if a name with its meaning as ‘chaos’ could be interpreted adversely or rhymed with a certain word that gets their child teased in school. Hence, children should learn to defend their names and be proud to own them under any circumstances. Either way, a modern name may stand apart from traditional names and help develop the sense of self, which propels us forward on various career and life paths.