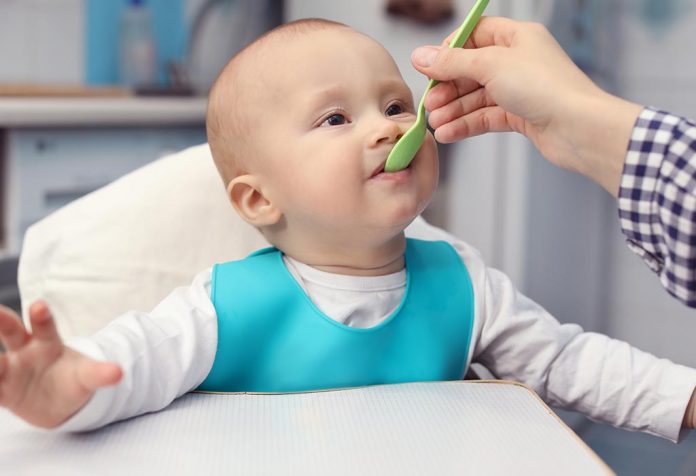 What is the right way to feed your children? They seem to shy away from nutritious meals and like everything that’s not good for health. You cajole, persuade and force – but hey, forcing child to eat food they don’t like can be counter-productive. So, what should you do?

When it comes to children and eating, there is hardly any task more challenging for the parents! Kids often fuss over their meals and we put it down to basic, tantrum-throwing tendencies. Children will be children, and they are not the most disciplined of eaters. But what if the real cause of such behaviour is a feeding mistake you as a parent have been making?

Video : 8 Common Mistakes to Avoid While Feeding Your Child

We have compiled the following list based on inputs by leading child nutritionists and dieticians. Follow these tips to make meal time a fruitful but hassle-free affair for your kids and you. And yes, meal-times with kids will cease being so exceptionally difficult!

1. Forcing Them To Eat Everything On Their Plate

Is it really important that your kids wipe their plate clean? While it is a good habit to not waste food, forcing children to eat is a bad idea. In the long run, this affects their ability to read their body’s hunger cues. Force feeding kids means they don’t know when they’re too full which can eventually make them overweight!

What you should do instead: Keep a close track on how much your child has eaten and if he displays signs of hunger. All of us have days of poor appetite! It is okay to eat a few hours after a meal, if he gets hungry again. Moreover, left-over food can be consumed later or used as next day’s lunch.

2. Bribing Them With Food-Based Rewards

Which parent hasn’t used this– “if you finish your meal, there’s ice-cream in the fridge!” or “if you don’t stop crying, there’s karela ki sabji for lunch”? Food-based reward and punishment only makes the tasty (and often unhealthy) stuff more interesting, and the less-favoured food even worse.

What you should do instead: Say a permanent goodbye to food-based rewards. Use logical reasoning such as “if you don’t eat this, you’ll not be strong enough to play ball with your friend”. Always works!

3. Pressurizing Them To Try New Foods

Did you know just why kids are unwilling to try new things? It’s called “food neophobia” or an innate instinct to keep safe. So, should parents force their children to eat new things? No, no! Research has found that forcing them can create a permanent, life-long aversion they may never recover from.

What you should do instead: When introducing new foods to kids, make it clear that you will decide what is going to be served. But they have the right to pick whether, and how much, they want to eat. This makes them feel empowered. When they know they aren’t being forced, they will be likelier to eat what is served. They get hungry too, you see!

In the evenings after play-time, during a particularly boring lesson, or while watching TV – snacks are kids’ best friends. But they could also be the reason they are not hungry at the dinner table.

What you should do instead: Avoid giving snacks too close to dinner. Stick to an hour prior to dinner time. Also steer clear of sugary, processed foods or carbonated drinks as they make you feel bloated and kill your appetite.

How can presentation make any difference to the taste of a boring cabbage or spinach or bottle gourd? Well, in a child’s mind, it does! Plain meals that look drab, unappetising and a task to get through can really affect your child’s appetite.

What you should do instead: Even though this is time-consuming, make the effort to jazz up your presentation of meals. Add grapefruit eyes, fun straws and the occasional low-fat-cheese strips. Or go the full hog and try out these Disney-themed lunches.

6. Giving Them Examples of Hungry People

“Finish your food. There are people dying of hunger in the world.” We say that for various reasons– to encourage kids to eat up, to make them considerate toward world hunger and poverty, to vent our frustration. But sadly, these comments have been found to not go down well with kids.

What you should do instead: Once again, logical reasoning works better. Try something like – “If you don’t eat dinner, you will be hungry at night. And Mamma will be sleeping then!”

7. Threatening To Withhold Their Dessert

“How much more do I need to eat before dessert?” “Finish this or you won’t get any!” This is extremely common but bad conversation to have at meal-time! Kids don’t learn to enjoy the full meal when they’re constantly worried about dessert.

What you should do instead: You can serve dessert with dinner. Crazy as it sounds, this encourages kids to eat a more balanced meal, now that their much-anticipated treat has been realized.

8. Serving Portions Too Large For Them

Out of fear that our child isn’t eating enough, we often serve gigantic portions. It’s important to remember that kids can’t eat the same portions as adults. On an average, toddlers and preschoolers need three full meals and two snacks. As long as this is being met, and your child doesn’t get hungry in between, you’re sorted.

What you should do instead: Consider creating compartments in your kid’s plate so he gets a balanced diet but one he can actually finish. Double servings of small portions are better than one, huge portion the child is scared of.

Meal times will cease to be quite so challenging when you realize what forcing kids to eat can do to them! Work with your children’s taste buds, put in that extra effort, and stay away from these all-too-common mistakes.

How To Teach Kids To Pump A Swing In The Playground

How Long Does It Take To Get Pregnant?