7 Murphy's Laws Of Kids That Can Drive Any Mom Mad! 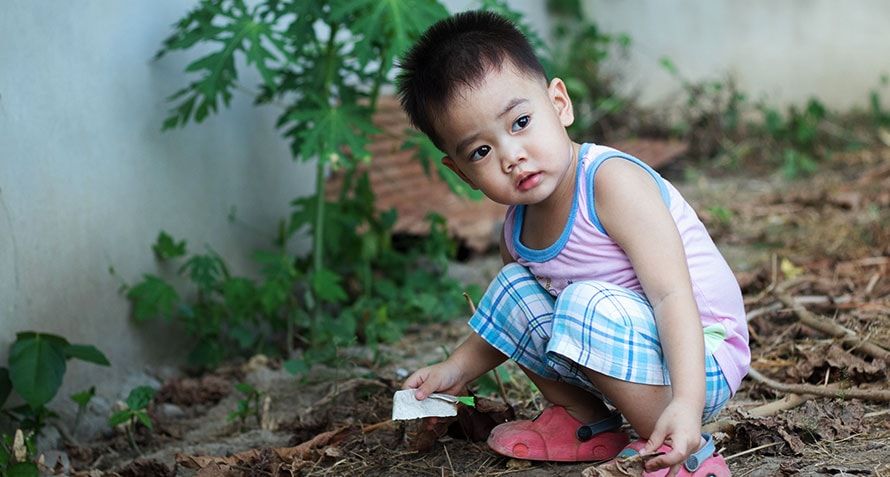 Sure, your child is your most precious gift from God, and parenting is a rewarding experience like no other. But aren’t there times when it seems like your kids make you think the exact opposite? Like when they follow Murphy’s laws instead of abiding by your few, very reasonable parenting rules?

As you probably know, Murphy’s Law is an age-old theory that states if anything can go wrong, it will. Check out 7 Murphy’s Laws of young kids to see if your kid follows some (or all) of them!

Murphy’s Law #1: Your kid will be on his best behaviour around strangers

How many times have you been in a social situation with your little one and the person you are talking to you innocently comments, “What a well-behaved kid you have!” And then you get all wide-eyed and say, “Wait for it! He just got here. He will be back to his mischief in no time.” Well, that moment never comes, and that person gives you a strange look. Which leaves you feeling like the worst mom on earth.

Murphy’s Law #2: The toy your kid *really*wants to play with is the one that just broke/got lost

Yes, he has a basket or two only for his toys. But guess which one he really wants? The one that hasn’t been seen for days, even though he has replicas of the very same toy. Of course, you will try explaining to him that the horsey he cannot find is exactly the same as the other horsey in front of him. Needless to say, he won’t agree. And don’t forget about the cheap roadside toy that fell apart in his hands while playing. He wants it right NOW, never mind the better new toy you have handed him.  Kids!

So there you are sweet mom, ready to treat your child’s taste buds to his favourite dish. Your sweetling has had a long day in school and you want to pamper him because…because he deserves it, of course! Like he usually does, he prances into the kitchen to see what you have cooked for dinner. Of course you expect his eyes to light up with joy. What you do not expect is “You made pav bhaji again?! I was hoping to eat pizza today….” This after he had recently stated that he wants to have pav bhaji for dinner.

Murphy’s Law #4: He will ruin his clothes like never before…after you have specifically told him to be extra careful

There’s a wedding in your family and you have got him an expensive outfit. So naturally, you don’t want him to ruin it. You tell him to not play rough lest he damage his clothes. And guess what? An hour later, you are unable to recognise if that is really your kid or some street urchin! With patches of mud on the knee area and grass stains on his shirt, your kid has outdone himself – he has never damaged any clothing item as effectively as this one. Way to go, son!

Murphy’s Law #5: Your kid will fall sick on the very day you cannot afford to miss work

So you have a very important meeting and need everything to go as per your daily routine. Yet the second you get out of bed, you get a weird feeling that something’s not quite right. And sure enough, minutes later your kiddo walks into your room and declares that he is not feeling well. You touch his forehead and feel him burning up. And once the thermometer declares that he has a fever of 101, you make a call at work and tell your boss you will be working from home. To add to your woes, this will be the very day your maid will conveniently decide to not show up.

Murphy’s Law #6: Your kid will embarrass you in the worst possible way… just after you have praised him for being a good boy

One fine day, your child decides to surprise you by behaving like a little angel that came straight out of heaven. Naturally, you praise him and decide to take him to his favourite toy shop as a treat. Exactly five minutes later, he goes completely rogue.  He runs around in the store, pointing at nearly every toy and loudly pleading “Mama, can you buy me this? Please?” like he has never seen a toy in his life. And as you say no each time, other people look at you with the most judgmental expressions. More often than not, you end up buying something, if only to get those nosy people to stop looking at you!

Murphy’s Law #7: When you are yelling at him, he will make the cutest face ever. And of course, you’ll melt.

Your kid has done something you explicitly told him not to, and you are ready to give him a good scolding. But right in the middle of your lecture, your munchkin gets that sad look in his eyes, and you instantly feel bad and stop yelling at him. You forget the enormity of what he did and calmly tell him to not do it again. And if he looks super upset, how can you stop yourself from hugging him?

True, kids can be a handful and know how to test our temper and patience. But then we were pretty much the same when we were their age, weren’t we? Stay strong mom, and one day your grandchildren will avenge you! Just kidding 😉