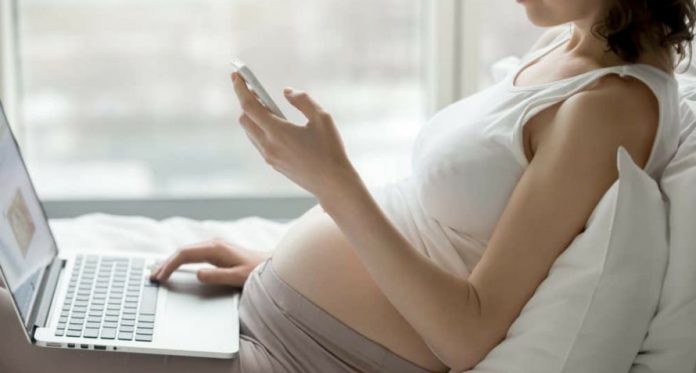 Our level of comfort has moved from wired technology to wireless technology. But do we realise the side-effects that are associated with wireless gadgets? More importantly, such gadgets harm the little one in your tummy without you even realizing it!

If you’re a mommy to be, you probably spend a lot of time shopping for baby essentials online, talking to near and dear ones, scrolling through social media on your laptop and what not. But have you ever stopped to think about the damage that gadgets can cause to the development of your unborn child? Yes! It’s true. Excess use of wireless gadgets exposes you and your child to radiation.

There are two kinds of radiation exposure that pregnant women should worry about. The first is non-ionizing radiation, which comes from household appliances such as microwaves, ovens and television sets. The second is ionizing radiation which comes from X-rays. For years, people have grown increasingly worried about the dangers of high-frequency radiation from cell phones, wireless telephones, WiFi routers and microwave ovens.

KEY TAKEAWAY: Most home appliances release non-ionizing radiations, which are not as harmful as ionizing radiations. However, Dr. Teena Thomas (Obs-Gyn) recommends that as a precaution, use of these gadgets should be kept to a minimum during the nine months of pregnancy.

5 Gadgets to Avoid During Pregnancy

No doubt, smartphones and wireless gadgets have made life easy! But we fail to realise the cons that come along with this ‘ease’. You’ll be surprised to know the extent to which wireless gadgets affect the behavioural traits of the tiny munchkin in your womb. Here’s a list of gadgets that every woman should avoid during pregnancy. On the use of Wi-Fi technology, the World Health Organisation says,“Considering the very low exposure levels and research results collected to date, there is no convincing scientific evidence that the weak RF signals from base stations and wireless networks cause adverse health effects.” What’s important to understand scientifically, is that children have an absorbent brain tissue and thinner skulls, leaving them more susceptible to microwave radiation than adults. A study published in the Journal of Microscopy and Ultrastructure found that children are more vulnerable to risk from radiation as compared to adults. Most women don’t know that WiFi routers and cellphones increase pregnant women’s risk of suffering a miscarriage by nearly 50%. Microwaves work by using electromagnetic radiation to raise the temperature of a food. This radiation creates electromagnetic fields (EMF). It is believed that EMFs cause low birth weight and birth defects. Food heated or cooked in the microwave should be avoided during pregnancy for the same reason. Heating food in plastic plates or bowls is hazardous since plastic containers have a cancer causing element called Bisphenol A(BPA),which is harmful for you as well as your baby. Worry not! Laptops and computer screens, if used in moderation, are safe for use during pregnancy. The concern arises, however, when pregnant women use laptops for a long period of time. Laptops get warmer with use and if you put it on your tummy, the heat can harm your baby. It’s best to place the laptop on a cushion or a table or use a cooling pad.You should make sure you practice proper posture when pregnant by putting your laptop on a desk or table and sitting upright in a chair. That way, the heat won’t get to your fetus, and you’ll have less back and arm pain in the long run. Cell phones are the main source of radio frequency-electromagnetic fields. Pregnant women who may have used their cell phones just two or three times a day still have an increased risk of their babies developing hyperactivity and difficulties with behavioural conduct, managing emotions and dealing with common problems of relationships later in life. Even though Bluetooth headsets are most convenient when it comes to communicating while commuting, their radio frequencies are as harmful as that of microwaves. The bottom line is that it is a wireless gadget that attracts radiation right to your brain through your ear. Even though it’s debatable, wireless gadgets such as Bluetooth headsets must be kept well away from the body when you’re pregnant, as a precaution if not a legit safety measure.

Of all the gadgets mentioned above, cell phones are common across most households and it’s simply impossible to imagine a single day without them. Cell phones emit high-frequency radiation as compared to other gadgets, which make them unsafe for use during pregnancy.According to Yale School of Medicine, “Exposure to radiation from cell phones during pregnancy affects the brain development of the offspring, potentially leading to hyperactivity.” Exposure to cell phones before birth increases your child’s risk of developing certain behavioural problems. Pregnant women must stay away from cell phones for numerous reasons – mainly because at a developing stage, your baby’s brain is fragile and more vulnerable than adults. Your baby’s brain has very little bone protection, which is why there is greater absorption of radiation. Using a handset just two to three times a day is enough to raise the risk of babies developing hyperactivity and difficulties with conduct, emotions and relationships by the time they reach school age. It is also believed that these radiations alter the DNA of adults. Just imagine their impact on your sensitive foetus!

So all the mommys-to-be are advised to keep their cell phones away from their abdomens and limit cell phone usage for their child’s sake.

Cautions about Using Gadgets during Pregnancy

Even though it is impossible to completely rule out the existence of wireless gadgets, there are a few measures that can be taken while using gadgets which will reduce your baby’s radiation exposure.

There are quite a few gadgets that will assist you when you’re pregnant. The important thing to remember here is that even though most gadgets are useful, they’re simply adding to your radiation exposure. Moderation is the key! Excess use of any gadget is harmful, both for you and for your baby. To be on the safe side, it’s best advised to use wireless gadgets in moderation, so that you and your baby are healthy and happy.

How to Dress Baby for Sleep