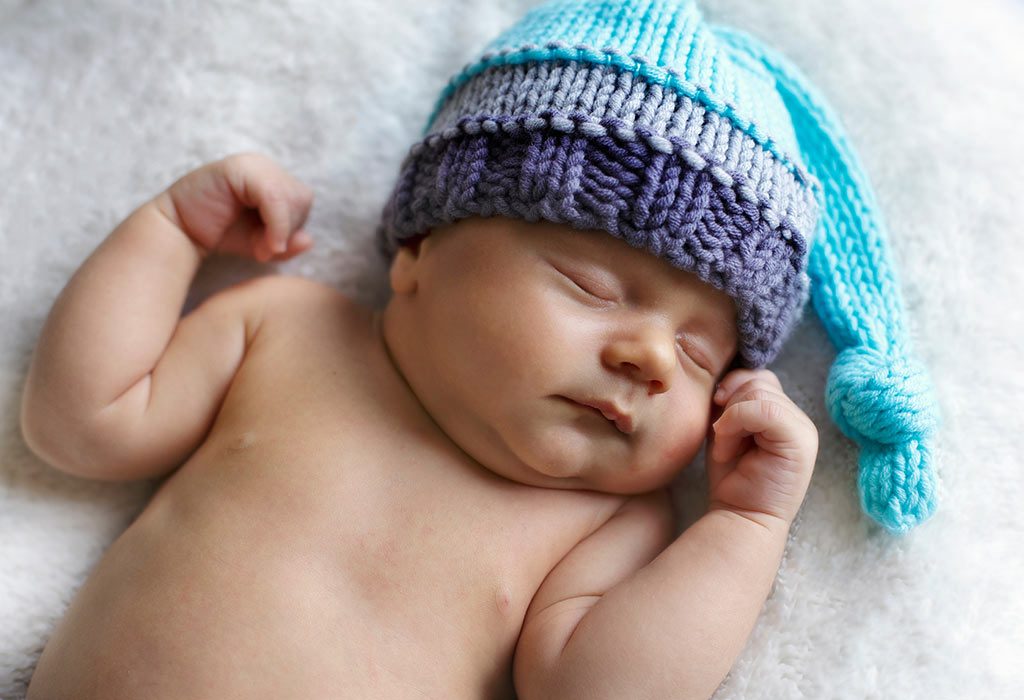 When you hold your newborn in your arms for the first time and look in his innocent eyes, you are likely to be overwhelmed. As you spend more time with him and take care of him, you will start noticing and understanding his sleeping pattern, feeding pattern, pooping habits, and more. You’re also likely to notice his clenched fists and may wonder why your little one clenches his fists so tightly. Many new parents wonder about their babies clenched fists. If you want to know why babies clench their fists, read this article to find out!

Causes of Clenched Fists in Babies

When a baby clenches his fists, it is more of primal instinct and has no clinical significance. However, some of the possible causes of clenched fists in babies can be.

Babies have a very strong grasping reflex called the “Palmar grasp which prevents them from opening their hands. In case you tickle your baby’s palm or offer him your finger to hold, he is likely to close his fingers around it and clutch it tightly.

Cerebral palsy could also be one of the causes of why a baby clenches his fists all the time. In case a baby’s fists are clenched all the time and his body is stiff, it could be a sign of a neurological disorder, wherein the baby’s brain has difficulty directing the various muscles to perform different functions. Rigid or spastic movements, poor motor control, and muscle weakness are other symptoms of the condition.

Newborn babies during their initial days of life tend to remember and keep the position they held while curbed inside the uterus. They often hold their arms near their bodies and have their hands clenched into fists. It may take them several weeks before they clench and unclench their fists.

Scientists studying human evolution offer a logical explanation for why do babies clench their fists when feeding. A popular view is that they do it because the monkeys did it. Modern humans who seem to share a common ancestry with some species of upright-walking apes learnt the vice-like grip from baby apes who hold on to their mom’s thick hair for survival as they hang in precarious positions while their moms swing from treetops.

What Would Happen If Babies Do Not Clench Their Fists?

If babies don’t clench their fists when they are in the womb, they would perhaps try to pinch or grab. Furthermore, babies have fingernails which could hurt a mother. The most fragile part of the womb is the thin amniotic sac which surrounds the baby. It is a nurturing membrane made up of complex biochemicals. Any pricking or scratching of this flimsy sac can lead to the release of hormones and chemicals that may induce premature labour. Thus, a baby’s clenched fist can be a way of preventing the baby’s fingernails from harming the amniotic sac.

Researchers cite a congenital issue called amniotic band syndrome as a plausible explanation for a baby not clenching his fists. Sometimes thin strands from amniotic sac may get peeled away to float with the amniotic fluid which is around the baby. The strands may wrap around the toes, fingers or even arms of the baby causing serious injury to the limbs including amputation. The reason why some tiny bands get stripped away from the amniotic sac is not known yet. But some doctors propose that a baby’s lack of appropriate palmar grasp reflex can be a reason of amniotic band syndrome. And hence, a baby may not be able to clench his fists. 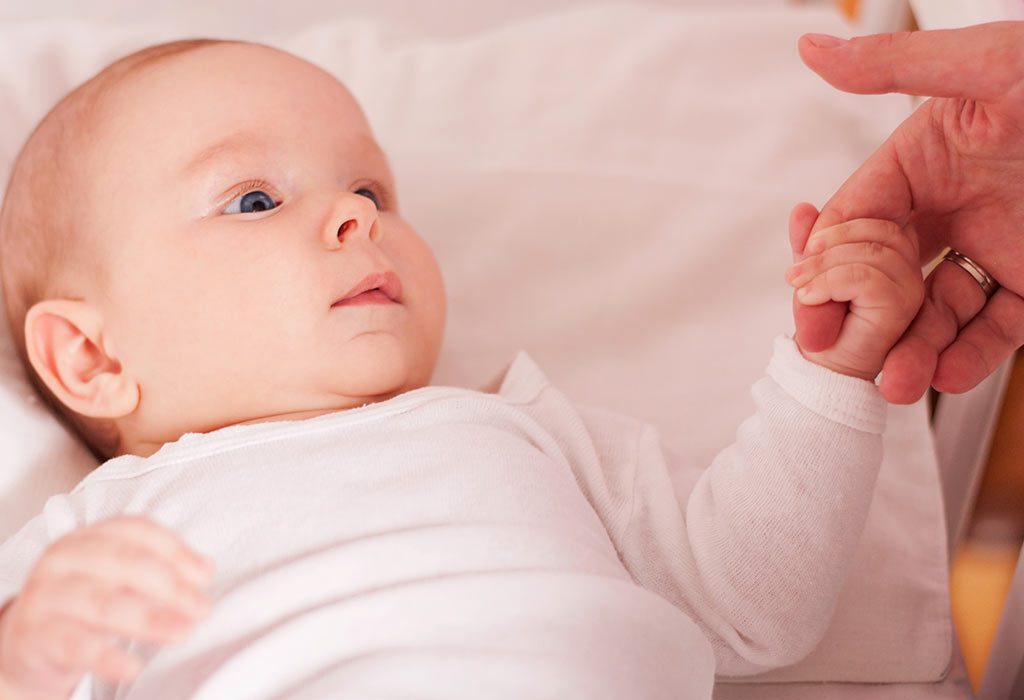 When Do Babies Unclench Their Fists and Start Using Their Hands?

Most moms like to know for how long babies can clench their fists. The answer is that newborn babies usually clench their fists for the initial few months after their birth due to palmer grasp reflex. By the age of 3–4 months, they gradually begin unclenching their fists. You may see them relaxing their tight fists and opening their hands as their nervous system slowly matures. They may also try and reach for toys with open hands that you tie them in their crib. And by the age of 6-7 months, they learn to grasp, hold, and release objects.

It is normal for babies to clench their fists but slowly they learn to unclench their fists and grasp and hold other objects. All babies will learn this in their own time so don’t you worry if your baby is a little late. However, if your baby keeps his fists clenched even after 6-7 months, you can talk to your baby’s paediatrician for the same.

Also Read: Why Baby is Putting Fingers in Mouth Constantly

Previous article « List of Vaccines for a 15-Month-Old Baby
Next article Vomiting in the Third Trimester of Pregnancy – Is It a Concern? »