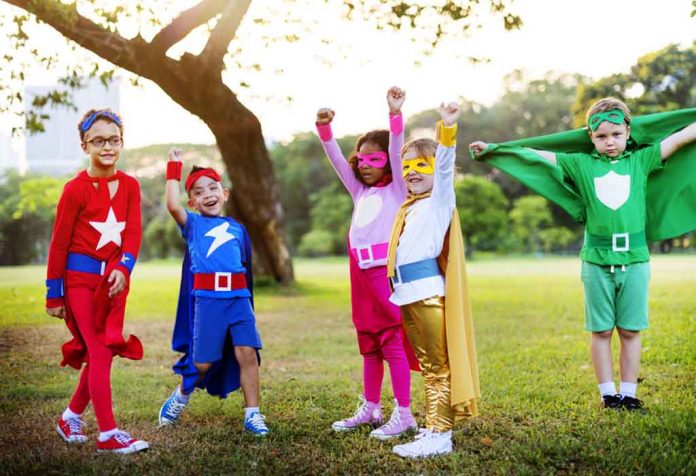 We have all found ourselves wondering if we could just be someone else, even for a little while. Children achieve this by playing dress up games and role-playing their favourite superheroes, careers or characters from books or movies. When they don that costume, they are able to create their own realities and find their happy place. Dress-up play is vital to the cognitive, emotional, physical and social development of a child.

What is Dress Up Play?

Benefits of Dress Up Play for Kids

Playing dress-up fosters creativity and has been known to have cognitive, physical, emotional and social benefits in the development of children. Here is how dress up play benefits kids.

Children playing dress up often represent their career aspirations or role models and ideals. This can be vital to their understanding of themselves and their dreams and goals. When children imagine themselves to be someone else, they learn about their likes, dislikes, preferences and how they like to interact with others.

While playing dress-up, a child’s imagination knows no bounds. Kids create their own universes and realities, make up scenarios and explore how they would perform in them. They can even get creative with their costumes, like when playing fashion dress up games. Rudolf Steiner, who founded Waldorf education, said that imaginative play in a child’s early years is instrumental to the development of creative thinking in their adult years.

When children play dress up games together, they learn to communicate and socialise. These games promote cooperation and children often have to figure out how to take turns, negotiate and agree on rules and stories. This will also teach them to respect others’ choices and opinions.

When children play dress up, it gives them an opportunity to step into another’s shoes, see life from their perspective, emulate their emotions and understand their situation. For instance, when your child roleplays as a doctor, it can teach him to care for and help other people. Dramatic characterisation can be very useful in developing empathy.

Dress up play may seem perfectly simple but it engages your little one’s memory and brain. It requires your child to remember how they have seen the person they are representing behave, the way they speak and other details of their life, whether they are imitating a real person or any fictional character. They have to recall details of their lives and act them out. 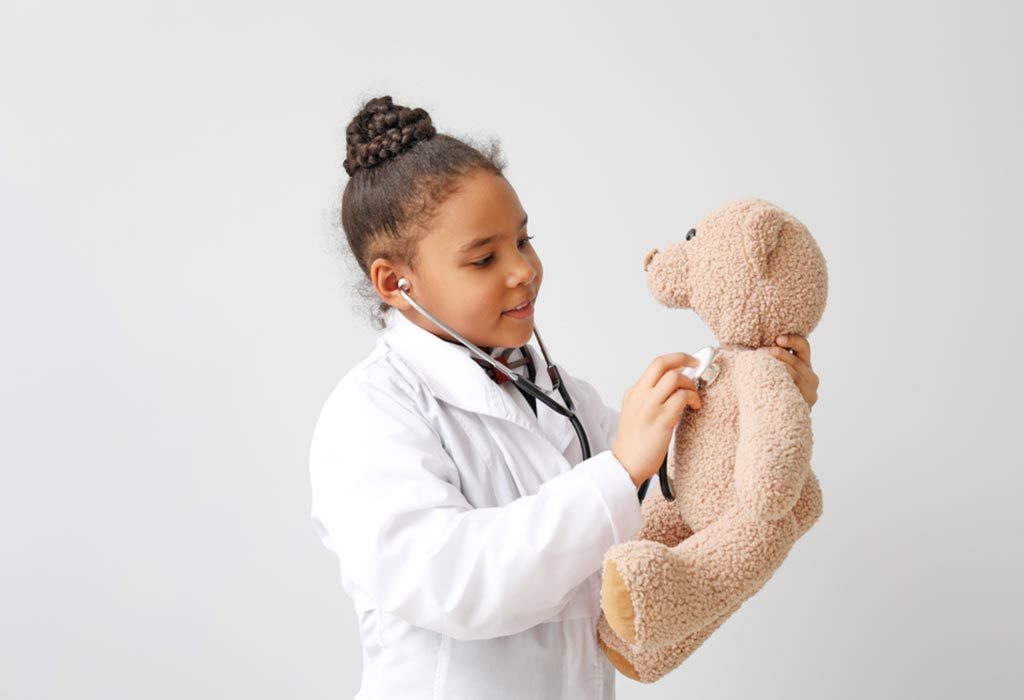 Role-playing and dress up can help refine your child’s motor skills, as they will be imitating the actions of the character they are representing. They will jump and run like their favourite superheroes, dance like princesses and fight like warriors. Dressing up and putting on buttons, pinning capes, tying laces or attaching velcros on costumes will also improve coordination.

When children role-play their characters and act out scenarios, they have to imagine what their characters would say. This helps expand their vocabularies as they will try to recollect words or phrases they have heard their character use, whether it be from reality, or books, televisions shows and movies.

When children are imagining and acting out scenarios that their characters are a part of, they are able to imagine how they would behave in that situation and how they would process it. While acting out an operation as a doctor or a rescue as a firefighter, they are able to overcome fears and feelings of helplessness and become emotionally mature.

Children are not limited by gender roles while playing dress-up. Girls can dress up as warriors or princesses and boys can dress up as fairies or superheroes. When children explore other gender roles, they obtain a better understanding of gender identities and behaviour.

There are always problems before and while playing dress up, like deciding which story to enact, who plays which character, and the various problems that the characters encounter in the story. This helps develop a child’s problem-solving ability and analytical thinking.

How to Encourage Kids for Dress Up Play

Dress up play has so many benefits for the development of your child’s mental and physical growth. Here are some ways in which you can promote fun role plays and dress up games at home:

1. Have a Designated Dress Up Bin in Your Child’s Playroom

You can have a laundry basket or box filled with costumes, dress up play clothes for toddlers, accessories like socks, scarves, hats, sunglasses, aprons, and some costume jewellery in your little one’s playroom. This makes their dress up items easily accessible.

3. Take Your Kids Out in Their Costumes

Your child has put in a lot of effort dressing up and you can take them out in their costume while you’re running errands or take them for a ride or to the park. They can have ample space to play and people that they can role play with.

Take cute pictures of your child when they’re all dressed up or take fun selfies with them to make some long-lasting memories that you can look back on and cherish forever. 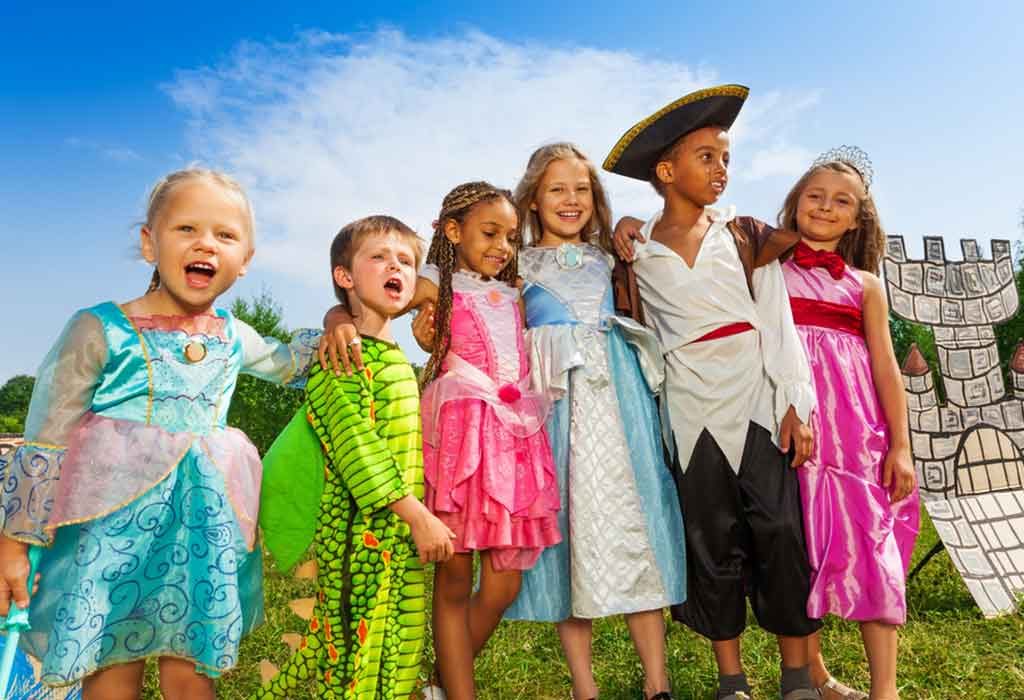 To encourage dress-up play, there are some items like scarves, spectacles, props and spare clothes that you should keep at home. Here is a list of items you could get:

You can always keep more items at home for your kids to play dress up. You can even have doll-houses like barbies or castles, depending on the character your child likes. Dress up play is really helpful for enhancing children’s emotional and physical capabilities, and it is important for you to help and encourage them. 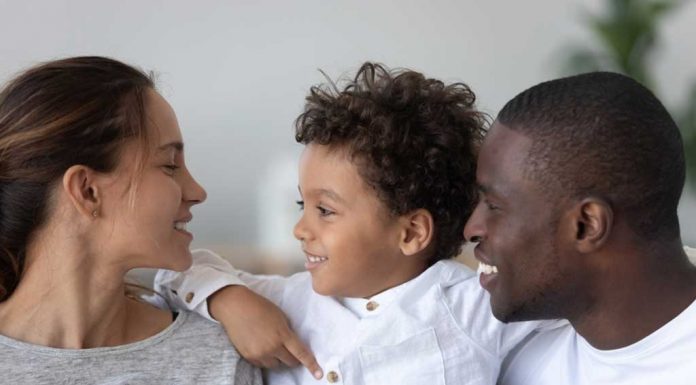 How Mothers Transform Into Maa Durga for Their Children

Drug Addiction – How it Affects Families and Society

Life After Divorce – Rediscover Happiness With These Practical Tips