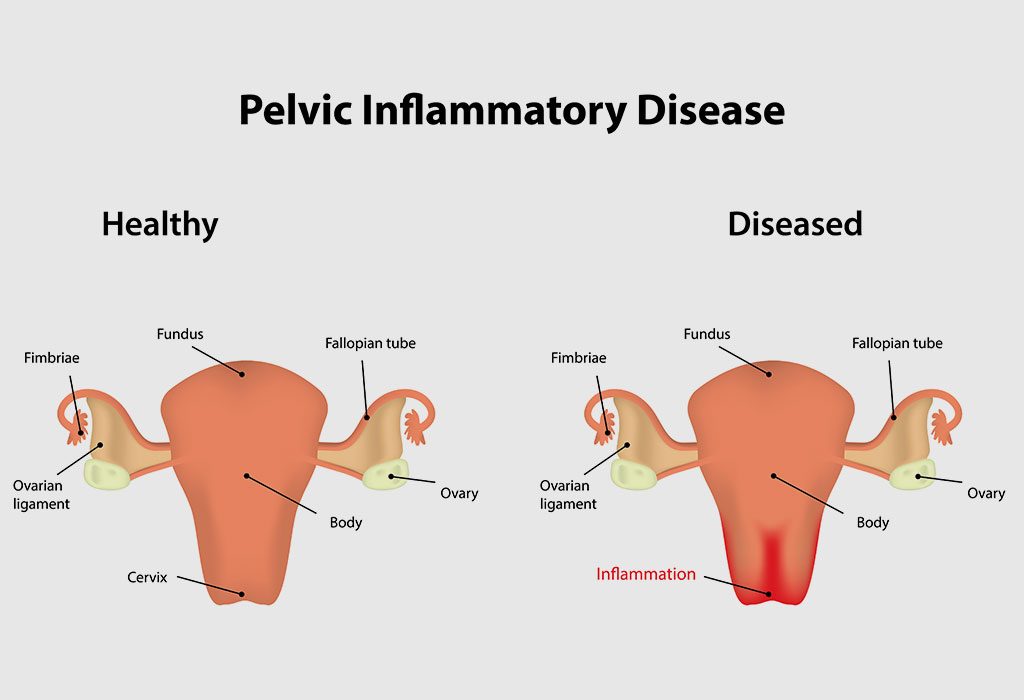 The female reproductive organs, such as the ovaries, Fallopian tubes, uterus, cervix, vagina, and vulva are susceptible to certain disorders, which may lead to infertility. Infections, physical damage, or hormonal fluctuations can lead to the onset of certain conditions. Getting an early diagnosis and seeking treatment can be immensely helpful and prevent long-term consequences. One such problem is pelvic inflammatory disease (PID).

PID is an infection that occurs in the uterus, ovaries, and Fallopian tubes. If the infection is left untreated for a long time, it can lead to blockage in the affected area. Also known as adhesions, these blocks can occur in the Fallopian tubes, resulting in infertility. PID can be caused by a number of different bacteria.

A sexually transmitted infection (STI) is quite often the cause of PID. The infection tends to travel up the cervix to the uterus, the Fallopian tubes, and the ovaries. This can take weeks or months before you start feeling sick or experience symptoms. Thus, PID can develop a long time after you have had sex with an affected partner. Chlamydia and gonorrhoea are some of the common STIs that can lead to PID.

In some instances, PID is not caused by an STI. It might be completely different bacteria that appear harmless and go on to cause PID. This happens after childbirth or procedures like inserting a contraceptive coil.

Who Is More Likely to Get PID?

This is a fairly common condition, but those who have chlamydia or gonorrhoea are more likely to develop PID eventually. But STIs are not the only way a PID occurs. Chances of contracting PID are more if you have one or more of these risk factors:

What Are the Signs and Symptoms of PID?

The infection causing bacteria can be present in your body for a long time before any signs or symptoms show up.

If PID goes untreated, it can lead to serious problems such as difficulty getting pregnant and signs of shock such as fainting. These symptoms can also mean an ectopic pregnancy or appendicitis.

If you have any of the symptoms of PID or there are other reasons that lead you to suspect that you might have PID, convey your concerns to your doctor, and seek an appointment. If symptoms are mild, it might take longer to diagnose PID. The following may help your doctor arrive at a definitive diagnosis:

Once a diagnosis of PID has been arrived at, your doctor might recommend more tests to determine the extent of damage to your pelvic area. The Fallopian tubes are prone to scarring, while your other reproductive organs might have permanent damage. A pelvic ultrasound, endometrial biopsy, and laparoscopy are some of the additional tests and procedures that might have to be carried out.

Antibiotics are the usual course of treatment for PID, especially since this is a safe option even when no clear diagnosis has been arrived at. A combination of antibiotics is likely to be prescribed in order to ensure that all bacterial infections that cause PID are targeted. Painkillers may also have to be taken simultaneously. Your doctor will suggest you refrain from the intercourse of any kind to prevent the infection from recurring till the course of medication is completed. Follow-up visits to the doctor might be required to determine that the infection has resolved fully.

Be sure to finish the medication even if you start feeling better halfway through the recommended course. In a few cases, PID treatment might involve surgery. This becomes necessary only when an abscess ruptures in your pelvic region or your doctor has reason to believe that there might be an abscess that is about to rupture. In this case, you might have to stay at the hospital for a short while.

How Can PID Be Prevented?

The only way to completely avoid PID is through abstinence, but this is easier said than done. Since sexual intercourse can transmit infections, taking adequate precautions can mitigate the risk to some extent. Using a condom is one means of doing this, while limiting the number of sexual partners is also highly effective. Be sure to get tested for STIs on a regular basis, especially if you have multiple sexual partners. Avoid douching, and do not wipe from back to front after using the bathroom.

Possible Complications That May Occur in PID

There are no complications if PID is detected early and treatment follows immediately. In severe cases of PID or untreated cases, the following complications are possible: The pain can be anywhere between mild and moderate, and if the infection spreads to the bloodstream or other parts of the body, it can turn into a life-threatening situation very fast. On noticing severe symptoms, you should call your doctor immediately, or rush to the emergency room of the nearest hospital. You should also go to a doctor for a check-up if you feel you have contracted an STI, or if the treatment you are undergoing for an STI seems ineffective.

Does Your Partner Need to Be Treated?

Yes, your partner or partners over the past six months with whom you’ve had sexual relationships will all have to be tested for infection and treated. A course of antibiotics is recommended for your partner even if they test negative for infection. This is because chlamydia is the cause of PID in most cases, and it gets passed on during intercourse. Also, men do not show any symptoms of chlamydia, but can pass on the infection. Since the test for chlamydia is not 100% accurate, a course of antibiotics can target any infection that the tests have missed out on. Last, but not the least, if your sexual partner has the infection, he might pass it on to you again, after you have been treated.

Can it Happen Again?

It has been seen that around one in five women will contract PID again within two years of the first. There are some reasons this can happen, including the failure to get your partner treated, failure to practice safe sex by using condoms, and failure in completing the course of the medication which has led to the infection staying within your body, resulting in a flare-up. The PID damage can make some women more vulnerable to re-infection.

PID is a common condition with many women having experienced it and nearly all recovering fully. It is also a fact that around 10% to 15% women with PID might find it difficult to get pregnant, while others might have ectopic pregnancies and develop chronic pelvic pain as a result of this infection. But leaving the infection untreated can turn dangerous and even become life-threatening if it spreads to your blood.

Previous article « Baby Body Hair In Newborn: Reasons & Diagnosis
Next article Can I Get Pregnant With Hypothyroidism? »