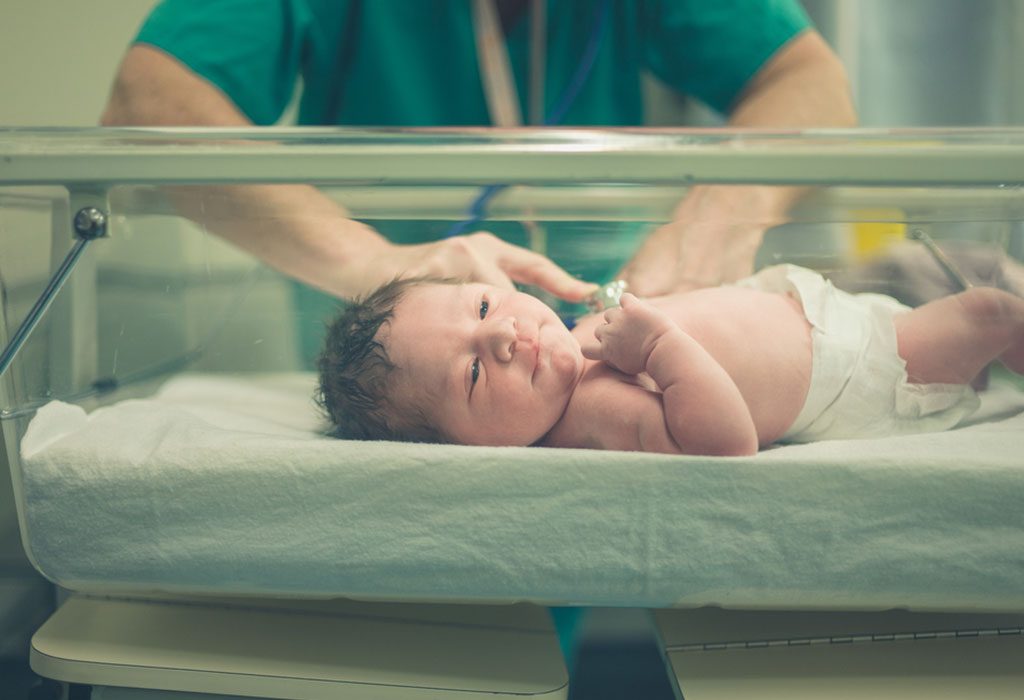 The usual tenure of a normal pregnancy is 40 weeks. During these 40 weeks, the foetus grows and develops all critical organs, such as the brain, heart, liver, kidneys, and lungs. Proper development of all these organs is dependent on multiple factors, such as the good health of the mother and availability of essential nutrients to the baby on a timely basis.

At times, due to the premature birth of the baby, all organs might not develop fully, and this can lead to serious complications which require immediate attention after birth. One such complication is Neonatal Respiratory Syndrome (NRDS). Read on to know more about it.

What Is Neonatal Respiratory Distress Syndrome?

Neonatal respiratory distress syndrome, also known as hyaline membrane disease, is a condition where the lungs of the infant have not developed fully at the time of birth, leading to improper functioning of the organ. Healthy lungs are of utmost importance for a newborn baby’s survival, and babies with neonatal respiratory distress syndrome may experience difficulty in breathing normally.

Causes and Risk Factors for Respiratory Distress Syndrome in a Newborn

Premature birth is one of the major causes of respiratory distress syndrome in newborn babies. Premature babies lack surfactant, a substance that facilitates the expansion and contraction of the lungs. It also helps to keep alveoli, which are small air sacs in the lungs, open. This deficiency can lead to breathing difficulties and lung problems.

The syndrome can also be caused due to genetic problems related to lung development in the child.

In addition to premature delivery of the baby, other risk factors that may lead to respiratory distress syndrome in a newborn include:

Signs and Symptoms of Respiratory Distress Syndrome in Newborns

Some of these symptoms are similar to symptoms of other conditions and infections. If your baby is experiencing any of these symptoms, you should immediately consult a doctor and get the necessary tests done to identify the root cause and take necessary corrective actions.

If the problem is not taken care of on a timely basis, it may result in an increase of carbon dioxide levels in the blood, causing irreversible damage to the baby.

Neonatal Respiratory Distress Syndrome can lead to complications that can be fatal and have a long-lasting impact on the normal growth of the baby. In certain cases, the condition can also be life-threatening if not attended to. Other complications which may result from the condition include:

Severe respiratory distress syndrome can also lead to kidney failure and improper development of other important organs. Depending on the severity, the complications would be different in each newborn. It is important to consult your doctor and understand the solution to any complications which the baby may be facing.

The symptoms of neonatal respiratory distress syndrome usually present themselves immediately after the birth of the baby. Infants born with this condition are kept under observation in the neonatal intensive care unit.

Timely treatment of the condition is of prime importance in this case. Delayed corrective action can lead to further complications as the organs of the baby are devoid of sufficient oxygen.

Following are the treatments available for babies diagnosed with infant respiratory distress syndrome:

In cases where the baby lacks sufficient surfactant, this therapy gives them the surfactant through a breathing tube. This ensures that the surfactant goes into the lungs. The drug comes in powder form and is given to the baby by mixing sterile water with it. After this is done, the baby is put on a ventilator to provide extra breathing support. Depending on the severity of the syndrome, the doctor will decide the frequency and duration of this procedure. This therapy is most effective when started during the first six hours after birth.

In this therapy, oxygen is delivered to the infant’s organs. In the absence of sufficient oxygen, the critical organs may not function properly, and hence, a ventilator is used to administer oxygen to the infant.

In this treatment, a continuous positive airway pressure machine (NCPAP) is used to administer oxygen through the nostrils by placing a small mask on the nose. The infant might also receive a more invasive treatment that involves placing a ventilator down in the windpipe, which will then breathe for the infant.

The doctor might decide to use medication to reduce the pain which the infant might face while any of the treatment is in progress. Consult your doctor to understand which treatment will be apt for your baby and how long will it take the infant to recover from the condition.

Also, understand the necessary precautions which will be needed to ensure that the baby does not suffer from the repercussions of the condition.

The major cause of respiratory distress syndrome in infants is premature birth. In order to prevent it in newborns, it is important to take measures to ensure that the baby is born in time and not prematurely.

The risk of premature delivery can be reduced by taking consistent and good precautions throughout the pregnancy period, coupled with no consumption of alcohol, illicit drugs, and cigarettes during pregnancy.

In cases where premature delivery is likely or inevitable, the doctor may administer corticosteroids to the mother. This drug is useful for the faster development of the lung and production of surfactant, which is highly essential for the proper functioning of the infant’s lungs.

Tackling neonatal respiratory distress syndrome can be challenging for the parents. The condition requires babies to be under constant supervision and care. It is important to consult your doctor on necessary precautions to be taken for your baby for the next few years after birth. Periodical body tests, eye check-up and hearing exams along with speech therapy, might be necessary for the baby in the future.