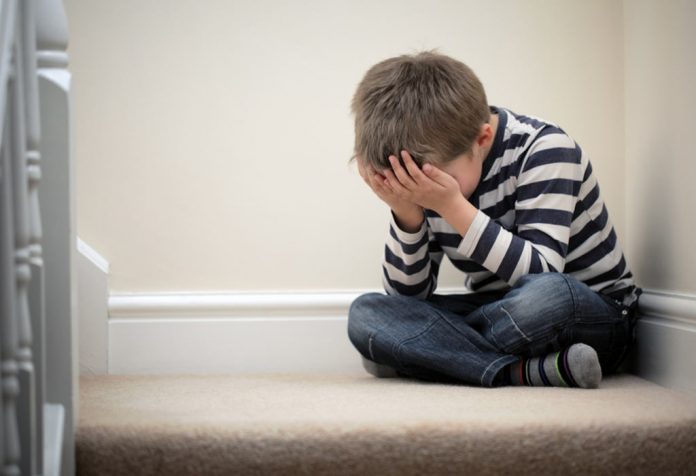 Children of all ages tend to get stressed and this can have an adverse impact on their mental well-being. They are susceptible to many mental disorders that manifest in adults, though the symptoms may differ. Knowing what to look out for and identifying symptoms early on can make a world of difference in how you and your family cope with such a situation.

What is a Mental Disorder?

Good mental health is integral in enabling children to exploit their potential to the fullest with appropriate social and cognitive development along the way. Also known as a mental illness, mental disorder is a health condition wherein there are changes in thinking, emotions, and behaviour. It can lead to distress and problems in interacting with family and friends, functioning in society and at the workplace. Most mental illnesses can be treated with a combination of medication and psychotherapy. Here are a few mental disorders that commonly surface in children:

There are many reasons why children may appear anxious such as peer pressure, academic burdens, and performance in school to name a few. But if the anxiety is persistent or is triggered by routine issues, you might want to have them tested for anxiety disorders. Obsessive compulsive disorder (OCD), social phobia, and post-traumatic stress disorder (PTSD) are some conditions categorized as anxiety disorders.

If your child has difficulty in concentrating and displays hyperactive or impulsive behaviour that borders on aggression, it might be due to Attention Deficit Hyperactivity Disorder (ADHD). Since some children may have the disorder but none of the symptoms, professional medical testing is the only way to arrive at a diagnosis.

Some children may show signs of elimination disorders which impacts on their behaviour relating to using the bathroom and completing bodily functions such as urinating or defecating. If this happens with children over five years of age, it is of concern.

Previously known as pervasive development disorders, this is more likely to occur in children under three years of age. Children with this illness may find it difficult to communicate and interact with others in an effective manner.

Anorexia nervosa where the child stops eating in an attempt to lose weight and binge eating triggered by distressful situations are two common eating disorders that manifest in children of all ages.

Depression where the child suffers from frequent bouts of sadness, and bipolar disorder where the child swings from extremely active and happy to quiet and sad are two mental illnesses categorized as mood disorders.

This is a serious brain disorder where perceptions and thoughts of the child are distorted making it difficult for them to function in society, at school, or work.

In this type of disorder, the child will carry out sudden, involuntary, repeated actions and sounds which are usually meaningless. Known as tics or twitches they can occur anywhere in the body, though the eyelids and face are where they are seen the most.

Causes of Mental Disorders in Kids

A specific cause cannot be pinpointed for a majority of mental illnesses. It is believed to be brought on by a combination of factors such as heredity, biological reasons, psychological disturbances, and a stressful environment.

Mental disorders can be passed down the generations and those children with parents or grandparents with a history of mental illness are more vulnerable to this.

An imbalance in chemicals in the brain, known as neurotransmitters, is to blame for certain mental disorders as also trauma to the brain or birth defects.

Emotional, physical, or sexual abuse or neglect can lead to psychological trauma which in turn results in mental illness in some.

Certain traumatic or stressful incidents like the death of a parent or having been in a serious accident can lead to mental disorders especially in those at risk of mental illnesses.

Many mental illnesses in children are often ignored and left untreated. Here are some signs and symptoms to watch out for:

Sadness or feelings of withdrawal which go on for more than a couple of weeks and also extreme mood changes swings that result in issues at home or in school.

These are feelings that seem to overwhelm your child and do not seem to have any basis. These could be accompanied with a rapid heartbeat or quick breathing. They are characterised as an intense fear or worry that interrupts normal day-to-day functions.

Unexpected changes in behaviour, especially an escalation in violent or dangerous behaviour such as getting into fights unnecessarily, use of weapons, or the desire to hurt others.

The inability to sit still or focus on one thing can in turn lead to a decline in performance at school or in a sport.

Loss of weight, vomiting on a regular basis, or consuming laxatives can be indications of an eating disorder.

Some children with mental disorders, unlike adults, might have headaches and stomach aches rather than emotional symptoms.

In some cases of mental disorders, the children might resort to harming themselves through actions like cutting or burning. Such children might harbour suicidal thoughts or attempt to take their own life.

Using drugs or alcohol turns into a coping mechanism for some children with mental disorders.

Lack of motivation to carry out daily activities or pursue hobbies and interest due to unexplained fatigue can be a warning sign.

10. Obsession or Neglect of Appearance

Being too conscious of looks, shape, or weight is cause for worry as also the other extreme of completely neglecting one’s appearance.

Insomnia, difficulty falling asleep and staying asleep, or frequent nightmares over an extended period of time can be a symptom.

Not mingling with family and friends or avoiding all kinds of social interactions can be cause for alarm.

If your child has started bullying or hitting other children in school and is facing other types of difficulties in school which are new, it might require closer investigation.

Children are vulnerable to the same mental illnesses that adults are prone to. But it is much more difficult to get a diagnosis when it involves children since children are still going through different phases of emotional and physical growth and development. Your doctor will focus on the signs and symptoms displayed by the child as well as evaluations by psychiatrists, psychologists, or behavioural therapists to arrive at a diagnosis. There is no simple test for mental illnesses and your doctor will also need information about the history of medical conditions, possibility of trauma, and family history of any mental conditions. The treatment will have be ongoing and depend on the condition diagnosed as well as what is likely to best benefit your child. For some a combination of treatments from the following works best.

Medicines alone or used in combination with therapy are effective in treating children. Antidepressants, antipsychotics, anti-anxiety drugs, stimulants, and drugs that stabilize the mood are prescribed for children with mental disorders.

This involves counselling by qualified mental health professionals to help children deal with their symptoms, thoughts, and behaviour. Supportive, family, cognitive-behavioural, interpersonal, and group therapy are the categories of psychotherapy.

This is particularly beneficial to young children who are not as expressive as older ones and involves art therapy or play therapy to help them communicate their thoughts and feelings better.

Different factors come together to cause mental disorders in children and thus, it not fully preventable. But identifying the symptoms early and seeking treatment immediately can help control mental disorders to a large extent and prevent disabling effects in future.

How to Help your Child Cope with a Mental Illness?

What is the Outlook for Kids with Mental Disorders?

Early diagnosis and appropriate treatment results in full recovery or successful curbing of symptoms. However, chronic or severe disorders can mean a lifetime of disability for some children. Failure to seek treatment can result in children growing up to be adults with alcohol or drug use problems as well as violent or self-destructive behaviour including suicide.

What Research Is Being Done On Mental Illness?

Here are responses to some concerns that you might have:

1. Can Death In The Family, Illness In A Parent, Family Financial Problems, Divorce, Or Such Other Events Cause Mental Illness In A Child?

Yes, because this can lead to immense stress which has an impact on young and old alike. Keep an eye on your child’s mental and emotional state as well as behaviour for a while. If your child has extreme reactions to the incident or doesn’t start coping within a month’s time, it may be time to seek professional help.

2. Will My Child Get Better With Time?

This will depend on your child’s individuality as well as the factors that brought on the illness. Some children recover fully with time while others may need continued professional help. Not delaying in getting a diagnosis and immediate help can result in better long term results when it comes to childhood psychiatric disorders.

Yes, this is because young children have brains which are still growing and developing making them extremely sensitive to medications. At the same time serious untreated problems like behaviour disorders in children can also adversely impact brain development. When treating illnesses like bipolar disorder in children, it is important to avoid drug interactions such as medication that the child may be taking for physical problems like asthma or a cold.

Mental illness is nothing to be ashamed of and is a health condition that can affect anyone irrespective of gender, caste, and creed. As a parent, it can be difficult for you to admit and accept that your child has a mental disorder. But recognizing this problem and seeking help for your child at the earliest is half the battle won. Never forget that mental disorders are treatable and though it might be a long, dark journey there is light at the end of this tunnel.

Try This Korean Skincare Regime To Get Glass-like Skin

5 Dreams That Only Flat Abs Can Fulfill

ICSE Vs CBSE – Which is Better for Your Kid