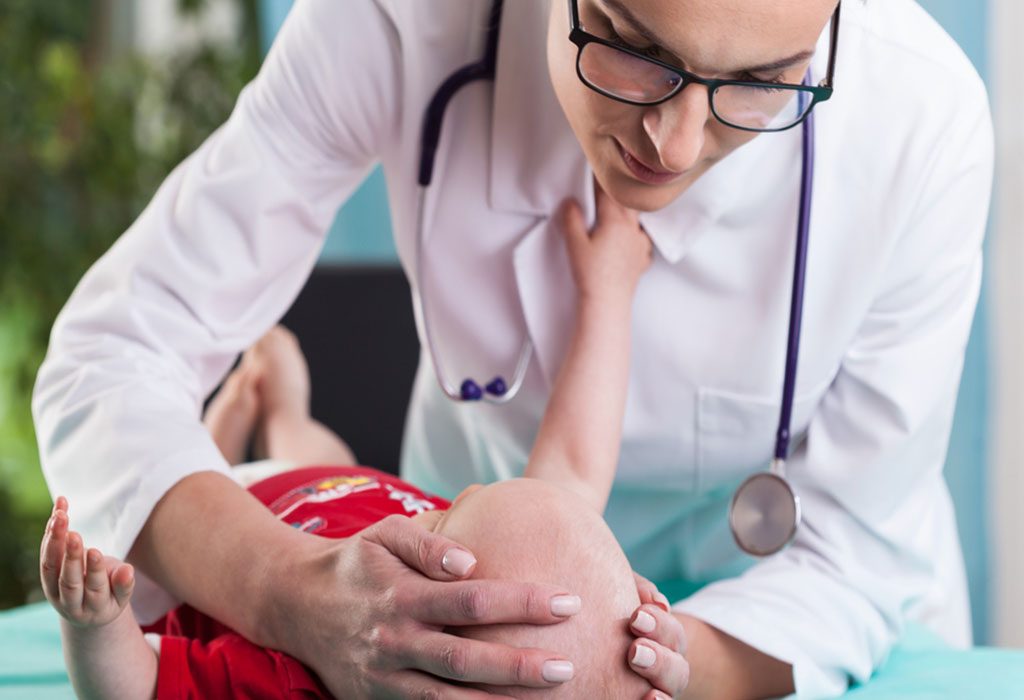 The meningeal coverings along with the brain and spinal cord constitute the central nervous system. The pia mater, arachnoid and the dura mater together form the meninges, which acts as shock absorbers and lubrication for the inner nervous tissues. Inflammation of any of these layers is known as meningitis. Continue reading to know more about Meningitis and its treatment.

Meningitis is a syndrome characterised by inflammation of the meninges covering the brain or spinal cord. It may affect newborns, young children or adults with a vulnerable immune system. It is preventable and curable, yet carries significance as it may lead to severe neurological complications, especially baby meningitis.

Meningitis can be categorised from the organisms which cause it:

Can an Infant Get Meningitis?

What Causes Meningitis in Babies?

Here are the causes of meningitis in babies:

Enteroviruses are responsible for most cases of aseptic meningitis in children. They are common in summers and tropical countries.

Viral or aseptic meningitis is also commonly caused by the following viruses other than the entire group:

Signs & Symptoms of Meningitis in Infants

Meningitis can have varied manifestations depending on the age group:

Babies can have the following symptoms due to meningitis. However, these symptoms in babies are not specific to meningitis and can be present due to other systemic infections.

Toddlers or children (less than 1.5 years) may exhibit the following symptoms:

Older children usually have one of the following along with neck stiffness as the main symptoms:

The diagnosis of meningitis primarily includes the following:

Additional Tests May Include:

Certain infective causes of meningitis like meningococcemia may manifest with a peculiar rash and fever. The tumbler test includes a glass tumbler being pressed against the rash and if the rash becomes clearer, the result is considered to be positive.

Treatment of Meningitis in Kids

Following are the general treatment guidelines for meningitis:

Since viral or aseptic meningitis can be asymptomatic, treatment may be restricted to conservative management without antiviral therapy unless associated with encephalitis. The antiviral agent Acyclovir (intravenous at 10 mg/kg 8 hourly for 1-2 weeks) is the mainstay treatment for HSV 1 & 2 meningitis.

Ganciclovir and foscarnet are the antivirals of choice for CMV meningitis in immune-compromised patients.

In infants and children, meningitis may cause the following acute complications:

Since infants and young children are in their growth phase, meningitis in the long term may affect their neurodevelopment and cause:

Is Meningitis Contagious and How Does It Spread?

Meningitis, being an infective disorder, is contagious, and may spread to close contacts and the community in general.

Pathogens like streptococcus and Hemophilus influenza are present in the nasal passage and the throat of affected patients before affecting the meninges. They may spread through coughing, spitting, sneezing, and kissing too. Viral meningitis may follow childhood illnesses like measles and mumps and may similarly spread among children.

You should consult a clinician if you notice any of the following in your child:

Following are a few precautionary measures that can be taken to prevent meningitis.

Since the majority of meningitis cases are caused either by pneumococcus, meningococcus or H. influenza, vaccines available against these organisms can help prevent meningitis.

Although Haemophilus Influenzae Type B (Hib) vaccine is not included in the national immunisation schedule as a mandatory vaccine, it is strongly recommended in susceptible populations as well as all children aged 2 months to 15 months up to 5 years for a catch-up vaccination. It is administered as intramuscular injections 2-3 doses between 6 weeks to 12 months age as primary vaccination, while the 3rd or 4th dose or the booster is given at 12-15 months age.

PCV13 (13-valent pneumococcal conjugate vaccine) 0.5 ml intramuscular injections are routinely administered in a 4-dose series at 2, 4, 6 and 12 months of age.

Polyvalent PPSV23 (23-valent pneumococcal polysaccharide vaccine) intramuscular vaccine is advised only for children above 2 years. It is given as 0.5 ml intramuscular injection only in high-risk patients (chronic lung or kidney disorder, steroid therapy) along with routine PCV-13 vaccine.

The meningococcal vaccine protects against all 4 strains of Neisseria meningitides, namely A, C, Y and W-135. It is recommended only for children above 2 years. It is given as a single 0.5 ml subcutaneous dose.

Meningococcal group B vaccine is recommended along with the routine tetravalent vaccine in a high-risk population of children more than 10 years. It is given as 0.5 ml intramuscular dose in a series at 0, 2, and 6 months.

Maintaining general hygiene is the best way to avoid germs. It includes habits like frequent handwashing, taking a regular bath, avoiding spitting, avoiding close contact with a known case of infectious disease. Young children and adults who are in close contacts with such infected individuals (family members or healthcare attendant) should consult a doctor for preventive prophylaxis.

Meningitis. although it is a serious health hazard, can be easily recognised and cured with awareness and healthcare services. Prevention of meningitis in infants and babies with vaccinations is vital to prevent long-term neurological complications.