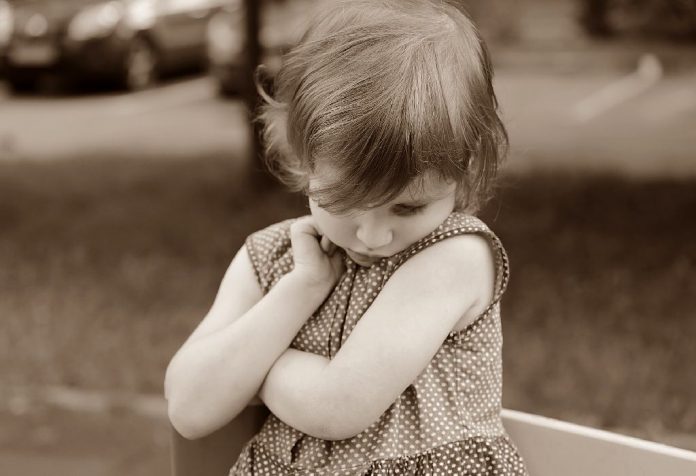 It’s quite natural that parents admonish their children when they do something wrong. But what adults sometimes don’t realise is that toddlers can take things to heart and wallow in guilt. This could lead to psychological problems in future. Helping young kids overcome shame and guilt is the way out.

How often have you yelled at your toddler and admonished him for breaking a rule? You’re not alone in this. But while it’s natural to get frustrated with kids, frequent punishments and excessive scolding can have a negative effect on their little minds and hearts. Since toddlers are too young to express themselves, they may wallow in guilt and even develop feelings of shame.

Overcoming Guilt and Shame in Toddlers: How You Can Help

1. Get a Grip on Your Own Guilt

Before you set out helping your toddler, it’s important that you analyse yourself and understand any guilt and shame that you yourself may be feeling. There could be a few incidents in your childhood that led you to see yourself in a negative light. Make sure that you analyse these emotions and learn to overcome them with the help of your partner or loved ones before you help your tot do the same.

Your toddler might wallow in shame and guilt because he’s not aware of the right way to express his feelings. There may also be times when he finds it impossible to approach and talk to you. So, the first step in helping young kids overcome guilt and shame is to reassure them that they have someone who’ll listen, no matter what the situation is. Emphasising the importance of solving problems rather than letting them cause feelings of guilt can also equip him to deal with negative emotions. Lack of appreciation is one reason why toddlers often nurse their guilt and shame in silence. So, make sure that you praise your toddler for all the good things he does. Encourage your family members to follow suit. His heart will not only fill with joy upon hearing praise, but it will also renew his self-esteem.

Toddlers often follow what they see. If you want your tot to be guilt-free it’s important that you and your partner avoid carrying around guilt. Tell your child that it’s okay to make mistakes but that it’s important he learns from them. You should also teach him the right way to express his guilt – admitting his mistake and not repeating it – without self-deprecating himself.

You may say some things to your child that might hurt him more than you may think. Avoid using harsh words and tones that have the power to hurt. Don’t make sarcastic comments or compare your toddler to another child whom you deem to be better. Don’t constantly bring up his mistakes or warn him of failure even before he’s tried his hand at something.

Leaving guilt and shame unchecked in the little heart of your toddler can lead to low self-esteem. It can have an adverse effect on his psyche as he grows up.

Here’s The Right Way to Use Olive Oil For Indian Cooking – Health Guaranteed!