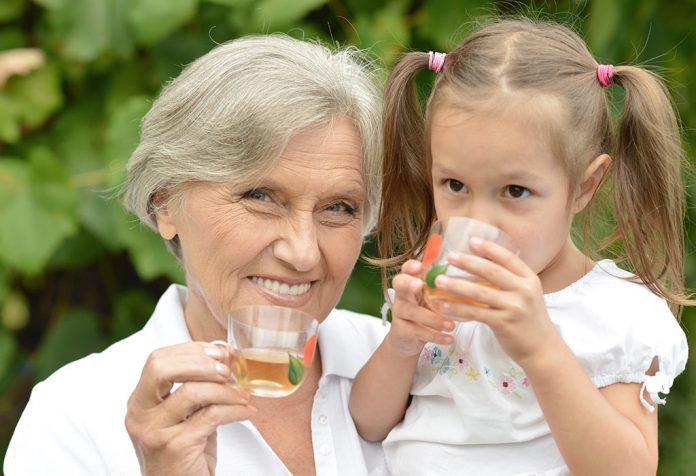 A decade ago, no one was familiar with green tea, but green tea has now found a permanent place in every kitchen in our country. Green tea has many health benefits, but if you are wondering if green tea is good for children and if you can add it to their diet, here’s everything you need to know.

What Is Green Tea?

Green tea is one of the most consumed beverages in the world and is made from unoxidized (unfermented) leaves found mainly in Japan and China. It’s laden with several antioxidants and heart-healthy nutrients, thus, having a powerful effect on the body, making it one of the healthiest drinks.

Can Children Have Green Tea?

Whether or not green tea can be given to children depends on their reaction to the caffeine content in it. If your child exhibits hyperactivity and wears out too quickly to the brink of exhaustion, then it’s best to not give green tea or any other tea to your child. Other telltale signs of whether green tea is suitable or not for your kids are insomnia, lack of focus, and short attention span. If your child doesn’t show these symptoms after sipping on a little green tea, then you can give it to him.

The following are the benefits of drinking green tea for toddlers and children.

Children who drink green tea are less likely to experience cavities or any form of tooth decay. ‘Catechins’ contained in green tea fight against cavity-causing bacteria and sulfur compounds which cause bad breath.

Green tea has antiviral properties which fight against infections like the flu. But it should be given to kids only in moderation. Do not give more than 1 cup of green tea to your child.

Green tea is highly beneficial for cardiovascular health since it prevents arteries from clogging up, keeping the blood flowing and heart pumping. And the result is regulated blood pressure.

Want your kids to have healthy bones? Science says that regular intake of green tea over a prolonged period has been shown to improve bone density and prevent osteoporosis in later ages. 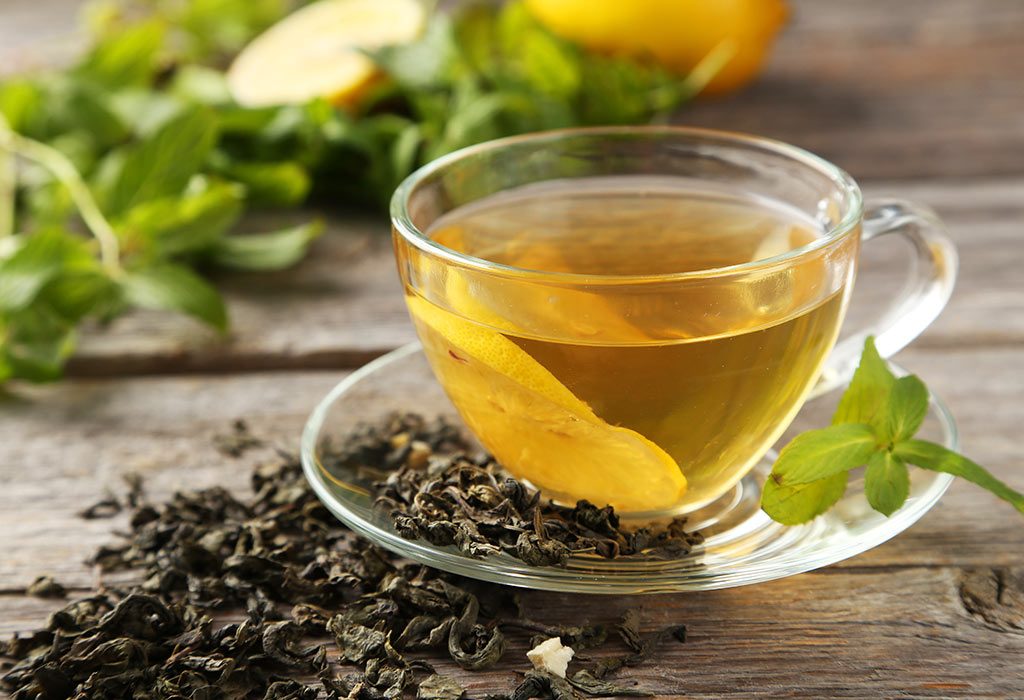 Side Effects of Giving Green Tea to Kids

It’s not all sunshine and rainbows when it is about giving green tea to kids. Green tea has its share of side effects, particularly for those who are sensitive to caffeine and have an underdeveloped immune system. The following are its side effects:

Your kid may become hyperactive after drinking green tea. For kids who are sensitive to even the tiniest amount of caffeine, this is what happens. Green tea contains smaller traces of caffeine than coffee and soda drinks, but it is still not recommended. Some kids may even develop allergic reactions after drinking green tea. Hence it is best avoided.

Children have developing metabolism and it processes caffeine and sugar too fast. This is also another reason to avoid giving them green tea. Your child may remain awake until the middle of the night after drinking green tea. Therefore, it’s best not given in the first place. Caffeine may also affect a child’s bodily processes.

Green tea contains caffeine in small amounts, which may cause acidity. This can even lead to issues like stomach pain and even nausea.

This is a condition when the blood doesn’t have enough iron. This is because green tea has tannin which reduces the ability of the body to absorb iron from iron-rich sources.

Taking green tea in excess of 400 mg per day or on an empty stomach may lead to vomiting. Green tea has polyphenols known as tannins which increase stomach acid, which can cause stomach ache, nausea, a burning sensation, or even constipation.

If the green tea consumed has high caffeine content, then your blood pressure is likely to spike due to the high-absorption rate of flavonoids.

Whether or not you should give green tea to your kids will depend on their age. Think about their age, nutrition, and activity levels before giving green tea to them. You could always try experimenting but it’s always best to ask a paediatrician before you take matters into your own hands especially when their nutrition is concerned. Try and choose green tea without caffeine to negate some of the side effects of green tea. Drinking green tea occasionally won’t hurt and if your kids stay healthy and seem fine (without showing any signs of the reported side effects), then they can keep drinking it.

Is the Easter Bunny Real – Pro Tips to Answer Your Kids

Should You Choose a Montessori Preschool for Your Child?

How To Burp Your Baby: Positions, Tips And More

Feng Shui Tips to Make Your Home Healthier and Happier

Jumping During Pregnancy – Is It Harmful?

1 Centimeter Dilation During Pregnancy- What Does It Indicate?

Aarohi Achwal - September 19, 2020
As you progress in your pregnancy and reach in the final stage of your third trimester, you may want to know the signs and...