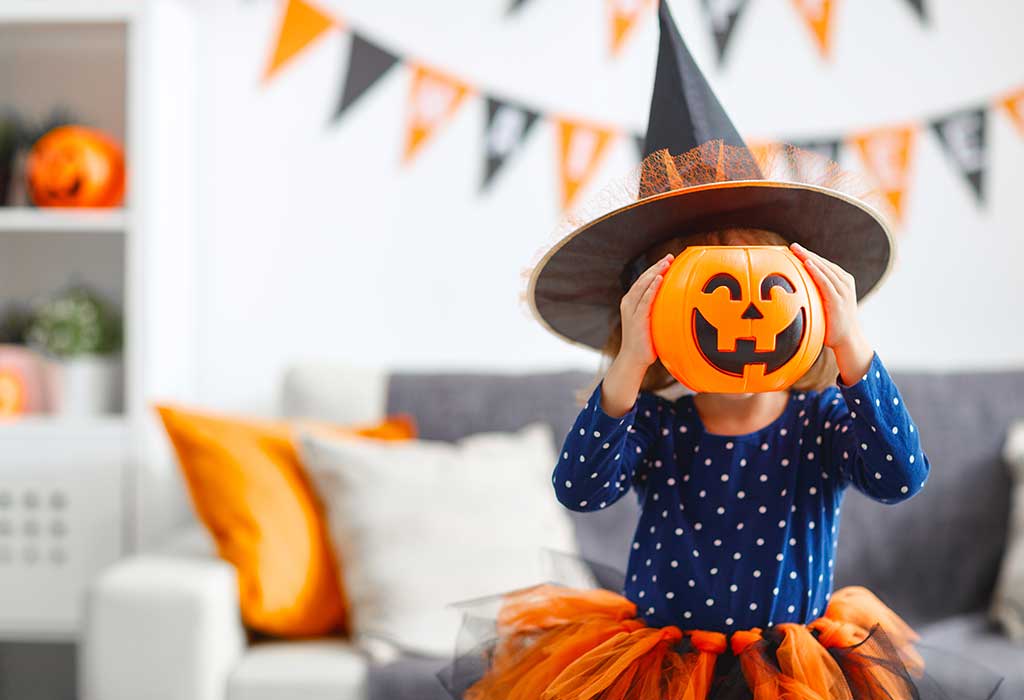 Over the years, Halloween has evolved into a community-focused kid-friendly celebration. Here are a few Halloween-themed quiz questions to celebrate this fun festival better with your kids.

Halloween, Allhalloween, All Hallows’ Eve or All Saints’ Eve is one of Britain’s most popular traditional festivals dedicated to remembering the dead, including martyrs, saints and all the faithful departed. Many believe that Halloween rituals may have been influenced by the ancient Celtic harvest festival, mainly the Gaelic festival of Samhain. Others believe that Halloween began as a Christian holiday, being the vigil of All Hollow’s Day. However, this holiday has been transformed from a fairly eerie night of superstition to the playful and family-centric celebration that include activities like lighting bonfires, attending Halloween costume parties, carving pumpkins into jack-o’-lanterns, playing divination games, apple bobbing, telling scary stories, trick or treating, visiting haunted attractions and watching horror films. Like any other holiday, Halloween has many surprising facts that may challenge our knowledge of the festival. This range of puzzling Halloween trivia questions for kids should get them excited and make them future Hallowe’en experts.

Question 1. When is Halloween celebrated?

Question 2. In which country did Halloween originate?

Question 3. In what year will the next full moon occur during Halloween?

Answer: The last Halloween that had a full moon was in 2001, and the next full moon on Halloween will be on 2039.

Question 4. Where did bobbing for apples originate?

Question 5. What is the traditional name for a pumpkin with a face carved into it, after it is illuminated from within by a candle? 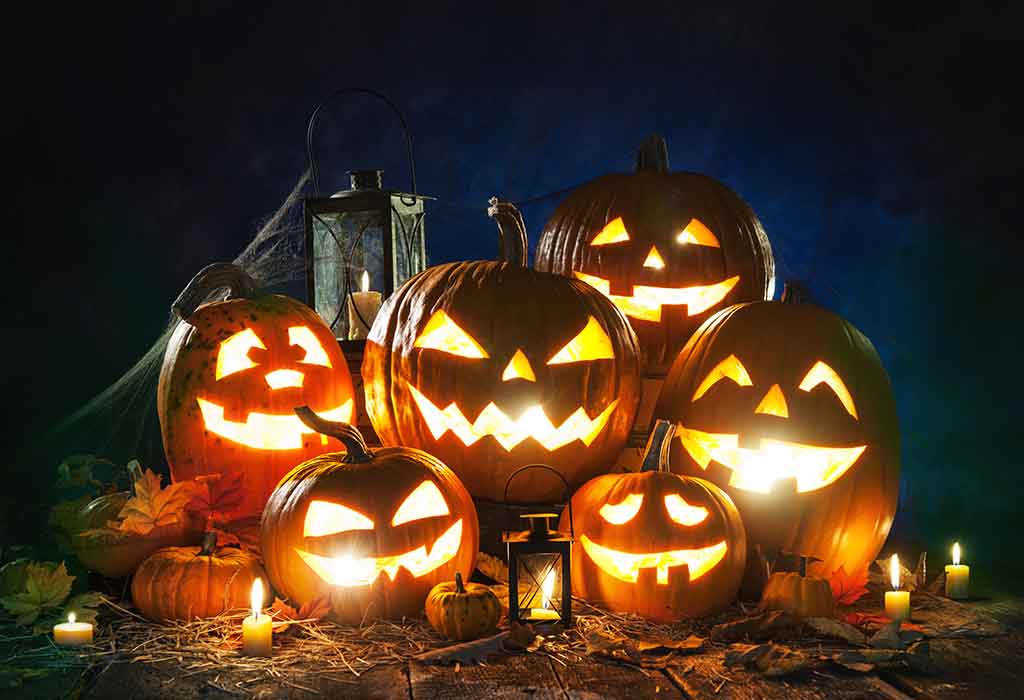 Question 6. What were Jack O’ Lanterns carved from before pumpkins were used?

Question 7. What is the traditional Scottish name for Halloween, which derives from the name of Celtic god Samana?

Question 8. What is the name for Halloween in Spain?

Question 9. Which two colours are traditionally associated with Halloween? What do they represent?

Question 10. ‘Guising’ is the Scottish and Irish term for which Halloween tradition?

Question 11. Which Catholic Church holiday is Halloween linked to?

Question 12. Why did people start dressing up in Halloween costumes?

Answer: Europeans, including the Celtics, dress up in costumes to ward off evil spirits that visit Earth during Halloween.

Question 14. When is Halloween thought to have originated?

Question 15. When was Halloween first celebrated in the United States?

Answer: Around the 1840s, when Irish immigrants trying to escape from the potato famine arrived in the United States.

Question 16. What is the most popular Halloween candy in America?

Question 17. From which continent do the round orange pumpkins originate?

Question 18. Where were witches believed to fly to on their broomsticks on Halloween?

Answer: The Grand Sabbat, a gathering of witches to perform magical rituals.

Question 19. What is the word Halloween an abbreviation of?

Question 20. What is the day before Halloween known as?

Question 21. What does the name ‘Dracula’ mean?

Answer: Son of the Dragon

Question 22. What is the traditional name for a broomstick?

Question 23. What was Dracula’s real name?

Question 24. Which phobia refers to the intense fear of Halloween?

Question 25. What is the significance of seeing a spider on Halloween?

Answer: A spider is thought to be the spirit of a loved one watching the person who spots it.

Question 26. Which country celebrates the Day of the Dead at midnight on 31st October? 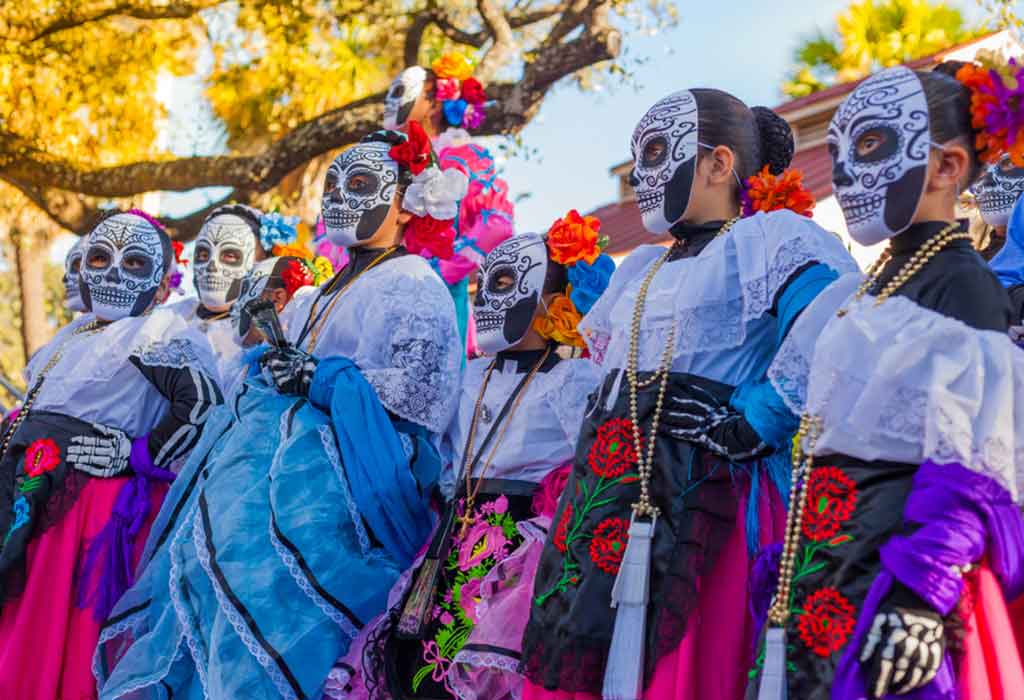 Answer: Druids, the priestly class of the Celtic religion.

Question 28. Which black coloured animal was first associated with bad luck by the Puritans?

Question 29. In which US state is it illegal to dress like a nun or a priest?

Question 30. Who was the First Lady to decorate the White House for Halloween?

Give your child a chance to explore their interest in Halloween’s traditions, which may enhance their ability to distinguish between fantasy and reality. Whether you follow Halloween’s timeless rituals or prefer to enjoy with your family and friends casually, make the Halloween celebration more meaningful for your kids. Let them understand the history behind this festival by going through these insightful Halloween questions and answers for kids.