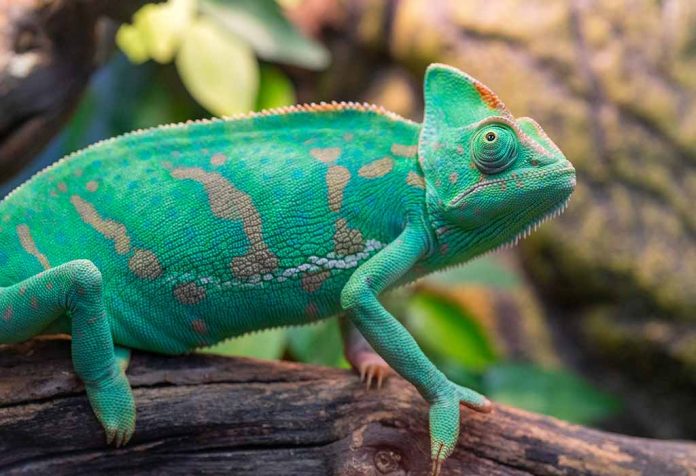 Reptiles are air-breathing vertebrates covered with skin made up of bony plates, scales or a combination of both. They have a significant economic value for food, medical products, pet trade, and leather goods and provide ecological services by controlling insects. Chameleons are a unique reptile of the lizard group of reptiles. The dramatic color transformation of their color often leaves children in awe and wonder. Despite what the widespread myth and fake videos on social media suggest, their hue-shifting skills, these enigmatic lizards are most multifaceted and far more impressive than what most common people can imagine. While this special characteristic helps them to defend territory and attract mates, they have a limited repertoire to transform the color of their skin to blend into their environment. They possess a host of physical adaptations that help them to survive in nature. They may be incredibly difficult to spot but they neither have a dangerous bite nor is their skin packed with poison. Evading predators may be their only tactic behind staying hidden. Although fossil records are sparse, the history of chameleons dates back to more than 60 million years ago. They might have originated in Africa or Madagascar but the oldest fossil, Chamaeleo caroliquarti is 26 million years old from western Bohemia. So, if you want to find out more here is more fun and amazing facts about a chameleon that would provide an insight into the interesting information about chameleon genetics and anatomy.

What Is a Chameleon?

Chameleons are reptiles that form a section of the iguana sub-order and belong to the chameleon tail of the Chanaeleonidae family. The family Chamaeleonidae is divided into two subfamilies- Chamaeleonidae and Brookesiinae. These highly specialized clades of old World lizards have around 202 species with a wide range of colors. The English word chameleonic derived from the Latin Chamaeleon borrowed from Greek khaman meaning ‘on the ground’ and Leon meaning ‘lion’. Distinguished by their zygodactylous feet, swaying gait, quick and powerful tongue, horns on their brow, and prehensile tail, chameleons are adapted for visual hunting and climbing. Since Chameleons are cold-blooded, they are identified as a reptile, unlike other mammals that are usually warm-blooded.

With distinctive physical appearances for each of their 150 species, chameleons are mysterious creatures that have long been a subject of research and study. Their sizes can vary from a maximum length of 15mm to a minimum of 68.5cm. Chameleon eyes are bulging and have a cone-shaped scaly lid with one small opening in the middle of the pupil. It can rotate its eyes to a full 360-degrees view and focus its eyes independently on two different objects which aid in locating preys and predators at the same time. Their enormously long tongue has the ability to dart out like weapons at the sight of their prey. The most chameleon tail cannot be broken off and cannot be regrown like many other lizards. They have long grasping tails that support the animal’s body weight allowing them to move between branches effortlessly. Smaller chameleons have ultra-sticky tongues that fire rapidly to pull even heavy victims into their jaws. Most species have a distinct horn-like decoration on their head called the casque. They have five toes on each foot that are grouped into two fascicles. The toes are bound into a flattened group of two or three that lend each foot a tongs-like appearance. Each toe has a sharp claw to grip the surfaces tightly while climbing.

Where Do Chameleons Live?

From the rain forests and lowlands, deserts, semi-deserts, steppes, mountains to scrub savannas, Chameleons inhabit warm and varied habitats. Madagascar is home to about two-thirds of all chameleon species. The rest are found in the Middle East, Pakistan, India, Sri Lanka, Portugal, Spain, islands in the Mediterranean Sea and the Near East. They typically stay in bushes or trees, though some species live on the forest floors.

Chameleons in general feed on insects but their larger species consume other lizards and even young birds. Veiled chameleons are omnivores. They eat leaves, flowers and insects such as grasshoppers, stick insects, mantids, locusts, and crickets. Jackson’s chameleon eats a mixed diet of smaller animals like snails, butterflies, caterpillars, worms, amphibians and other chameleons and plant materials. While the Chamaeleo Chameleon mainly eats mantises, wasps and anthropods along with leaves, oats and fruits. They drink water droplets present on objects like wet leaves.

Chameleons are quite relaxed solitary animals who pose little danger to humans. They are low-risk pets that need minimum handling. Forced or unwanted handling may cause biting or hissing. Their bite is painful but non-toxic as they transmit no poison.

Other Information About Chameleons for Children 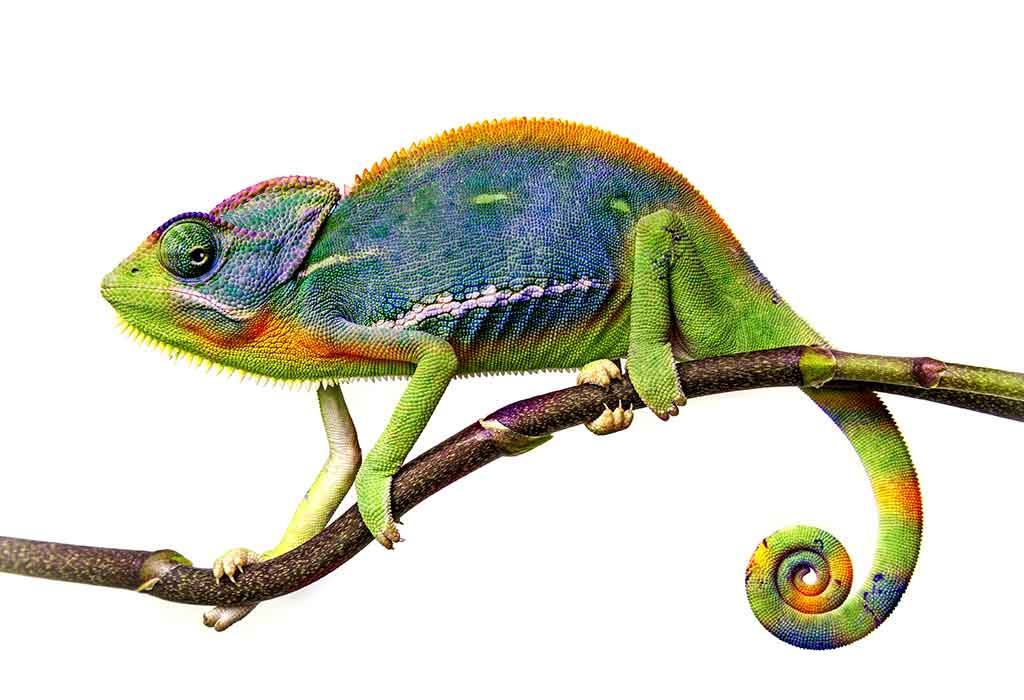 Herpetologists work towards the conservation of these threatened and endangered species of chameleons that are used for evaluating overall environmental conditions in the ecosystem. Loss of habitat due to slash-and-burn agricultural practices, cattle grazing, deforestation and pet trade affects the survival of all chameleon species around the world. Since care requirements for chameleons are quite specific and they get easily stressed, they do not do well in captivity too. However, an active captive bred chameleon with a bright well-fleshed body and has the ability to change color can be your best companion. It might just teach your kid some of the tricks of adaptability and assimilation to win in this competitive world!

How to Pack for a Destination Wedding

7 Ways to Ensure Your Newborn is Comfortable and Happy

Antibiotics for Babies – Advantages and Side Effects