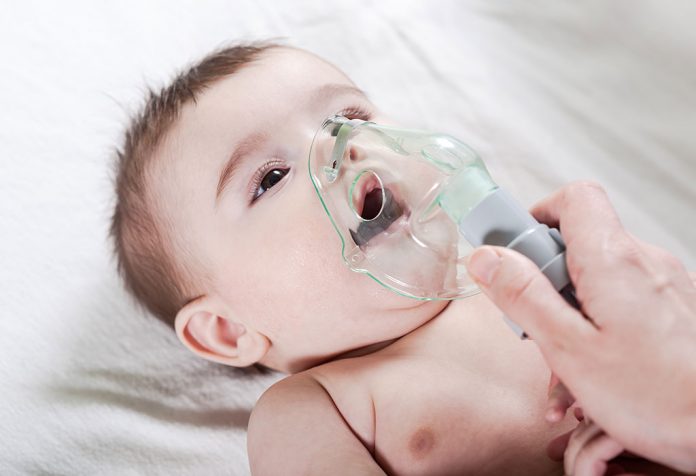 Does your newborn have an extremely deep and hoarse baby cough, heavy breathing or crowing noise while inhaling? These may also be accompanied with a mild fever and a very hoarse voice. If you are noticing these symptoms in your child, it is possible that he/she may have croup. In the beginning , croup can seem extremely scary for parents, but it is important to know that it can be treated. There are more than 1 million cases of croup reported in India per year.

Read on for some more information on this condition.

Croup, also known as laryngotracheobronchitis, is an upper airway viral infection that blocks breathing and causes a bark- like distinctive cough. Croup virus in babies causes the windpipe and voice box to swell which makes it difficult for the baby to breathe. Croup in babies under 3 months occurs mostly in winters and can be recognized as the cough sounds worse than it should.

It is important for parents of newborn children to be informed about causes, treatments and symptoms as occurance of croup in babies under 6 months is common. Croup does not occur frequently in older kids, as the size of their windpipe increases with age and physical development over the years

What are the Causes of Croup?

It is extremely vital for parents to understand what causes croup in children to be able to take appropriate precautions to avert it.

Croup starts like any other cold and that’s why initially it may become slightly difficult to differentiate and identify. However, soon what looks like a normal stuffy/runny nose and a fever may turn out to be something more severe. The most common signs and symptoms of croup are as follows: 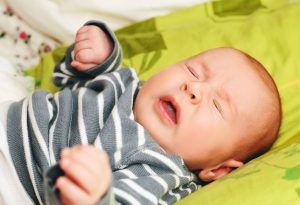 Symptoms of common cold can either precede or linger after croup Additionally, there are some signs that are indicative of severity of the condition and requires immediate medical attention. These may include the following:

Can Croup be Contagious?

Yes, a child can get infected by this virus through direct contact with someone who is infected. Additionally, secretions from an infected person can be contagious and that’s why proper precautionary measures must always be taken. Besides, ensure hygiene is maintained at all times.

How Long Does It Take For Croup To Go Away?

Baby Croup and how long does it last? This is a common question that plagues parents. Croup usually lasts for three to seven days but there is a possibility that it can last for two weeks depending on the severity. It generally peaks on the second or third night and during this time, you should continue to find ways to calm and relieve the baby. The symptoms of cold and flu might linger and leave the baby, and you tired.

How To Diagnose Croup?

Physical examination is the most common method to diagnose a croup. Doctors observe the child’s breathing, uses a stethoscope to examine it, along with the child’s throat. X-rays are also conducted to rule out the possibility of any other disease or condition. Sometimes, when an in-clinic visit is not possible, the doctor may listen to the breathing and cough over phone for the right diagnosis.

Treatment of croup in babies depends on multiple parameters that include the child’s overall health and well-being, medical history, age, extent of and seriousness of the disease as well as the child’s tolerance/allergies to particular medicines.

To understand how to treat croup cough in babies it is important you are equipped with all the pre-requisite knowledge. In case the infection is severe, hospitalisation may be considered, especially if your child has to be monitored at all times. 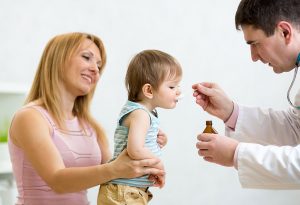 There are four types of medical treatments that can be followed to treat croup:

Home Remedies to Ease the Symptoms of Croup

A majority of croup cases can be treated at home by using natural remedies. Some home remedies for croup in babies include:

These are some home remedies for croup cough in infants. The child’s cough may improve during the day but come back at night. If this situation persists, it is time to visit a doctor.

Can Croup Be Prevented?

There is no current vaccination for croup, however avoiding exposures to contaminated objects, and prevention from contagious sneezing and coughing can prevent croup.

When to Call a Doctor?

If you are concerned that your child’s croup is not improving, your child is probably suffering from croup with stridor. If you feel the child is getting worse, even after the above-mentioned treatments, it’s time to call a doctor. Additionally, if you see you child breathless or turning pale, it’s time to rush him/her to the emergency room.

Thus, croup can be treated at home but you must take precautions to guard against an infection. Babies tend to feel uneasy when affected, so ensure that they stay healthy and are monitored at all times. 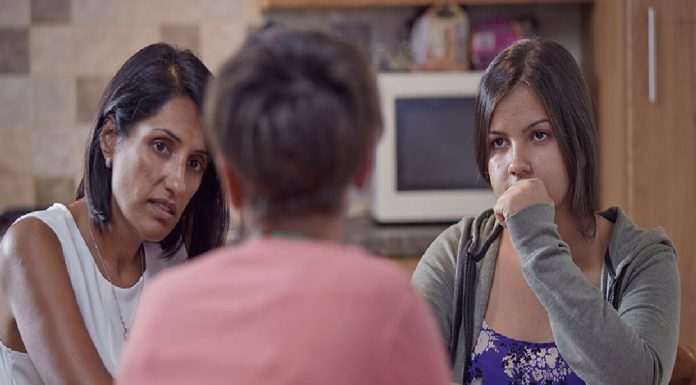 These Women Think Periods Are TOXIC & Give Solution To End Them. Sorry, What?

Zucchini and parsley spread with toast

How to Increase Immunity in Babies