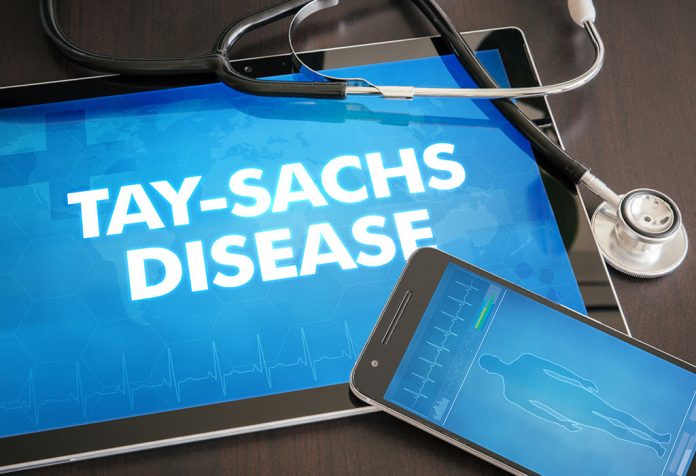 Some babies can develop a rare genetic disorder called ‘Tay-Sachs’ after their birth which gradually destroys neurons or nerve cells in the brain and the spinal cord and often leads to disability or death. This disease is not curable. However, genetic testing can be done early in pregnancy to screen for it and take a necessary action. Researchers are studying bone marrow transplants or gene therapy to find a cure for this disorder in the future.

What Is Tay Sachs Disease?

Tay-Sachs is an inherited neurodegenerative disorder which is passed down from parents to a baby. A child gets this disease if he inherits the genes from both the parents. In babies, it is a rare and progressive disease with fatal outcomes. It is triggered when hexosaminidase A enzyme responsible for breaking down fatty constituents called gangliosides is missing. Gangliosides are essential for the normal development of the nervous system and the brain. Normally they are continuously broken down by hexosaminidase A enzyme to maintain an appropriate balance. But in Tay-Sachs disease, this enzyme (necessary for removal of excess gangliosides) is absent. The absence of this enzyme leads to the accumulation of gangliosides in the brain which hinders the nerve functioning and results in the symptoms of the disorder.

Tay-Sachs disease can have many forms. Its most common form is infantile which normally manifests in babies around the age of 6 months after which their development slackens. Babies with a serious infantile form of the disorder usually survive only till early childhood.

Other forms of this disease are quite rare. Symptoms of Tay-Sachs disease can appear in adolescence between the age of 2 to 5 years but are generally milder than those displayed during infantile form. Such a condition is called juvenile hexosaminidase. The progression of the disease is quite slow and may result in death anytime between 5 and 15 years. There is also a late-onset juvenile or adult form of this disorder. The symptoms of this usually appear during adulthood. However, it is extremely rare and mildest in form. Life expectancy of people with this disorder may differ from individual to individual.

Another variation of the disease is chronic hexosaminidase. The symptoms can start showing about the age of 5 years and may not arise until the age of 20 to 30 years. It is milder in form. Some of the causes of the disease can be:

Some of the common symptoms of infantile Tay-Sachs disease are:

Symptoms of Other Forms of Tay-Sachs

The symptoms of other forms of Tay-Sachs disease may greatly vary from person to person. Some of them can be:

Prenatal tests like chorionic villus sampling (CVS) is usually done between 10 to 12 weeks of gestation which involves extracting some cells samples from the placenta through the abdomen or vagina, which may help in the diagnosis of Tay-Sachs disease. Amniocentesis is another test which is generally conducted around 15 to 20 weeks of gestation; this test involves taking out some fluid encircling the foetus with a needle through the mom’s belly. This test can also reveal the incidence of the disorder. Genetic testing of the parents is carried out to determine if they are the carriers of Tay-Sachs disease.

In case a baby seems to be displaying the symptoms of the disease a doctor may first inquire about the family history. He may also conduct a physical eye examination of the child to check for a cherry-red spot, which is one of the characteristic symptoms of ‘Tay-Sachs’ disorder. He may suggest an enzyme analysis of baby’s tissue or blood samples which examines the existence and levels of ‘hexosaminidase A’ to confirm the presence of the disorder. The levels are absent or reduced in Tay-Sachs disease.

There is no cure for Tay-Sachs disease. However, certain treatments can help one deal with its symptoms, anti-seizure medicines are available to control tremors. Other supportive treatment may include the use of chest physiotherapy to remove excess mucus formation from the child’s lungs to ease breathing problems.

In case a child develops difficulty in swallowing food or liquid a doctor may suggest a gastrostomy tube- a feeding device which can be put through a child’s nose to reach his stomach. Alternatively, an esophagogastrostomy tube can also be surgically placed to enable proper feeding. An affected child may derive some comfort from physical therapy or massages which can help maintain the flexibility of joints and muscles to promote as much movement as possible.

It may be difficult to prevent the incidence of infantile ‘Tay-Sachs’ disease as it is hereditary. Screening tests like amniocentesis or CVS of pregnant women can prove helpful in detecting the carriers of the disorder. Diagnostic blood tests is another way to find out if the expectant parents are both carriers or not. Once the disease is diagnosed, you can ask your doctor what can be done.

In case you have a family medical history of Tay-Sachs disorder and intend to have children, it is advisable that you go for genetic counselling and genetic testing. For babies with Tay-Sachs disease and their families, many palliative care programs are available which help provide necessary support and quality of life.

How to Handle Conflict with your Child

6 Reasons Why Babies Born in December Are ‘Super Special’