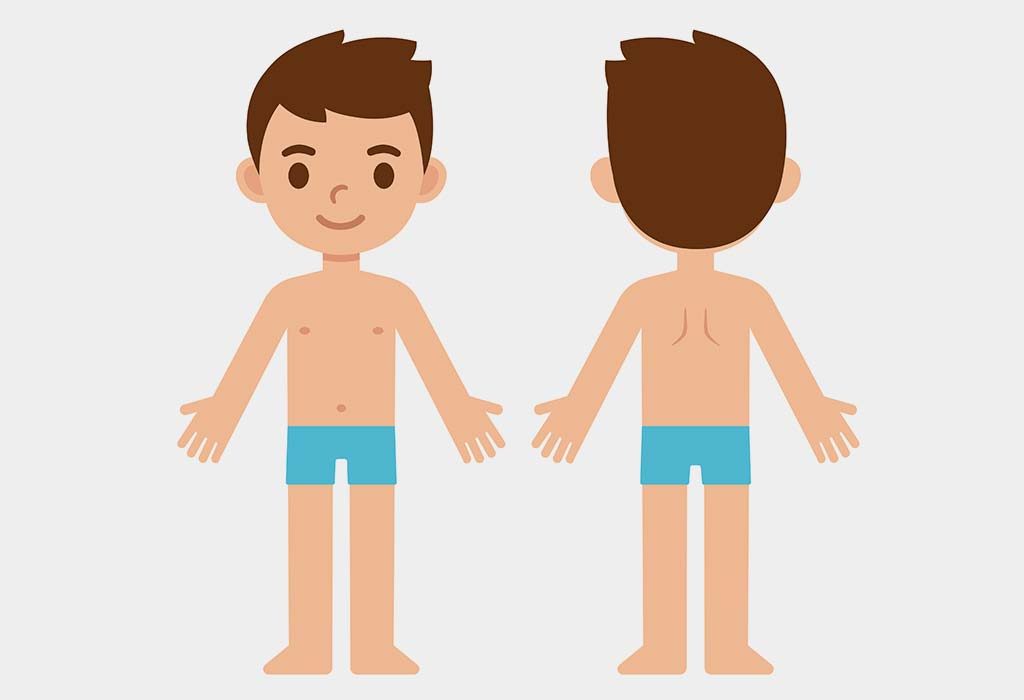 One fine day Shweta’s 2-year-old lovely daughter while having her bath asked “Mumma, I have one question in my mind. Please tell me what is it and why it feels so good touching it?” she immediately pointed down towards her clitoris and then innocently looked at Shweta wondering why her mom was taking so much time in answering her. On the other hand, Shweta (although knew the answer) suddenly had her mouth shut and felt overly embarrassed – how was she supposed to answer her daughter’s question! Her mind juggled whether to use the exact terms regarding her private body parts or to use euphemisms for the same? Wouldn’t the use of exact language steal her innocence at such an early age? Would it be culturally and socially acceptable? What would happen if she used the words in public?
All these questions must have definitely come to your mind too and you would agree that Shweta is not alone in feeling embarrassed, answering her child’s curious questions related to genital parts.  Pertaining it to deep rooted cultural norms or inherited fascination and discomfort in openly talking about sex and sex organs, most of us, as parents, often feel awkward naming the child’s genital parts appropriately. We tend to resort to using euphemisms like boo boo, pee pee, wee wee, cookie, etc.  instead of the real anatomical names. But have we ever thought that just to escape a situation of so-called embarrassment we are doing more harm than good to our children’s safety as well as overall empowerment?
In today’s scenario when reports suggest that one in every 10 children is suffering from sexual abuse before attaining the age of 18 and about 20% of them suffer such heinous crime even before they turn 8, it’s high time we really opened our minds regarding this issue which is not only sensitive but an extremely serious one too. It is rightly said that the first education for a child begins at home and that the very first teacher to a child is her parents. When we make our child learn hands as “hands” and not as “pickie” or legs as “legs” and not a “walkie”, eyes as “eyes” and nose as “nose”, then why should we hesitate in calling a penis as “penis” or vagina as “vagina”? In fact, they too are a part of our very own body and play an as much important role as a heart or a brain does.
You might wonder why it’s so strongly recommended to use the exact words for genitals in front of the children and to teach them to say the words as normally as we say other words. Well, here are the reasons as suggested by not only the child sex abuse prevention educators but also by the paediatricians across the world:
1. First and the foremost reason is that if genital parts are called by pet names or euphemisms it is likely that we inculcate in our child’s mind that these private areas are some bad places or areas that shouldn’t be talked about openly. Hence we inadvertently teach the child to keep it a secret even if inappropriately touched.
2. If a child is inappropriately touched, she should be able to clearly and openly communicate with the trusted adult or care giver about what happened with her. Remember most of the times child molestation is done by a known person and taking any action over the known person gets very difficult if a child uses a pet name instead of the anatomical name. Mind it, euphemisms create a whole lot of confusion. For instance, if a girl’s vagina or vulva has been inappropriately touched she should say it that some ABC touched my vagina or vulva. What will happen if she says ABC touched her cookie. Will the court take any serious action against the perpetrator? No. Hence to be heard seriously and to make sure some action is taken, the statement should be clear and precise.
3. Use of euphemisms can make the paedophile easily say that inappropriate touch was just a fun game or a joke or an act of no importance. on the other hand, studies have reported that the child who calls by the exact words is less likely to be targeted by the abuser as he gets scared that the child knows everything about the bad act and could tell everyone about it. 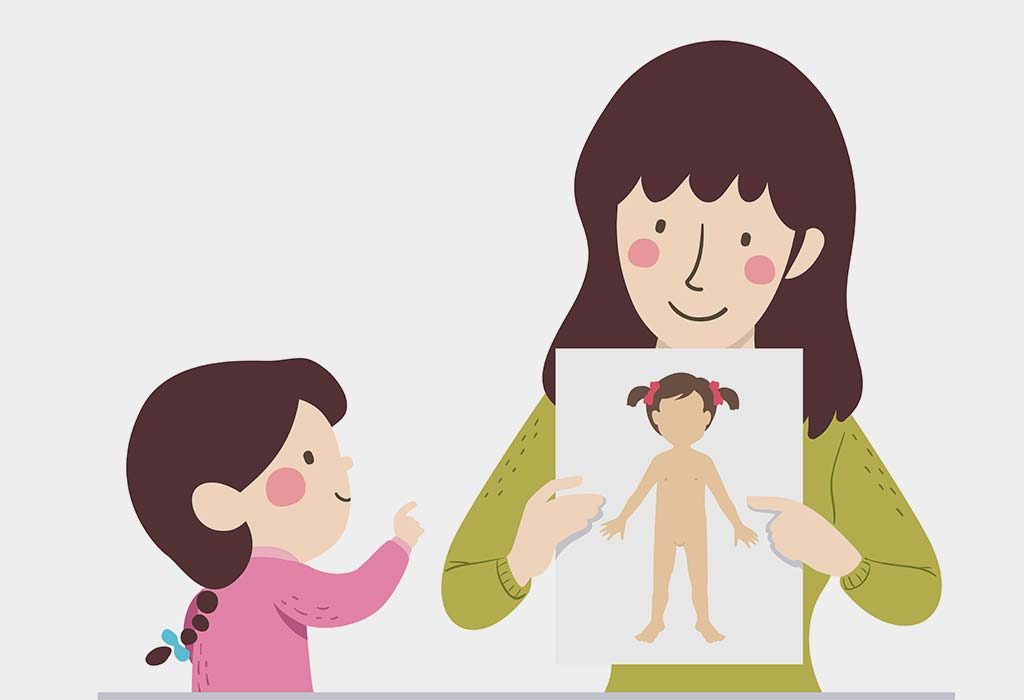 4. The next compelling reason is to make the child love and admire her whole body. Using names like boobs or pussy is not only derogatory but also a sense of discomfort is instilled in the child’s mind. It very much signals our discomfort too in front of the child. This makes the child think that these areas are not worth mentioning. The child should not shame his or her body parts; instead, there should be a kind of respect for own and other’s body.
5. Using correct anatomical names helps in lessening the shame that exists around sexuality. It is of great help during the period of puberty when the child’s body undergoes a vast number of changes and that time it really gets easy and comfortable to frankly talk about those changes.
6. If a child knows the exact names it becomes easier for him or her to tell about any medical conditions related with them or if he or she has been hurt there. The child would tell the problem to the parents or care givers and health care professionals more accurately.
As we now know the reasons in favour of using correct body parts’ names one might wonder when and how we should start teaching the child about the same. The answer is: when the children start differentiating between the sexes and genitalia; that is, around the age of three. However, it’s never too early to start an open conversation related to this. Hence it can be anytime when the child starts understanding what you speak or starts learning to speak a few sentences.
The learning process can be done anytime like a fun game during bathing or while playing teacher- teacher or doctor patient where the child is told to point out the body part. Where is the nose? Where are ears? Where is the penis and where is the vulva? Also, tell them that nobody is allowed to touch them without your permission.
Remember never to ignore the child’s curious question. The more you ignore, the more you feed your child’s curiosity, so that she might even resort to some kind of bad path to curb it. The communication should be honest straightforward and as normal as can be.
First, learn yourself the correct terms before teaching it to the child. Yes, you read it right! Sometimes the awkwardness is so pervasive that even we as a parent fail to know the correct terminology for those parts. Here are few terms with their exact meaning to help you out:
• Clitoris: the sensory part that is often touched by the child located in the front of the vulva where the folds of labia join.
• Vulva: the external part or covering of the female reproductive system which is seen in between the legs. Often mistaken for vagina by commons.
• Labia: the two lip like folds or flaps that surround the vaginal opening.
• Vagina: is an internal organ. A muscular tube that connects the vaginal opening to the uterus.
• Breast: the two prominence on either side of the chest.
• Nipple: is the small projection of skin from the breasts.
• Penis: the cylindrical structure that protrudes out in men in between upper thigh region of the legs used for urinating and intercourse.
• Glans: the tip of the penis.
• Scrotum: the sac of skin that hangs from just below the penis and rests in between the upper thighs.
Remember prevention has always been better than cure. Child sexual abuse is much more prevalent than we realize. Very few cases are identified and fewer are reported accurately or taken care of. The very first step in preventing child molestation is to teach your child correct names about their private body parts and to have an open conversation in this matter. Make your child a confident and well empowered for his/her bright future. Your child should be able to love his/her body and able to protect himself/herself. So next time when your child calls aloud vagina or penis, there shouldn’t be a hush, a whisper or a giggle; don’t be embarrassed, come out of your discomfort and feel proud instead.

Previous article « Women and Pregnancy: Pregnancy Makes a Mother Strong, Happy and Sad
Next article Whether to Announce Their Arrival or Not Was the Big Question? But It Was a Christmas Miracle! »