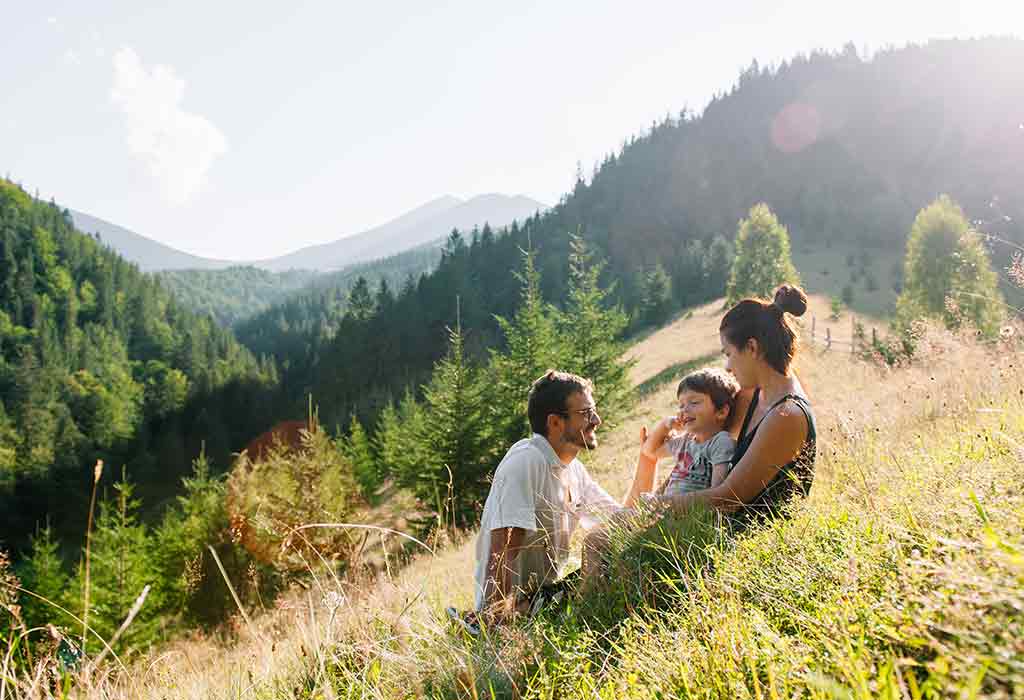 We had been recently transferred to this new place, a small town. The pride of the town is a hill owning a height of around five hundred feet. The hill crowns a fort on its top which is a tourist spot. In spite of being at a distance from the city, the town has a lifestyle of a village.

We moved to a new but rented apartment. The flat was constructed in such a way that we got a captivating view of the majestic hill from the hall, kitchen, and one of the bedrooms. We had fresh air and sunlight as most dwelling places were individual houses.

In spite of being previously attached to city life, I was finding it arduous to get acquainted with this new way of living. Every day, I would look at the hill. People would be climbing it, sometimes, I saw goats grazing up there, but I never found the hill standing alone or being deprived of any company. I always wondered how much time it might be taking people to reach the fort. But, I have no memory of my strong inclination to climb it.

As mother nature changes her look, the hill would robe itself accordingly. I would watch it on full moon nights when the moon would rise behind the fort. In the time of sunset, the crimson red sky behind the hill would be picturesque. On rainy days, the white cloud-covered hill would be enough to bring the feeling of any hill station. In winter, the fog would cover it like an aureole.

Gradually, I had constant nascent thoughts about how everything might be looking from such a great height. Would the moon look a little bigger or what the queen would experience up there in all seasons? I would often say that I wanted to be there at the top but I never really could believe that actually, I would be there someday. I had my restrictions. My daughter was three years old and was completely dependent on
me. We would have our parents with us, but only for some time as we were far from our native place.

So, one day I planned to get a closer look at the hill. It was just one kilometre away from my home. I’ve always had its view from outside. We reached there. Having some heritage values, the hill is being taken care of by the government. Upon reaching there, I came to know that the visiting time was over. So, we could not get tickets for ourselves but the guard allowed us to explore the foot of the hill.

It was really enjoyable. The area was quite large. There were stairs for going up. My daughter urged me to go up, but I convinced her we would come next time because that day’s time for the visit was over. She understood, and we returned from there.

The next Sunday,  we reached the hill again, but a little early. I always get a water bottle and snacks for my daughter but never prepared for ourselves because I never believed that we would be climbing the hill not even in my wildest dreams. This time, we got the tickets, and we started climbing the stairs. My daughter, with her father, was climbing ahead of me. She was so excited that she did not look back.

Her father suggested climbing a little farther up and then returning. I was finding it difficult to breathe under the mask. So, I removed it occasionally, but the father-daughter duo, not for a second did they remove the mask. This way, all of us climbed up to three fourth of the height.

At this height, the hill had a large plain surface where one could rest for some time. The breeze was cool, and the view of the city from the top was impressive. There was a lotus pond in the way where the road ahead led to the fort. We took some rest there. My daughter had some snacks and water. There was no source of any food or beverages up there. Also, the number of visitors was very few.

My daughter was the youngest visitor among all. Still, she insisted on going up there. Her father was a little hesitant considering she was too young to climb such a height. But ultimately, he agreed. He decided to carry her and march ahead. The fort was not very far. It was closer than the distance we had already covered. But the road was steep. Somehow we managed to reach there.

It was dusk, and the sun was in preparation to leave. When we reached there, we felt it was worth coming. At the same time, we also realised that it was our daughter, for whom we were on the top. The reason I was considering a limitation was the reason behind liberation.

Life always works mysteriously. Sometimes, things happen when we least expect something. The mechanism of the universe is beyond human imagination. All I did was cultivate a desire and wish it to happen. The rest was taken care of.

Previous article « International Mother Language Day 2022 – History, Theme and Importance
Next article A Letter to My Parents, Who Are My Angels in Disguise »