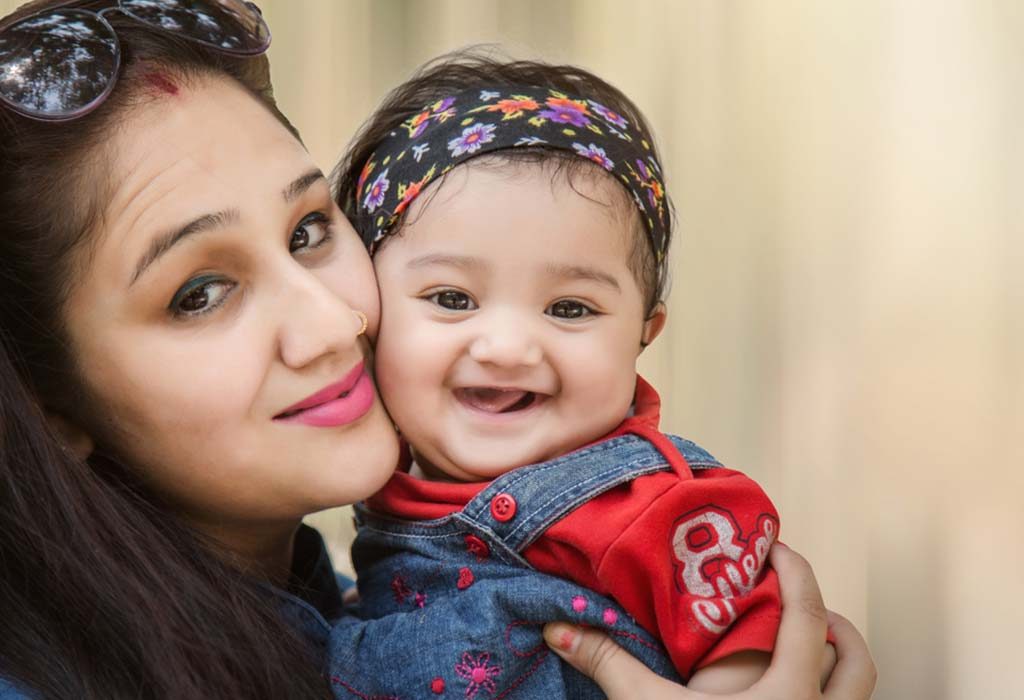 The land of innumerable beliefs, customs and traditions – India! We are indeed privileged to be in the midst of the diversity that is so exclusive to our country. There are traditions across sects and communities for almost every day of the year, but nothing beats the birth of the little people who soon become the centre of our world: babies! Not surprisingly, some of the most special customs are reserved for pregnant women and newborn babies. We usually accept these customs and go along with commonly held beliefs about them. But guess what, the REAL reason behind a lot of the very popular baby customs is something that took us by surprise!

Pregnancy is a period of great caution as well as a great celebration. From pampering by the family members to Godh Bharai ceremonies and baby showers, there’s so much happening in your world. For example, a popular Hindu ritual during pregnancy is known as Simantonnyana and is performed by the husband in the seventh month. Prayers are recited as the to-be mother’s hair is lightly parted by her husband. How very sweet, right? And the purpose of this ritual is exactly what meets the eye – it is meant to be a gesture of affection and love to put the expecting mom in a state of calm.

But when it comes to newborn babies and rituals to welcome them into the world, things are not that simple. Often, the reason that we assume behind the ritual is far from the truth! So, if you are pregnant or just became mom to a little bundle of joy, it will be interesting as well as important for you to find out the true purpose of these common Indian rituals. Your elders and the community are likely to ask you to observe them, so it’s good to be prepared and make sure your baby is safe.

Here are the reasons behind some of the most common rituals you know!

“Oh do get your baby’s head shaved. His hair will grow much thicker!”

A lot of us have believed in the above reason for shaving a baby’s head. This is also cited in many communities where the ‘Mundan ceremony’ takes place – a religious occasion when the baby’s head is shaved. In both Muslim and Hindu traditions, this happens in the first 3 years of birth but the reasons are very different:

As per Muslims, a baby’s head must be shaved to display that the child is a servant of Allah. In fact, they sometimes weigh the hair and donate its equivalent in silver to the poor! As for Hindus, the Mundan ceremony is believed to rid the baby of past-life negativity and cleanse his body and soul. This is why it is common to scatter the shaved hair into the river Ganga, which is believed to be holy. Further, if the ritual is performed in the third year for a boy, it is said to mark his transition to being a man. Wow!

As you can see, this doesn’t have anything to do with hair growth. Head shaving has no effect on how thickly hair grows simple because hair grows from a follicle beneath the scalp. That said, your little one’s mundan will be an exciting time for you – but it may not be so exciting for him! In fact, it may even be scary. Doctors suggest that under no cost should you expose your baby’s scalp to any harsh or sharp material in the early months – so time the mundan ceremony wisely and observe these safety measures for mundan.

Ear piercing is considered quite normal amongst Indian babies whereas in the western world, this is not a norm. This ceremony is performed within the first to third year after birth and may be done along with the mundan ceremony mentioned above. The roots of this tradition are deep-set in Indian history – no, this is not just cosmetic! Here’s the truth:

Hindus pierce the baby’s ears as part of a ritual called Karnavedha. This is believed to ward off evil! But then, why is this custom more popular for baby girls only? Well, it is believed that ear piercing helps in maintaining regularity in the menstrual cycle, as well as help girls deal with problems such as hysteria! The earrings are believed to help maintain the flow of electric current in the human body. Some communities also believe that the ear is an important acupuncture point and thus, the piercing will aid good health and development in the child.

Expert opinion varies on whether or not ear piercing is safe for your child. There is a risk of infection as well as pain, especially as the skin in the ear is very sensitive. If you must follow this tradition, for religious or for cosmetic reasons, make sure you take necessary care to keep your child safe.

Most Indian people have a specific tradition they follow to introduce the baby to the larger community. For most of us, this involves our religious place as well, where we go to seek blessings for our newborn and then introduce our baby to other people. But the Sikhs have a custom that goes beyond just the ‘welcome’ and doubles up as a naming ceremony!

Sikhs are known to be hearty people who love to party with gusto. It is no surprise, therefore, that they also celebrate with great fervour when a baby is born to the family. When Sikh women first find out they are pregnant, prayer is their very first action. The parents start with visiting the local Gurdwara/temple as soon as they can, typically within 40 days of birth. There, the priest opens the Guru Granth Sahib, the holy book, and reads out a random verse. The parents then take the first letter of that page’s hymn and name their child with that letter. The baby’s name is then announced to the congregation. A sweet dish/prasad (usually Karah Parshad, made from flour, semolina, butter and sugar) is made and distributed as a celebratory treat. This tradition is set out in the Sikh Rahit Maryada (code of conduct) and observed very strictly.

“Feed your baby honey. It is a wholesome food!”

Many new mothers continue to be advised to feed honey to their baby, for health reasons. It is among the first foods that a baby is asked to taste but the reason behind this has nothing to do with nutrition.

Many Hindu and Muslim communities follow the ritual of making the baby taste something sweet. It is believed that the infant’s first taste should be sweet so that he can speak sweetly for the rest of his life. In Muslims, this is performed by rubbing a softened date with a bit of honey onto the baby’s upper palate. Hindus use honey as well, in a similar ritual known as Jatakarma. It is meant to guarantee a sweet future for your child. But there’s more: some communities also believe that honey has a positive effect on the baby’s gastrointestinal system by reducing colic and acting as a laxative! In fact, according to some Hindu cultural beliefs, honey is thought to clear out meconium (or the dark poop newborn babies have at first).

So no, that honey is not intended to help the growth of your baby in any way. In fact, honey can contain spores of a bacterium that can affect their still immature digestive system and cause a fatal illness called botulism. This bacteria is harmless to adults and children over 1 year old, but only then! Please remember that doctors prohibit anything but breastmilk/formula milk in the first few months after birth, even water. Yes, while following a ritual is important in its own sense, refrain from feeding your baby anything that is not recommended by the paediatrician.

When our little ones are born, what is it they hear first? Probably our excited conversations, laughter, tears of happiness, and plans for their future already. But Muslim communities have a very different and endearing idea about what words the baby must hear first.

Among Muslims, the first words that a baby is made to hear are the “azaan/adhan”. This is the call to prayer. It is basically translated to “God is great, there is no God but Allah, Muhammad is the messenger of Allah. Come to prayer”. One of the child’s parents typically whispers the prayer into the right ear of the child when she/he is born.

What a wonderful way to introduce the little one both to religion as well as give him a sense of protection. The first words your baby hears, and what he hears in the next few months, play a key role in his social and cognitive development. So do be careful what you say around your baby!

How fascinating are the meanings behind some of our popular customs for babies, aren’t they? Traditions and customs are deep-rooted in Indian culture and are part of the reason our country enjoys such rich cultural heritage. As parents, all of us want to celebrate our little angel’s birth with great fervour. The only thing we must keep in mind while deciding to follow/not follow a certain tradition is our baby’s safety. Surely, there is nothing more important than that, right?

Previous article « Breast Milk Vs. Formula – Make an Informed Decision
Next article Foods That You Should Eat on Your Period to Kill Those Cramps »