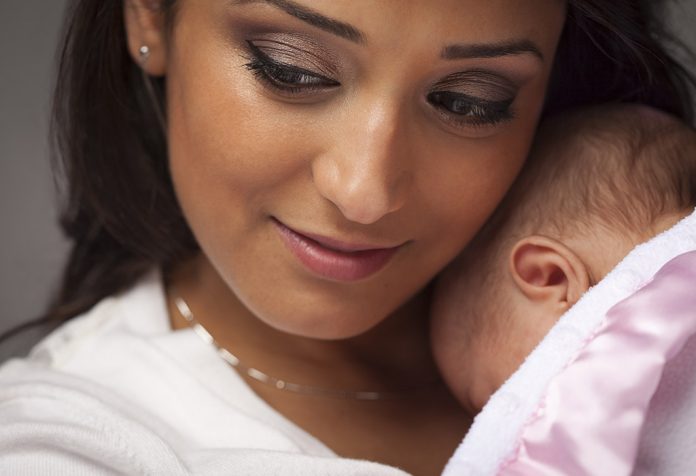 A baby naming or naamkaran ceremony is an important occasion, where the parents select their newborn’s name by following traditional rituals and astrological rules of naming. It’s a formal and sacred event attended by close family, relatives, and friends, who get together to shower their blessings on the newborn baby for his well-being and good life.

Naamkaran or naming ceremony is a Hindu tradition and is one of the most significant of the 16 Hindu ‘samskaras’ or rituals. ‘Naam’ means ‘name’, and ‘karan’ means ‘to create’, in Sanskrit. In some traditions, naamkaran ceremony is also called ‘palanarohan’, which means to put a child into the cradle. In Sanskrit, ‘palana’ means ‘cradle’, and ‘arohan’ means ‘on board’. This function not only has a religious significance but also has legal and social importance.

When and Why Is It Done?

Traditionally, the naamkaran ceremony is held within a few weeks of the baby’s birth. Ideally, the naming ceremony is performed 11 days after birth, just before the ‘Sutika’ or ‘Shuddhikaran’ period, during which the mother and child are given intensive post-natal care. Therefore, the eleventh or twelfth day after birth is declared the most auspicious day for the ceremony. Nevertheless, the eleventh day is not mandatory, and the parents can choose any day based on their priest’s or an astrologer’s advice. Hence, the naamkaran ceremony may be scheduled anytime after the tenth day, and before the baby’s first birthday. The naamkaran ceremony is performed to give the newborn a name and an identity. The rituals conducted during the ceremony are to seek blessings for the newborn for his good health and a long and prosperous life ahead. His horoscope is also prepared on this day.

Where and How Is Naamkaran Sanskar in Hindu Tradition Performed?

The naamkaranvidhi can be performed at home or in a temple. The choice lies with the family, and the practices followed in the community. While some may celebrate it on a grand scale in a special banquet hall or tent (pandal) with a large gathering, others may opt for a small private ceremony with close family. A pandit performs the naamkaransanskar. He decides an auspicious day and time of the naming ceremony, also called the ‘Shubh Mahurat’. A puja or havan is conducted, wherein prayers are offered and mantras are chanted for the well-being of the newborn. He also creates a horoscope for the baby.
Rice grains are spread on a bronze dish or thali, and the father writes the newborn’s name on it with a gold stick. The grandfather or uncle can perform the rituals in the absence of the father. The chosen name is then whispered into the baby’s right ear by the father four times, along with a prayer. In some families, the aunt (father’s sister) of the baby whispers the baby’s name in his ears, following which it is announced to family and friends.

In certain communities, the auspicious ceremony is performed in the presence of at least five married women. These women are responsible for conducting various rituals as per the Hindu customs, like singing songs for welcoming the baby. In some families, the newborn baby is placed in the cradle, and the family members take turns to rock the cradle and bless him. The ceremony is then concluded with a special feast for the guests.

Choosing the Right Name for the Baby

Hindus believe that the meaning of a child’s name influences his character and shapes his destiny. They also believe that if the name of the newborn is not in sync with the planet’s position, it can bring the child bad luck. So, choosing the right name for the baby is very important. Pandits usually advise conducting a naamkaran by the date of birth, or sun sign or rashi. So, based on the child’s birth date and time, a particular letter associated with the rashi is selected, and a name starting with that letter is given to the baby. This is believed to bring good luck for the baby.

As per Hindu tradition, the initial letter of the name is also important and is selected based on the ‘Janam Nakshatra’ or star under which the child is born, the moon sign, and the planetary placement at the moment of birth. A name can also be chosen according to the deity who is believed to preside over the birth month, or after an ancestor. In general, there are five naming principles which are followed: Janam Nakshatranam (by lunar asterism), Devatanama (after the family deity), Masanam (the birth month), Samsarikanama (the worldly name), and Rashinama (zodiac sign).

The Official Name and the Astrological Name

Some parents like to keep the astrological name private based on their comfort level. The name chosen during a naamkaran ceremony becomes the official name. But nowadays, an official name is selected, and also a shortened version, by which the child will be addressed at home. This may be done by combining the names of the parents. Some communities believe that a boy’s name should contain an even number of Sanskrit letters (2, 4, 6, and 8) and a girl’s name, an odd number of letters (3, 5, 7, and 9). 11 is a number which is considered auspicious for both genders.

Gifts That Are Appropriate for a Naamkaran Ceremony

On the occasion of the child naming ceremony, people shower their blessings on the newborn in the form of gifts. Different kinds of gifts can be given, depending on the relationship with the family and the budget. Gifts can also be selected keeping in mind the requirements of the baby. A few gift ideas are:

Baby naming or naamkaran is a very special way of celebrating the arrival of the newborn into the family. It’s a way of showering him with blessings according to the rituals and traditions, thereby cementing a good and prosperous future for him.

How to Improve Weak Eyesight in Children

Swiping Mobiles for Babies – How They Do/Don’t Help

A Perfect Marriage? The Road Is Always Under Construction!