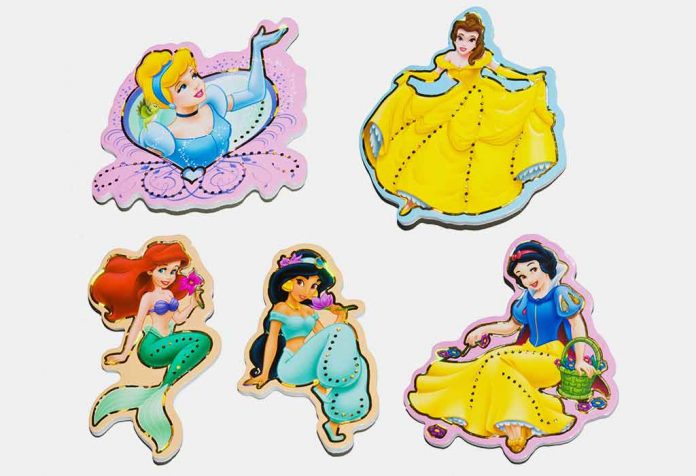 Disney has been around for almost a century now and its characters are etched in our hearts. People from every generation have grown up watching Disney shows and movies. Their magical movies and fun and brave characters can always get conversations started at a party or over a family dinner. If you’re soon planning to host a party for your kids or a Disney-themed birthday party for your child, a Disney quiz could be a great way to keep the children engaged. A Disney movie trivia can serve as a great icebreaker activity for kids. We bring you a list of Disney trivia questions (with their answers) that you can ask during the party. Go ahead and browse through these Disney trivia questions.

1. Who teaches Mowgli about the bare necessities of life in ‘The Jungle Book’?

This is an ideal question for a Disney quiz for a 7-year-old’s Disney-themed birthday party. The answer to this question is very easy. Baloo, the bear who swore by the philosophy of “living life king size” was the one who taught the central character the essence of true living. The answer is simple but kids will struggle to recall the answer while the clock ticks.

2. Who becomes the king after betraying and slaying Mufasa in ‘The Lion King’?

Scar, the evil brother of Mufasa became the king. He never liked his brother’s popularity as the king of the jungle.

It took four mice to pull the carriage that took Cinderella to the ball. But for the wedding, only two horses pulled the carriage. It’s a rare question that might leave the kids confused.

4. Who is the Prince of Princess Aurora?

Princess Aurora is engaged to Prince Phillip since childhood. Their respective fathers, King Stephen and King Hubert decide that they would get their children married when they come of age. Prince Philip saves the princess at the end and they make a lovely pair.

The answer to this question is Aladdin. Aladdin’s best friend is Abu, the monkey and a genie. Both Abu and genie help Aladdin win over his princess Jasmine when he tries to pretend to be a prince.

6. Which one of Captain Hook’s hand is a hook or has one?

7. What is the name of Alice’s kitten in ‘Alice in Wonderland’?

The name of Alice’s kitten in Alice in Wonderland was Dinah.

9. Which one is not the name of a dwarf in ‘Snow White and the Seven Dwarfs’? Your options include – Bashful, Lazy, and Dopey!

Lazy is not the name of a dwarf in ‘Snow White and the Seven Dwarfs’. The names of the seven dwarfs are Sleepy, Doc, Dopey, Grumpy, Bashful, Happy, and Sneezy.

10. When did Ariel meet Prince Eric?

Sweet, adorable, charming and fun-loving, Ariel in the Little Mermaid met Prince Ariel at a birthday celebration held on a ship.

The answer is Simba. Simba the central character from ‘The Lion King’ is mentored and guided by Rafiki, the baboon. Simba leaves home after his father’s death only to be convinced by his childhood friend to return and seek revenge.

12. Which Disney character is not a princess?

Mulan is the only Disney Princess who does not have the title of the Princess till date. Even then, Mulan has risen in popularity to the ranks of a princess.

13. Which Disney character is inspired by a real character?

Pocahontas is a princess who depicts the courage and emotions of the real world.

Nemo and Marlin are the sole survivors of a tragedy. Nemo is supposed to have a lucky fin but in reality, it is broken, eaten by the barracuda that killed his mother.

15. What does the crocodile swallow in “Peter Pan”?

16. In which city is the Disney movie Ratatouille based?

17. What is the name of Donald Duck’s sister?

Donald has a twin sister Della Duck, who has blonde hair. She is the mother of Huey, Dewey, and Louie.

18. Who is the youngest Disney Princess?

Although all the Disney Princesses look young, Snow White is the youngest of them all. She is shown only 14-year-old in the story.

19. What are the names of Cinderella’s step-sisters?

Anastasia and Drizella are the step sisters of Cinderella.

20. What is the colour of Mickey Mouse’s short?

Shere Khan, the tiger wants to kill and eat Mowgli in ‘The Jungle Book’.

23. In the movie Frozen, which song does Elsa sing as she builds the castle?

From fairies and princesses to pets and animals, Disney has created some amazing movies and characters that are etched in our minds and hearts. We hope you had fun going through this Disney trivia. Use this quiz at your child’s birthday party and you will have entertained all the little guests!

Do You Spoon-feed Your Baby? This Study Has Very Important Advice for All Moms

What To Expect At Week 14

What To Expect At Week 11