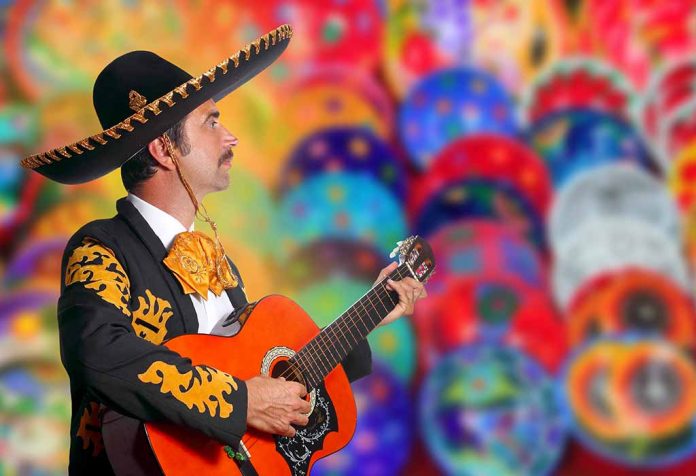 Surnames are kind of a stamp that identifies where we come from. Our history and culture speak through our last names. Mexican family names follow a tradition where the first name is the father’s last name, and the surname is mother’s last name. Some of the most common Mexican surnames are of Spanish origin, as Mexico is one of the most populous countries that speak Spanish.

Typical Mexican last names are impressive and majestic. Along with their family names, they are also taken from places, occupations, or just descriptive surnames. Take a look at some of the most popular last names in Mexico to get a whiff of their history and tradition. Mexican surnames or last names are many, and this list will help you choose the right surname for your little bundle of joy. The list also gives you the meaning of the surname so that you select an apt one for you.

It comes from an Aramaic word that means “father”. It denotes the son of a priest.

It is a name of Spanish origin, and it depicts desert dunes.

It is a habitational surname that originated in Castile, a Christian kingdom that belongs to medieval Spain. It can also be traced to the Latin word Aguilera, which means “haunt of eagles”.

This name has a Basque origin; it denotes an exposed prominent place.

It probably has an Arabic origin and means “the lighthouse”. It is also a name with geographical roots in the city of Alfaro in Spain.

A name of Basque origin, it means “hillside pasture”. It also has a toponymic connotation to the city of Aira in Spain.

It denotes people who lived by fences. Its literal meaning is “barrier”. Apart from Spanish, it also has Portuguese and Italian roots.

The meaning of this Spanish surname is “heifer”. The famous Spanish painter and sculptor Gasper Becerra donned this surname.

When translated to English, this name means “beautiful mountains”. It is also a name that denotes one of the numerous places in Spain, Italy, or Portugal.

There is a Spanish town named Borja in Aragon. This name comes from there. It also has an Arabic origin and means “tower” (Burj).

This means “courageous”. Few other meanings of this name are “wild” or “rough”. It has Spanish and Portuguese origins.

It comes from a Latin word which means “oxen pasture”. It is also names of towns in Italy and Spain.

It is an occupational name. The origin of this name lies in the Latin word “campana” which means “bell”. In the Italian region, Campania bells were produced, and this surname was borne by people who were bell-ringers or bell-makers.

It has Italian, Portuguese, and Spanish origin. It means “thorny”.

This Spanish name means “cheek”. Maybe people who had unique cheeks were given this name.

This name means “a castle” or “a fortress”. It has originated from many places like Spain, Portugal, Italy, Jewish, and Galicia. It is a topographic name.

It seems to have come from old Spanish words which either means “a servant” or “stag”.

The name denotes “someone who made keys for a living”.

This means “swan”. It is also a place in the province of Palencia.

This Spanish surname also has Brazilian and Portuguese origins. It means “of Jesus”.

This name means “of the fountain”.

This majestic surname means “of the lion”. It originated in the city of Leon, which was a Jewish city since the 10th century.

This is a topographical surname denoting someone who lived by the woods. It also means “of the forest”.

This name means “days” in Latin. It is supposed to have Jewish origins.

This name has patronymic connotation and means “son of Enrique”. It is a common surname in Ecuador, Mexico, and the Philippines.

This name means “scale”, and it has Castilian origins.

Escobar means “broom” in Spanish. It could also be a geographical name for various cities like Escobar de Campos or Escobar de Polendos.

It is a topographic name and comes from a town located in the Salazar valley, Espartza.

It means “thorn” or “prickle”, and it denotes people who live near a bush.

This means “thorny” in Spanish.

It has Spanish, German, English, and Portuguese origin, and it means “lucky”.

The name means “the son of Fernando”. It is derived from a German word that means a brave traveller.

Small towns in Galicia and Spain have this name. It means “fig tree”.

It comes from Latin flos, which means “flower”.

This name is derived from the word frank and refers to a tribe in Germany called Franks.

It has a Gaelic heritage, and it means “foreign help”.

It is a habitational and noble surname. This was the name of towns and villages in Spain.

A name of Spanish origin, it means “joyous” or “cheerful”.

This is a regional name and refers to someone from Galicia.

It is a patronymic name meaning “son of Hernan”.

It comes from Latin Ferraria. It denotes an iron mine.

It has Spanish origin, and means “to rest” or “to enjoy”.

This means “son of Iban” in Spanish. It has Greek origins.

It is a Basque surname, which means “valley”.

It has Spanish, Greek, and Latin origins, and means “churches”.

It has Spanish, Etruscan, and Latin origin. It means “fire” or “born from the fire”.

It has come from Spain and means “son of Inigo”.

This means “hyacinth” in Portuguese and Spanish.

It is a patronymic name in Spain which means “son of Jimeno”.

It has Spanish and Portuguese roots and means “slender” or “thin”.

It is a regional name and denotes people from Lara de Los infants in the Burgos province.

In Spanish, it means “lion”. It is also a toponymic name depicting people from the city of Leon.

The name means “wolf”. It has Spanish and Portuguese origins.

Loyola is the name of a place near the town of Azpeitia. In Basque, it means “mud”.

This means “vibrant” or “good looking”.

It is an occupational name in Spain for someone who makes hatchets.

It used to be a nickname in Spain which means “ill given”.

This is a descriptive name, and it means “Marco, the blonde”.

It means “son of Marcus” in Spanish.

It is derived from the name Martin, and it means “son of Martin”.

It is derived from the Arabic word Medinah, which means “city”.

A patronymic name which means “son of Mendo”.

This is a Basque surname which means “hills and valleys”.

It is a geographical name for people from the Navarre city in Spain. In Basque, it means “brown”.

It has Basque origin and means “the wolf”.

It seems to have come from a Latin word meaning “brave”. It also means “son of Orti” in Spanish.

It means “wolf hunter”, and has Spanish or Basque origin.

This name is a habitational name for people coming from the Palencia, a city in northern Spain.

It comes from the Latin word Palumbes, which means “a dove” or “pigeon”.

This denotes people from the town of Pantoja in Spain.

It means “Vine” in Spanish.

The name has Spanish origin, and it means “son of Pedro”.

This name means “a yard” or “a farmstead” in Spanish.

It has Spanish origin and means “humble”.

It has Latin and Spanish origins, and it means either “branch” or denotes someone who lives in a thickly wooded area.

This has a French origin and means “curved” and “ring”.

The name has a Latin origin, and it means “royalty” or “king”.

It comes from the Spanish word Rio, which means “river”.

In Latin, this name means “banks of a river”.

This is a common Mexican surname which means “son of Rodrigo”.

It comes from a Spanish word that means “pilgrim to Rome”.

This name has Spanish origin, and it means “rose”.

The surname means “old hall”, and it has a Basque origin.

This is an occupational name in Spain for people who are salt workers.

This is a patronymic name meaning “son of Sancho”.

It either means “son of Tello” or “earth” in Spanish.

It depicts someone from Trujillo in Spain.

It is a common patronymic name meaning “son of Baldo”. In German, it means “brave”.

This is a toponymical name for people from Valencia. It is a feminine form of the word valour, which means “courage”.

Vargas is a town in the Santander province in Spain. The name denotes people from that place. Varga also means a steep slope.

The name means “son of Vasco”. It comes from the Latin word “Velascus”.

In Spanish, the name means “a meadow”. It has a Basque origin.

This is the name of a village near Almeria in Spain. It might have come from the Latin word abora, which means “border”.

The name refers to people who live near the opening of a forest.

It denotes people coming from Biscay. In Basque, it means “wide”.

This is the name of a place in Navarre province. In Basque, the word zuin means “cultivated land”.

Mexican last names were heavily influenced by their rich history and ancient civilisations like Mayans and Olmecs. They have a touch of the indigenous population and Spanish colonisers. A typical Mexican last name can be cool when you chose the right one. We hope you found this list of popular Mexican names interesting and informative.

5 Symptoms That Prove You’re Burning Out as a Mom

Little Millet Pulao With Chicken- a Healthy Replacement of Rice