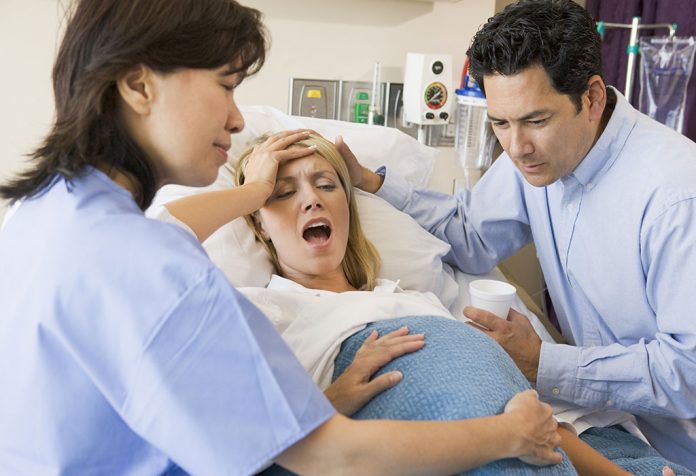 Labour and childbirth are the most challenging and painful phases of pregnancy. Most mothers-to-be dread facing it and hope it gets over quickly. When labour starts, there is usually a gap between each stage of labour, but when it comes to women going through precipitate labour, everything happens very quickly. Though in some cases it comes as a blessed relief, in others it can be a bit more complicated than that. Read this article to know everything about precipitate labour.

What Is Precipitate Labour?

Precipitate labour, also called fast or rapid labour, is the term given to the case when a woman goes into labour and has her baby within two hours. Only around two in a hundred women will end up experiencing precipitate labour.

In some cases, women do not even know they are in labour as there is no pain, and remain oblivious until they find themselves in the second stage of labour, which is when the baby’s head begins to descend. That’s when the women feel the urge to start pushing. The contraction, in this case, happens so painlessly that it is not detected by the mother at all.

In other cases, women could experience intense cramps right from the start, as opposed to experiencing contractions, which are mild at the first stage and build up in intensity as labour progresses.

Labour can be uncertain and can be triggered by several causes. Let’s take a look at the causes of precipitate labour.

Certain factors can work together to make it possible for you to go into precipitous labour. Individually, these factors do not necessarily mean that precipitate labour will occur, but they put you at a higher risk for it.

Expectant mothers should have enough knowledge about precipitate labour to be able to identify it if they happen to experience it. Read on to know the signs of rapid labour. Fast labour requires immediate medical attention. One might think precipitate labour would relieve the mother-to-be in a couple of hours; however, rapid contractions and labour could lead to other complications too, which we shall talk about now.

Risks and Complications of Precipitate Labour

Any birthing plan that you made can be thrown out of the window since you will most likely not be able to recover enough to implement them when you are experiencing precipitate labour. It is especially risky because there is not enough time to get to the hospital to deliver the baby in a sterile environment. Here are some more risks precipitate labour can pose for the mother and the child:

Expectant mothers should also know how to cope with rapid labour in case they happen to experience one.

How to Cope With Precipitate Labour

Nobody can really do anything to control the speed at which your baby is born if you have precipitate labour, but there are ways to manage it. Precipitate labour management include:

Here are some frequently asked questions related to precipitate labour:

1. Does Rapid Labour Have Any Emotional Effect on the Mother?

Precipitate labour can cause emotional changes in the mother because of stress or shock. It can be hard to manage as the mother often feels things are out of control with no or less gap between labour pains.

2. If You Have Had Precipitate Labour Before, What are the Odds of Having It Again?

If you have had precipitate labour before, the chances of it happening again are higher. But, there have been cases wherein expectant mothers who have experienced rapid labour before have had normal labour, too. The course the labour would take as it progresses is different in each woman’s case.

No, it is more likely that labour induction causes precipitous labour rather than prevent it, as is true when using something like prostaglandin. Your doctor is very unlikely to suggest that you induce labour as it can also increase the risk.

4. How Should I Plan for Another Fast Labour?

If you have previously had precipitate labour, then your doctor is more likely to suggest that you give birth in a labour ward. This will prevent your baby from being born in an unwanted place, such as at home or in the car. It will also reduce the likelihood of any infections being contracted due to unsanitary situations. If you still feel unsure as to whether or not you will be able to get to the hospital on time, you can always have a midwife or ambulance sent over to the house. If you feel like you may be out and require time to reach the hospital, it is best to pack absorbent mats, towels, extra clothing, blanket, plastic bags, maternity pads etc., which can be used in case you go into labour before you reach the hospital. As much as possible, try to have a medical expert with you when you go into labour, and get someone to take you to the hospital immediately after childbirth.

Not all women end up with the average labour that takes some time to build up; therefore, labour can be quite unpredictable. Being prepared for any given situation is the best way to get through if you face it.

Everything You Need to Know About Busy Books for Toddlers

Ways to Engage With Your Child at Home

When and How Should You Start Toilet Training Your Little One?