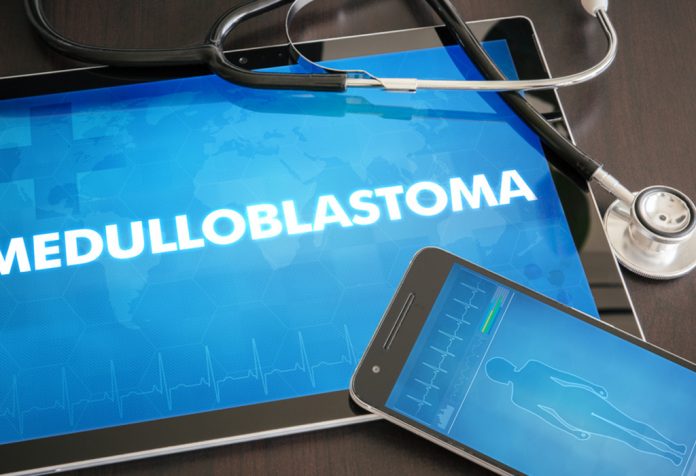 Cancer in children is an unfortunate but harsh reality that some parents must deal with. Though cancer may sound like a death knell for some people, there have been rapid advances in medicine that offer hope. This is because people with cancers that were fatal a decade ago have a high survival rate when the cancer is detected early. This article is going to focus on paediatric medulloblastoma, which is a type of brain cancer in children.

Medulloblastoma is a cancerous brain tumour that can begin while the child is still a foetus. It affects the bottom region of the brain that specialises in motor/cognitive functions and often spreads down to the spinal cord. If the tumour disseminates without being checked, it can lead to death. Fortunately, there have been many advances in medicine, mainly on the surgical front, and has helped to raise the survival rate to 70-80% (early treatment).

How Common Is Medulloblastoma in Children?

Medulloblastoma is relatively rare when compared to the other illnesses suffered by children. This can be gauged by the fact that there are many types of brain tumours that afflict children at a rate of about 2.5-4 per lakh children. Out of these brain tumour cases, 18% of the cases are attributed to medulloblastoma. 60% of medulloblastoma cases end up as clinical trials due to the vast potential in finding new treatment options that can manage a cancerous tumour.

The tumour is categorised into stages to help assess what treatment option is suitable for the child.

These are tumours that are still in their nascent stages and have not spread to other parts of the brain or spinal cord. In most cases, these tumours can be removed completely or to the extent that only more than half an inch remains.

These tumours have normally spread to other parts of the brain and spine. Tumours that are more than 1.5 cm even after surgery are also put in this group.

This tumour is the one that reappears despite treatment. Just like other cancers, this is possible for medulloblastoma as well. While your child’s successful treatment is a source of joy, it is good to have follow-ups to see if a tumour has grown again. Early detection means that a recurrent tumour can be successfully nipped in the bud.

Signs and Symptoms of Medulloblastoma

Medulloblastoma mainly affects the cerebellum and so results in a deterioration of those functions handled by it. Here are some symptoms of medulloblastoma:

Once the medulloblastoma spreads, the symptoms can change, and more problems can crop up, such as: If your child displays any of the above symptoms, please head to a reputed hospital as a clinic would be ill-prepared to handle such a case. The doctor who is referred is a paediatric oncologist who specialises in these matters. The following tests are done to understand what type of tumour your child is dealing with and the appropriate treatment required.

This constitutes a physical examination where the doctor will assess the motor function of your child. A review will also be done on your child’s family history to investigate the extent of the disease.

Using radio waves and magnetic fields, the doctors can map out the brain in high resolution without subjecting the brain to ionizing radiation.

This is when a small sample of the tumour tissue is extracted from the body to be examined by a pathologist. This can be done mainly through surgery.

In this procedure, your child would be given an anaesthetic, after which an injection is inserted into the spinal canal to collect the fluid. This spinal fluid is analysed and checked for tumour markers and cancer cells.

Factors Associated With a Higher Risk of Medulloblastoma

While the exact cause of medulloblastoma has not been discovered as of now, doctors have been able to identify some groups that have a higher risk of getting medulloblastoma. These include:

Boys have a slightly higher chance of developing a malignant (cancerous) tumour with a ratio of 1.8:1 when compared to girls.

80% of all cases of medulloblastoma occur in children who are yet to complete 15 years of age. Out of this, about 50% of the cases took place in children who were less than six years old.

Though most medical studies have confirmed that there is no genetic connection, some people who have Gorlin’s syndrome or Turcot syndrome may develop medulloblastoma.

Below are some of the treatment options available. All of these have risks and side effects, so please discuss them with your oncologists in detail so that you can make an informed decision.

This procedure involves removing a part of the skull (craniotomy) to get to the tumour. There has been a quantum leap in the surgical equipment used, such as cortical mapping, which helps surgeons steer clear of the sensitive regions of the brain.

This employs the use of radiation to kill cancerous cells. One of the major drawbacks of this procedure is that it cannot differentiate between cancer cells and healthy cells, killing all in its path. Proton therapy is a popular therapy that is used for treating medulloblastoma as its precise delivery of radiation causes minimal damage to the surrounding tissue.

It consists of the use of drugs or medicines to kill the tumour cells. It is used as a second line of attack to kill any remaining cancer cells after surgery. Many use this form of treatment in addition to radiotherapy. It is administered through IV or a pill form.

This form of therapy involves the removal of stem cells from the child’s body prior to chemotherapy/radiotherapy and its subsequent reintroduction. This method becomes handy when children need to go through rigorous amounts of radiation or chemotherapy. High doses of radiation are known to destroy the stem cells; therefore, the absence of stem cells during therapy will prevent its destruction and can then be safely infused into the child’s body.

This type of cancer treatment works on the principle of using your child’s antibodies to destroy the cancer cells. It is relatively safe and has fewer side effects when compared to traditional cancer killers like radiation and chemotherapy. However, much of this is still in the clinical trial phase and will take some time before it is available for everyone.

Side Effects of Treatment

Aggressive chemotherapy treatments, such as the Milan protocol, are known to cause paralysis in children from the neck down. While minimising the tumour, the treatment can also cause the nerve cells in the brain and spine to die.

Radiotherapy leaves many patients with dark, dry and itchy skin once treatment begins. This will linger until a few weeks after treatment. These remedies can help provide some relief:

Radiotherapy and chemotherapy have many short-term side effects such as hair loss, dry mouth, fatigue and tiredness. Your child will quickly recover from these once the aforementioned therapies are completed.

Cancer survivors from radiation and chemotherapy may have long term neurological damage. This could affect their memory, cognitive ability and problems with growth.

Taking Care of a Child With Medulloblastoma

While treatment goes on, your child would go through the side effects that can be painful and traumatising. Most cancer centres come equipped with physiotherapists, dieticians, and counsellors who can help improve the quality of life of your child. Relaxation techniques, proper nutrition, and emotional support can ensure a satisfactory recovery.

If the tumour has progressed too far with little chance of recovery, it is important to have an open conversation with the doctors involved. Many of them have been trained to deal with these situations and would provide valuable counsel during this time. Keeping your child out of pain should be the primary objective, along with ensuring that their lives continue to be as normal as possible. This means arranging for part-time school if possible and being allowed to be socially active.

Early diagnosis of the disease can often lead to a good prognosis. As a parent, it is important that you guide your child through this difficult time. Apart from the treatment itself, palliative care can significantly strengthen not just your child but your entire family.

10 Must-have Herbs to Grow at Home