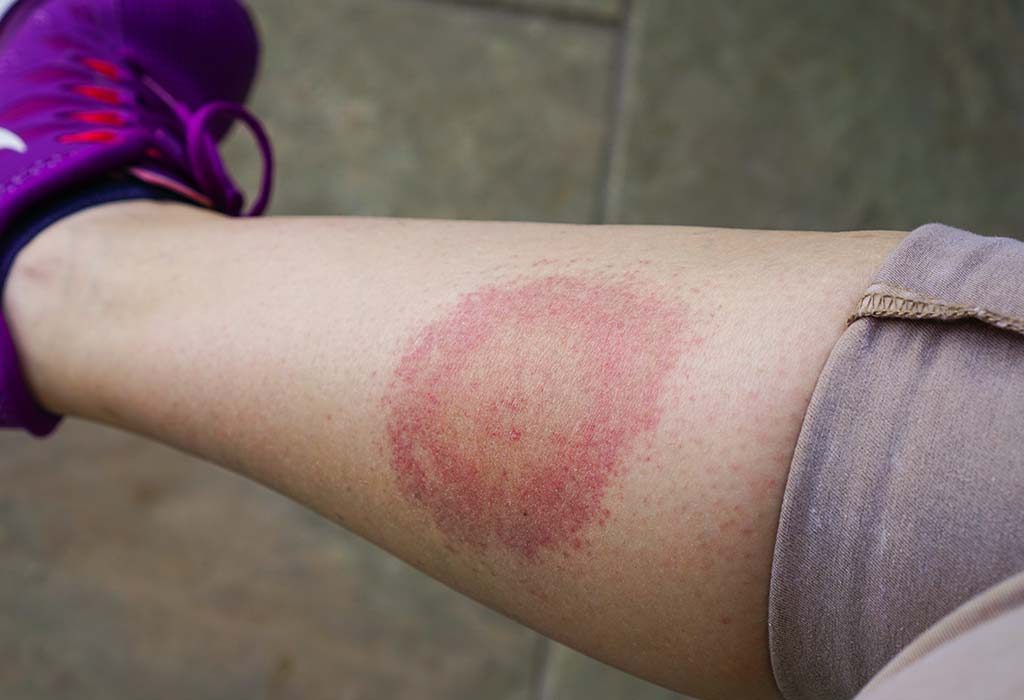 The bites from black-legged or deer ticks are known to lead to Lyme disease. These are not visible to the naked eye, and immature ticks are often the size of poppy seeds. Adult ticks look like the size of sesame seeds.

What Is Lyme Disease and How Common Is It?

Lyme disease is very common in the United States, being one of the leading tick diseases there. It’s an infectious illness caused by black-legged or deer ticks. Typically, people who are bitten by these ticks don’t feel the bite and have no memory of it. The infection gets passed on when the tick sits on you for 24 to 48 hours and bites. Those who live in woody areas are more prone to tick bites, and thus, this disease.

Lyme disease in toddlers, infants, and adults are caused by various factors. Here are the common ones below:

The strains of the bacteria Borrelia Burgodorferi are known to lead to Lyme disease in humans. These are transmitted through tick bites and are spread by nymphs.

The development of a tick happens in three stages – larval, nymph, and adult. When a tick is in its nymph or larval stages, it feeds off the bacteria from livestock and birds. It then transfers these bacteria to humans during upcoming feeding cycles. Small animals can transmit the bacteria responsible for causing Lyme disease on to the ticks and some examples include the grey squirrel in California and Western Fence Lizards.

The Ixodes Pacificus or the Western Blacklegged Tick is found in woody areas and is known very well for spreading Lyme Disease. 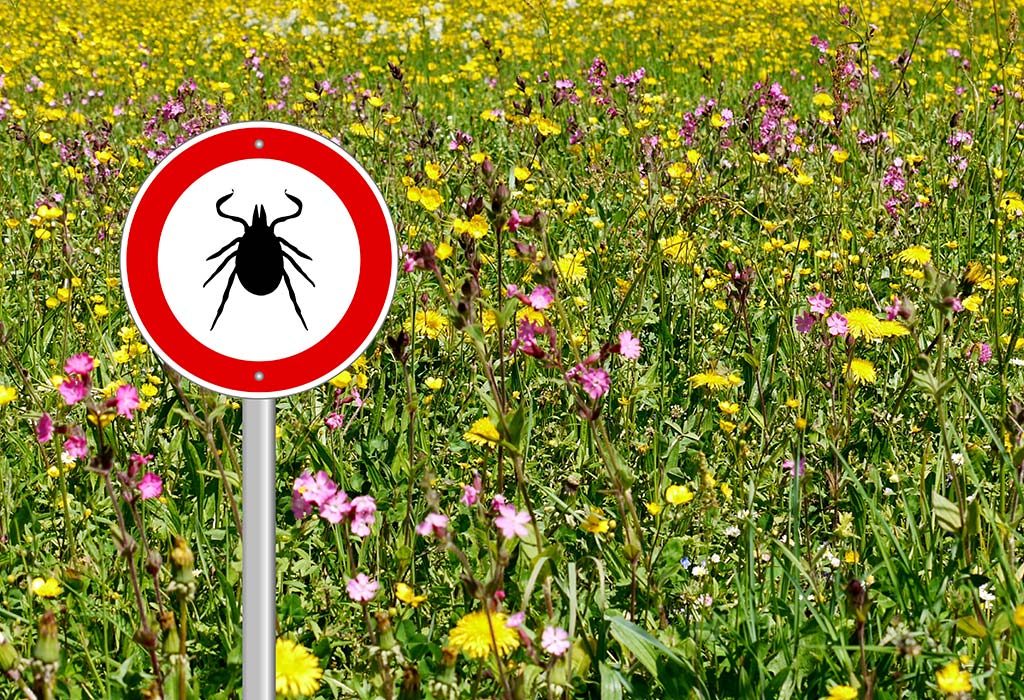 These are cork-screw-like bacteria that are known to spread Lyme disease in Europe and Asia. These transmit spirochaete infections.

Any ticks located in regions like parks, grassy areas, and woody regions are famous for causing Lyme disease. They secrete an anaesthetic by sitting on you, causing you not to feel any pain during bites.

If the eggs of a tick hatch onto the fur of your pet or the bacteria infects other animals, you may acquire Lyme disease from them as they become disease carriers essentially.

Lyme disease symptoms are tricky because they are often misinterpreted for something else. Signs such as behavioural changes, lack of appetite, or decreasing attention span are sometimes thought of by parents as a temporary phase, when in reality, it’s Lyme disease behind them. In general, the disease goes through three stages and these have their characteristic symptoms which are listed below.

Stage 1 is the early localized stage. Its symptoms are

Stage 2 is the early disseminated stage and occurs many weeks after the day of the tick bite. It is characterized by symptoms which are flu-like such as:

Stage 3 is known as the late disseminated stage and occurs months and years after the tick bite. Symptoms of this stage are:

Also, make sure to watch out other symptoms of Lyme disease in babies and kids by taking note of behavioural changes, poor cognition, sensitivity to light, and night sweats. Achy, stiff and swollen joints are another symptom which makes parents often mistake Lyme disease for arthritis and other conditions, so beware of that. 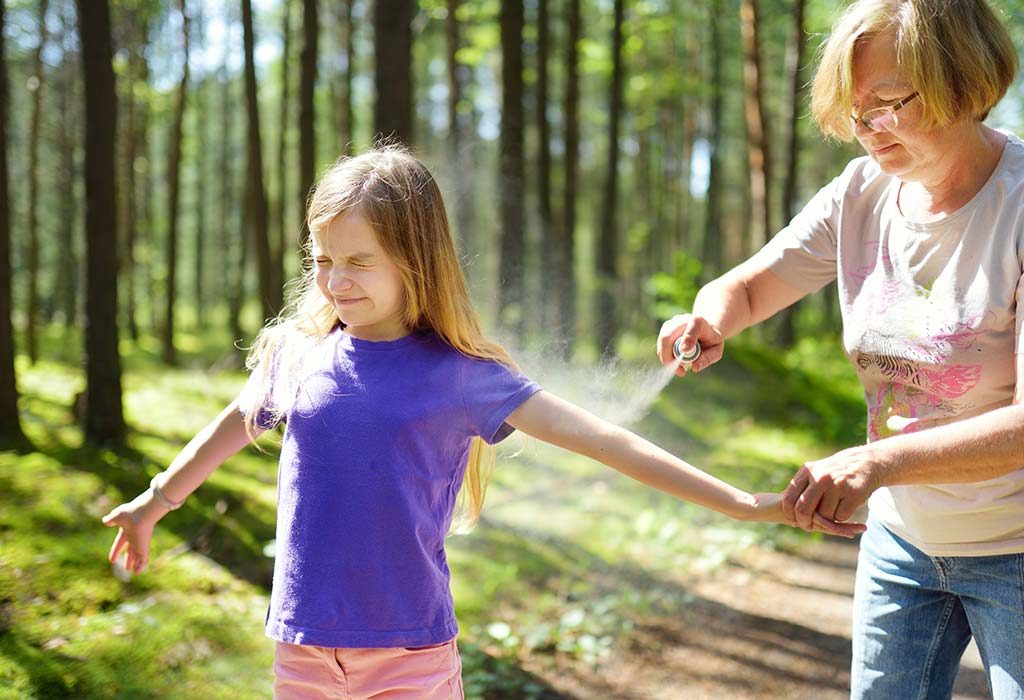 There two ways Lyme disease in infants and children are diagnosed which are listed below.

How Lyme Disease Is Treated in Children?

Lyme disease in toddlers treatment is done usually with a course of antibiotics. However, treatment will depend on the following factors:

Here are some different ways to prevent Lyme disease and safeguard your kids from it.

Don’t let your child wear sleeves or short trousers and shirts. Wear full-sleeved and long clothing when going out to woody areas.

Use children’s insect repellents which are known to have 10 to 30%  DEET.

When your child comes back home from outdoors, tell her to shower immediately and not delay.

4.Do Not Visit Tick-prone Areas

This is a no-brainer, but don’t let your child play in areas crawling with ticks.

5.Tuck the Hair Into a Cap

This is to protect the scalp and prevent ticks from crawling up your child’s hair. Ticks can’t jump from above though.

This also includes non-humans like pets and other animals.

7. Get a Medical Diagnosis

If you notice any behavioural, emotional, or physical changes without any rashes developing, get a blood test or medical diagnosis done for early care and prevention. 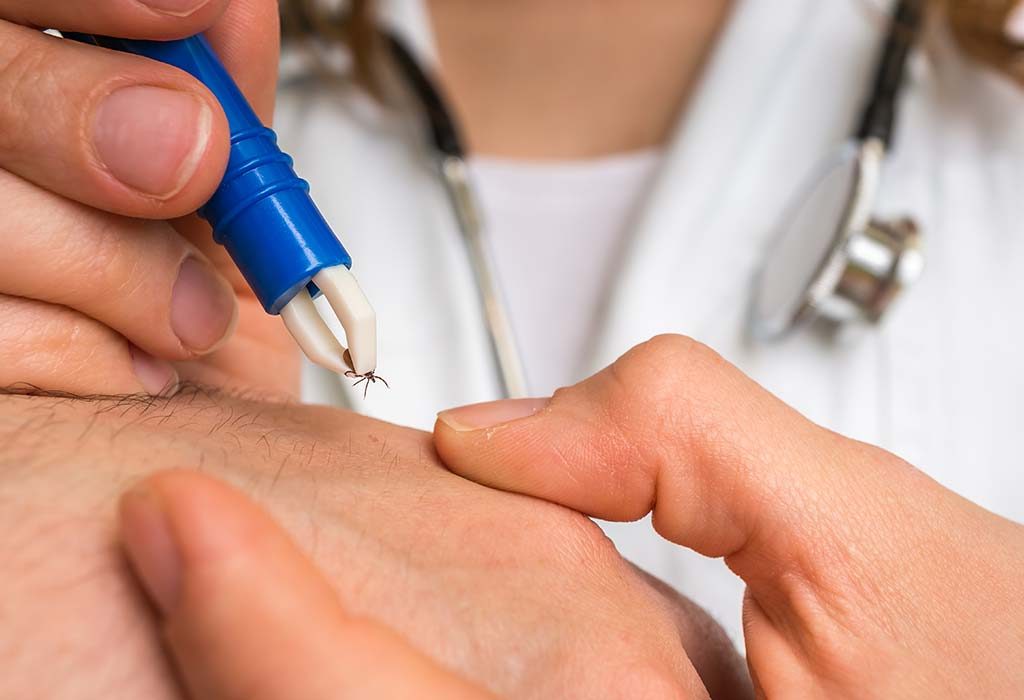 How to Remove Tick From Your Child’s Body?

Here’s how you remove the tick from your child’s body.

When to Visit the Doctor?

You should take your child to the doctor or call one in if you notice any flu-like symptoms, facial paralysis or swollen joints alongside any of the symptoms listed above.

Here’s a key question we’ve answered about Lyme disease that strikes the minds of many readers.

No, Lyme disease is not contagious and cannot be transmitted from person to person through oral or sexual contact or blood transfusions.

Lyme disease can become dangerous if the symptoms become long-lasting, which is why it’s imperative that you spot and get them treated early. We hope the information above helped but always consult a medical professional just to be sure.

Previous article « Birthday Party Ideas for Your 5-Year-Old Kid
Next article Fearful Mom to Happiest Mom, My Journey Towards Happiness »