Is Applying Nail Polish on Babies and Toddlers Safe?
Is It Safe to Paint Babies or Toddlers Fingernails with Nail Polish?

Is Applying Nail Polish on Babies and Toddlers Safe?

Is Applying Nail Polish on Babies and Toddlers Safe? 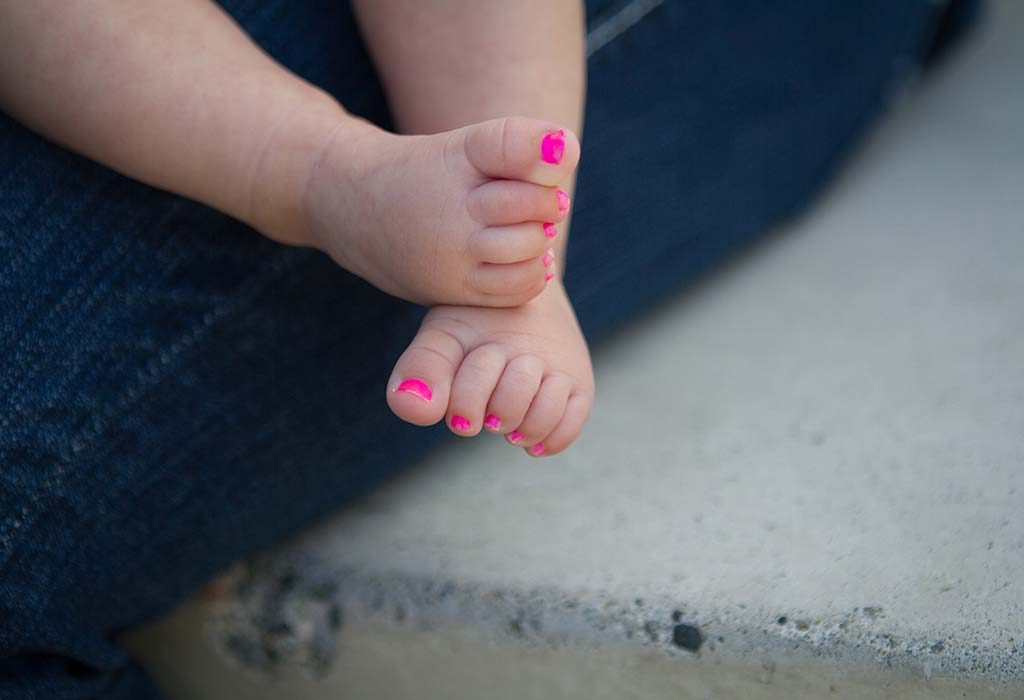 Painting your babies or toddlers fingernails and toenails may seem like a fun activity. Bright nail polish would look cute on their fingernails or toenails. But before you paint your child’s nails, don’t you think you should find out if it’s absolutely safe? Read on to know whether painting your baby’s nails is harmless or not!

Can You Paint Your Baby’s Fingernails With Nail Polish?

While many nail polish brands use safe ingredients, being a mother, you will obviously wonder if they are safe to use on babies’ nails. The answer is both yes and no, based on what the nail polish contains. The presence of chemicals present in the nail polish can harm babies is a major concern among parents. Although there are no studies that indicate a link between nail polish and health issues such as respiratory disease or cancer, babies often put their fingers or toes in their mouths. Since it is uncertain how this type of exposure can harm a baby, it’s best to refrain from using nail polishes on him. However, there are some manufacturers who make water-based nail polishes free from harmful chemicals. Those can be tried occasionally for painting your baby’s nails.

Nail Polish Chemicals That Might Be Toxic for Your Baby

Nail polish makers have banned three common ingredients that were once common. Here are the three chemicals and two others that you need to look out for:

Toluene is a commonly used solvent in paint thinners, cleaning solutions, household products, and some fragrances. It is used in some nail polish brands as a solvent and stabiliser. It is known to irritate the skin, and inhaling toluene vapours is dangerous to the respiratory and nervous system. Low levels of exposure to toluene induce symptoms such as dizziness and headaches. It is also known to be harmful to unborn children and has been associated with congenital disabilities. 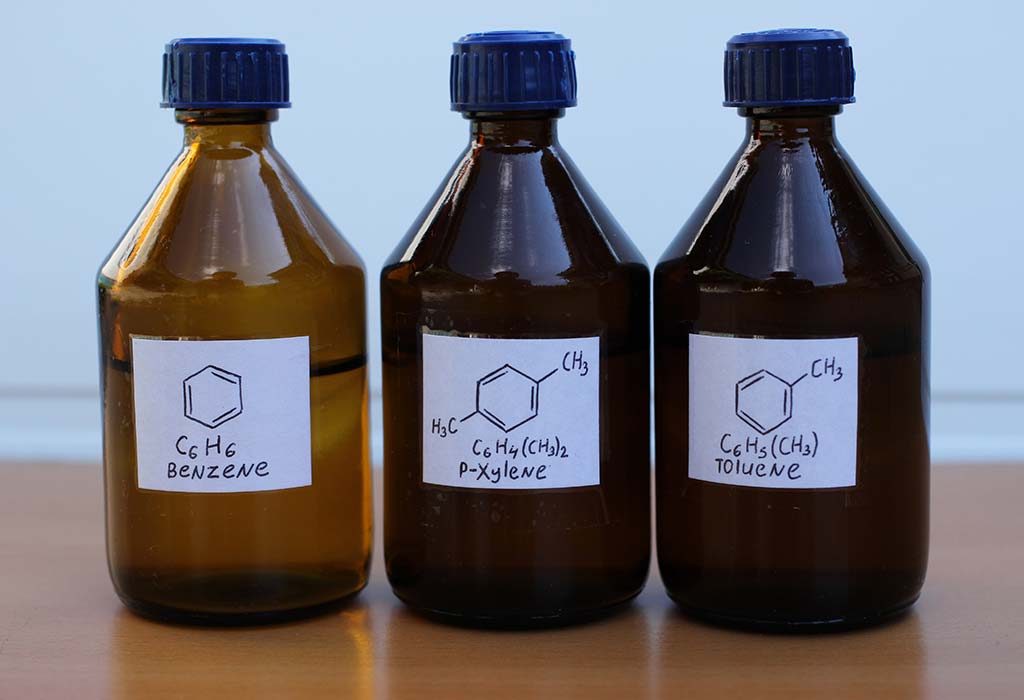 DBP is a clear, almost odourless liquid added to nail polish as an emulsifying agent. It ensures the nail polish has a smooth consistency and doesn’t clump and turn brittle. It is called a reproductive toxin as it is known to cause congenital disabilities in babies. DBP is banned in Europe and other parts of the world as it is known to increases the risk of certain types of cancer. It is also banned in children’s toys. However, some cheap cosmetic brands might still use this substance.

Formaldehyde is used as a preservative and in many industrial applications. In nail polish, it is used as a hardening agent that helps in the drying process without flaking. Formaldehyde is a known human carcinogen; long-term use increases the risk of cancer. It is known to irritate the eyes and the respiratory tract when inhaled. Your baby would inhale formaldehyde the entire time you apply the nail polish and afterwards as it dries. 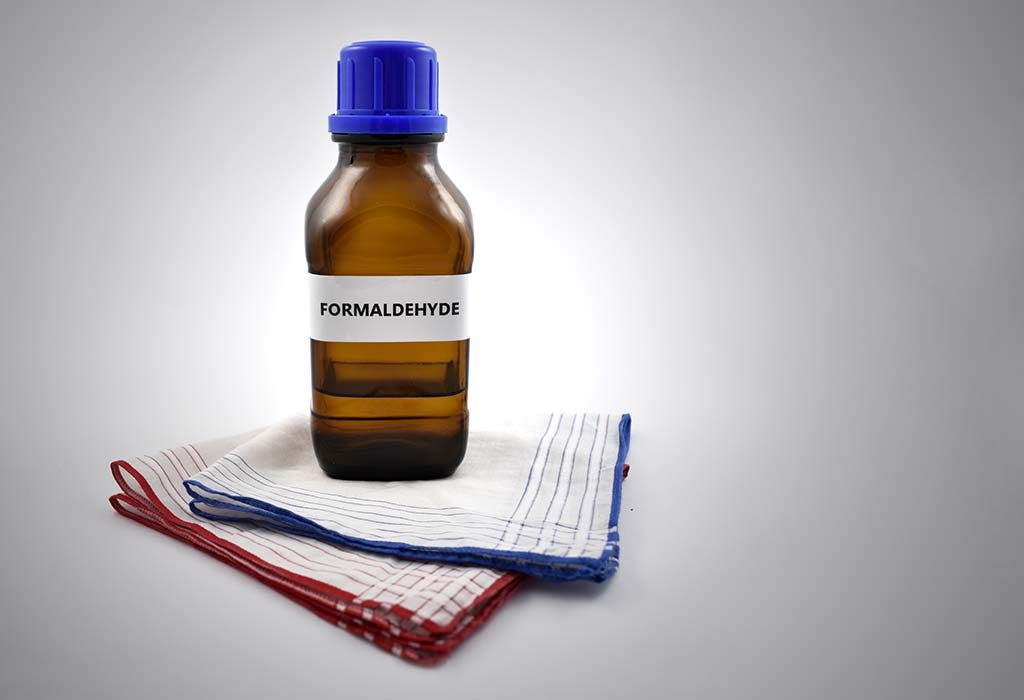 Formaldehyde resin is used as a drying and hardening agent in nail polish. This substance is just as dangerous as formaldehyde and is known to cause cancer.

Camphor is a chemical used to help maintain the nail polish and prevent it from chipping. The first indications of camphor’s effects on its body are yellowing of the nails. With higher levels of exposure, it can affect the nervous system and cause disorientation and seizures. 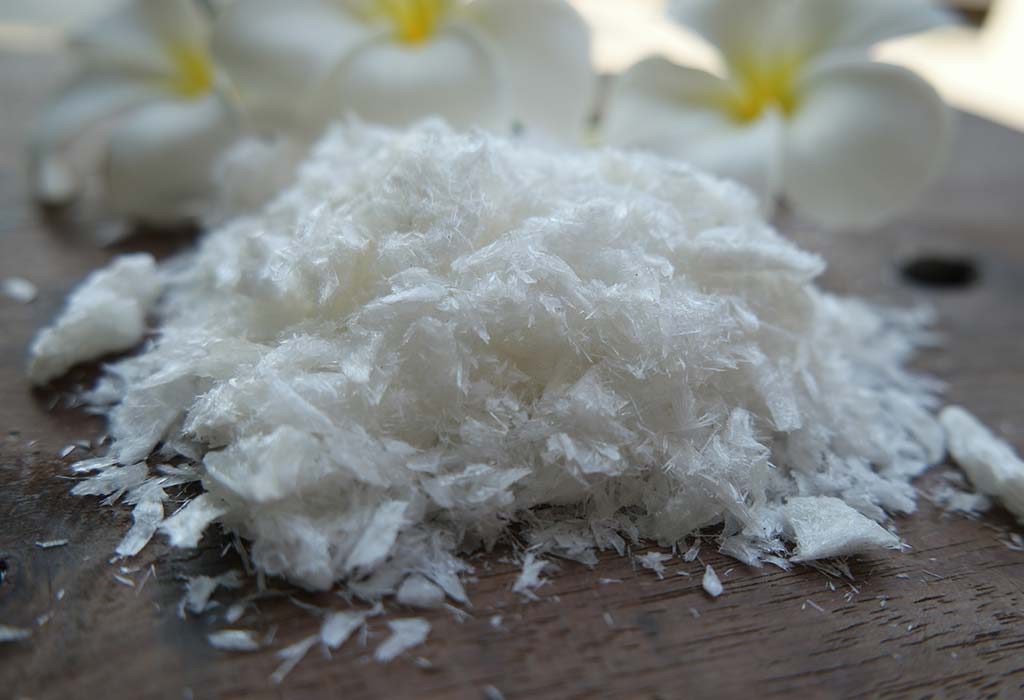 Do’s and Don’ts While Painting Your Baby’s Nails

If you decide to paint your baby’s nails anyway, here are some things to keep in mind: 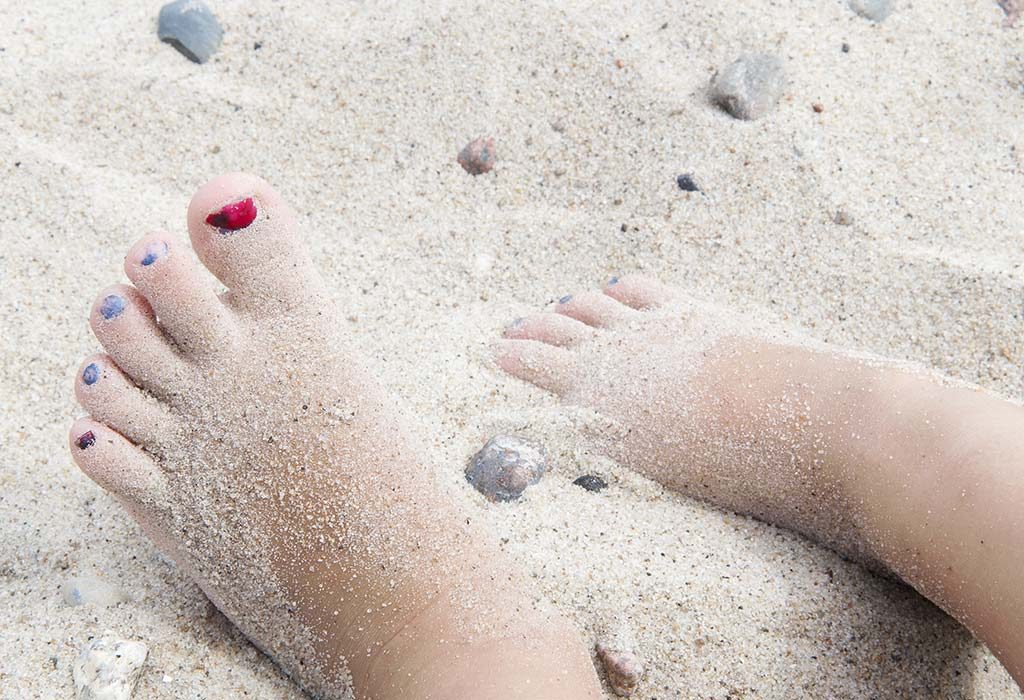 Also Read: Is It Safe to Use Nasal Sprays for Babies and Kids?

Previous article « Benefits of Prenatal and Postnatal Exercises
Next article Is Santa Claus Real? Explaining Kids About Santa Without Killing the Magic »