Hives and Breastfeeding - Can You Pass on the Allergy to Your Baby?

Hives and Breastfeeding – Can You Pass on the Allergy to Your Baby?

Hives and Breastfeeding – Can You Pass on the Allergy to Your Baby? 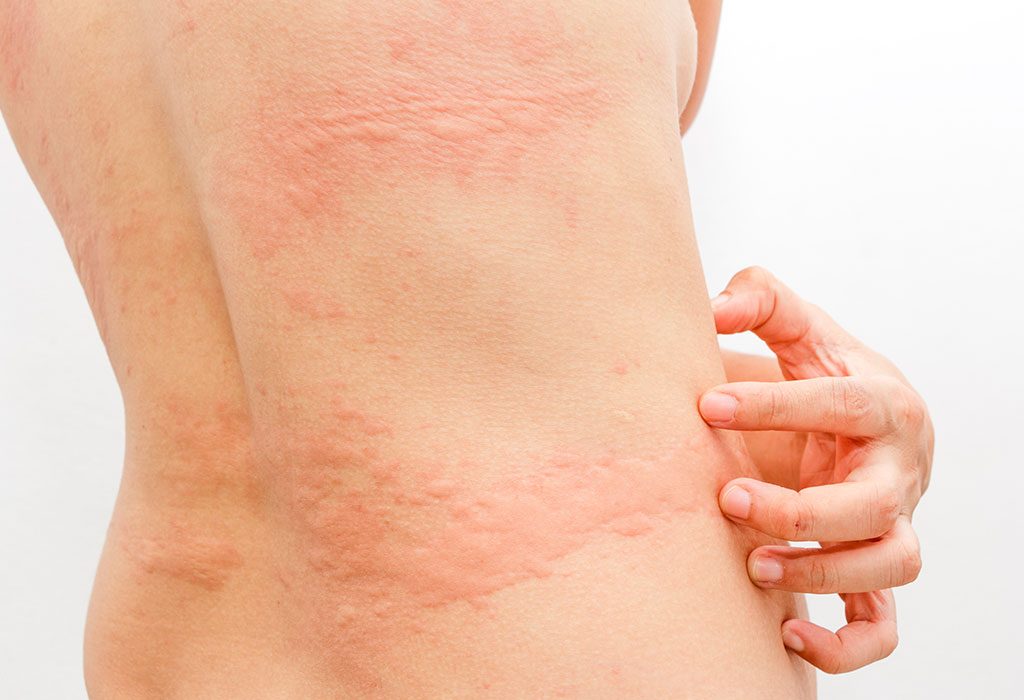 A baby gets a majority of nutrients through breast milk. Along with nutrients, breast milk can contain any substances the mother ingests, or even infections and bacteria that a mother may have, which then gets passed on to the child. Many breastfeeding moms who are suffering from Hives may wonder if the allergy gets passed on to the child. Let’s find out.

Hives (Urticarial/ Nettle Rash) is an allergic reaction to one or more triggers around you. It is identified by itchy welts on the skin. These welts are raised and white or pinkish in nature. Hives may occur anywhere on the body.

What are the Causes of Hives?

Hives are caused by the release of ‘histamine’ (a compound released by the tissue in response to the allergy ) in the skin. A wide variety of reasons could trigger this release, which include:

What are the Symptoms of Hives?

Hives usually has the following signs and symptoms.

Should You Breastfeed if You Have Hives

Hives are not contagious, except for those which are viral, and cannot be transmitted from mother to child. Breastfeeding can be continued without any worry of it affecting your baby.

How to Treat Hives While Breastfeeding

Getting rid of hives while breastfeeding is tricky, as anything consumed by the mother will be transmitted to the baby through breast milk. One way to treat hives is with the help of antihistamine drugs. One point to note is that taking medication for hives can be avoided while breastfeeding, as it may mix with the breast milk. As an alternative, some doctors suggest that the consumption of the medication right after a feed will reduce the chances of it accumulating in the breast milk.

Home Remedies You Can Try to Treat Hives

If you have been unfortunate to have hives at the time of breastfeeding, and are apprehensive about using a drug. These are some of the other remedies and ‘pain control’ you could try.

This is the best instant remedy for the itch. As long as the hives are not triggered by cold, this remedy will block further release of histamine. Apply immediately as the pain occurs.

Baking soda has been used traditionally as a soother and cleanser. Its anti-inflammatory property helps reduce inflammation as well as itching. Kitchen herbs such as turmeric, ginger, mint, neem, basil are all known for their anti-inflammatory properties.

Can breastfeeding cause hives? In the rarest cases, it can. One of the reasons for the ambiguity around hives and its treatment is the difficulty in detecting the origin. It could be anything, even breastfeeding itself. With the help of your doctor or health practitioner, the cause can be detected over time and find remedies for hives. Regular observance and taking care of yourself will help you on a safer journey of breastfeeding with hives.

Previous article « Douching During Pregnancy – Is It Safe?
Next article Pineapple for Baby – Can Your Child Have It? »