Do Parents Have a Favourite Child? Study Says, Depends on Parent’s Gender!

Do Parents Have a Favourite Child? Study Says, Depends on Parent’s Gender! 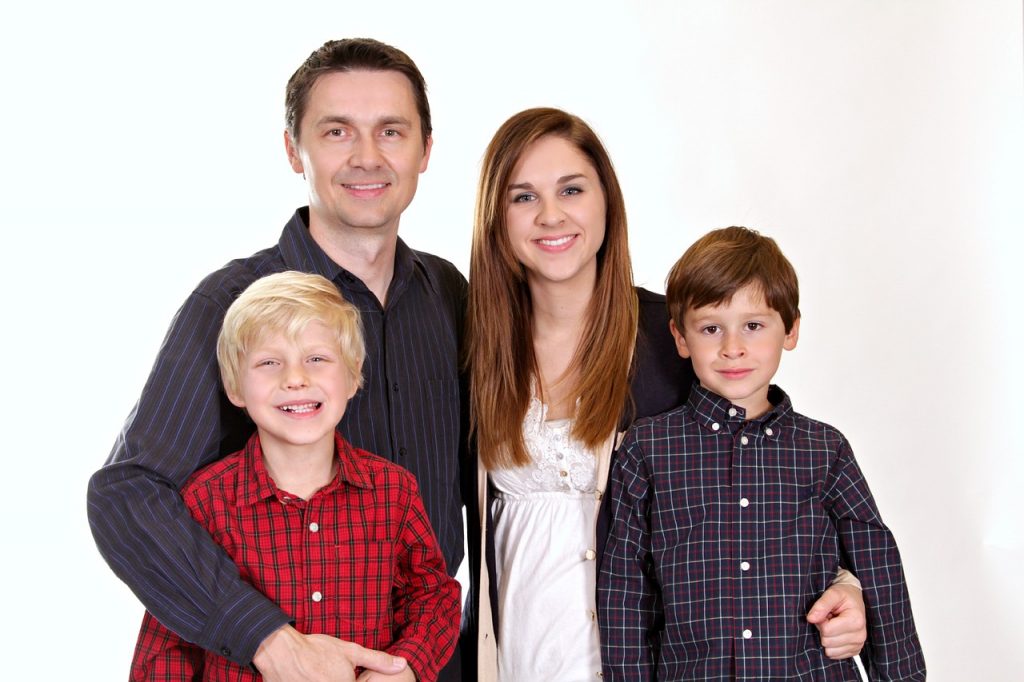 Do you think parents engage in favouritism when it comes to their children? Do parents have favourites? You may say ‘No!’, but new study has revealed they do. What’s more, it depends on your own gender!

As much as we would like to believe that we are fair, non-judgmental, and unbiased, we all have to agree that phrases like “Daddy’s angel” and “Mamma’s boy” do exist, and for a very good reason. We all know who children turn to when they want something and know one of the parents is going to be strict – daughters turn to their fathers, and sons to their mothers. But is it the same with parents?

A recent study conducted by the Rutgers Business School in New Jersey has discovered rather surprisingly that parents favour children of the same gender. In other words, mothers favour daughters, and fathers favour sons.

Do Parents Have Favourites? Apparently, YES!

Most indian families are now moving towards a single child module of family, while some are radically choosing to not have kids at all. However, the generation of us mothers (and those before us) were of multiple children. We have all ‘felt’ and lived through favouritism done by our parents, and when we have tried to raise a voice about it, we have been dismissed with statements like – ‘How dare you? I love you both equally.

On the other hand, in some households, the order of birth decided the amount of favouritism, and it was pretty much accepted (or gulped down) by children.

But does parental favouritism really exist? And is there a gender bias involved in it? The answer is yes!

The Bias is Particularly Noticed About Mone

The recent Rutgers Business School’s study – authored by Kristina Durante – explains that when it comes to buying things and spending money, mothers subconsciously favour daughters and spend more money on them, while fathers do so for their sons.

This may come as a big surprise to many people. We have all, after all, grown up with cultural appropriations that suggest that parents will be more lenient and give in easily to the child of the opposite gender. In fact we all know how fathers and daughters enjoy special things together, while mothers and sons also have their own set of unique things they like to do together.

However, according to this study, when it comes to shelling out the big bucks for their child, parents favour the child of the same gender as themselves! While this is not a conscious choice, the findings of the study clearly indicated that this happens.

Indians Do It Too!

Parents with one boy-child and girl-child each were invited to participate in the study. The first experiment involved the parents making a choice between their two children, about who will receive a treasury bond worth 25 dollars.

As you may have guessed by now, mothers almost always chose to give the bond to their daughters, while fathers opted for their sons.

Parents See a ‘Mini Me’ In The Child

So why do parents tend to do this? According to Durante, “The bias toward investing in same-gendered children occurs because women identify more with and see themselves in their daughters, and the same goes for men and sons.”
Now that seems probable, doesn’t it?
As a mother, a parent would be more tuned into a girl-child, with respect to her challenges, her needs, her dreams, aspirations, and her wants. While a father may not understand the need of one more bag or that expensive dress, a mother would perhaps be more attuned to the daughter’s need of ‘looking attractive’ or ‘fitting in’, and may hence be willing to indulge her in the bag or the dress. Likewise, a father may more keenly understand the son’s urge to own an expensive pair of sport shoes, which the mother may not necessarily see eye-to-eye on with the father.

What Does This Mean?

From a family stand-point, this study can have various implications. In households where only one parent is in-charge of the finances, the way money is spent on children might be a little skewed: fathers may be more willing to spend money and resources on the son than the daughter. In households with dual income, this bias may not be so evident.
However, matters may get really serious when one thinks of inheritances, and family heirlooms. Who should benefit the most?
On a larger scale, this could revolutionise the way businesses and retailers view customers. The said study was published in the Journal of Consumer Psychology, and indeed it has the potential to revise the way marketing is done too.

Although the participants’ behavior and the results of the study clearly showed parents play favorites, more than 90 percent of them said they didn’t prefer one kid over another in an interview.

It is a scary proposition to think we might be subconsciously doing this to our children. No matter what, they are both our children, and we should be creating a world of equal opportunity and rights for them – at least in our own homes, if not in the outside world. But then again, it all starts at home.

But because this is not a conscious choice, it is even more difficult to weed out!

So what can you do? Here are a few tips to ensure you create a fair and just environment at home:
Never buy gifts for just one child.

It would be a good idea to bear in mind that: favouritism, while bad, is a subconscious thing. No parent will ever knowingly want to do it to their children. So do not beat yourself down for it. As long as you consciously take corrective steps, all is well!

Previous article « Your Baby’s First Words Can Reveal 5 Amazing Things About Their Future!
Next article 10 Home Remedies to Help Your Little One Recover From Dengue and Malaria Quickly »