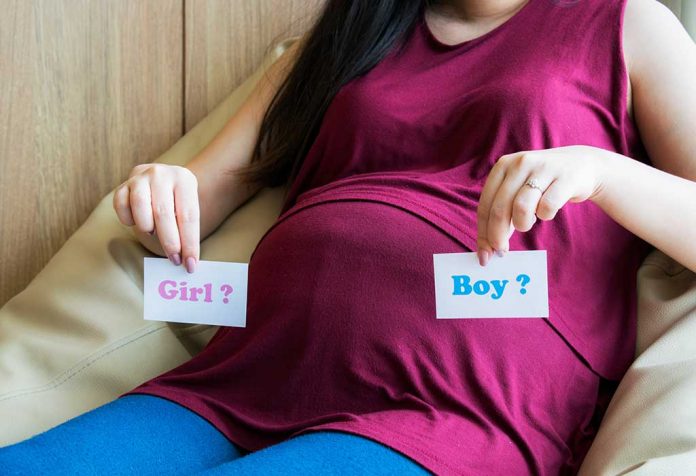 Having a baby is a life-changing moment. The day you realize you’re going to become a parent, it really shifts your world completely. After you’ve tried hard to conceive and got a big yes after the 2-week wait, you’re ecstatic.

Yes, you will have to wait for 20 weeks for the anatomy scans but what if you could predict the baby’s gender by just looking at your ultrasounds? The Skull Theory is a technique for doing that. We like to think of it as a life hack. And although it’s not backed by science and not taken very seriously, it’s a really fun way to predict your baby’s gender. And you’ll be surprised by how accurate the predictions turn out to be despite it being a myth or urban legend. Most of the markers used in the skull theory turn out to be 92% accurate in finding out the baby’s gender. But this applies only for scans taken beyond gestation and the 10th-week mark.

What Is Skull Theory?

Skull Theory is a popular theory that lets you predict the gender of the baby by looking at an ultrasound picture. The 12-week scans you get can be studied to make out if you’re having a baby boy or baby girl. 92% of the times the predictions are accurate and although there’s no scientific proof to back up this phenomenon, we can say it works! Pregnant moms swear by it but nobody knows where or when the skull theory exactly originated from.

We like to think of using the skull theory as a fun way to pass the time when you simply can’t wait to hear the news. The features described below for distinguishing the baby’s gender do work in most cases. How well you read the features will depend on the baby’s scans and if the imaging is not clear, you could actually make a wrong prediction. But it’s better than nothing, we suppose.

If you’re planning to get the skull theory accurate and apply it to your baby’s scans, then you should probably sign up for the ultrasound scans done at the 12-week mark. The position of the baby in the womb will be the biggest factor in getting a clear image of the skull right. If you’re going for a skull theory ultrasound scan, try to get your womb imaged in a profile view. You want to be able to make out the skull from the front to back and this will improve your chances of determining your baby’s gender with more precision.

Using the skull theory accurately will depend on your ultrasound assessment. Also, remember the fact that skull sizes in these scans vary wildly depending on racial ethnicity and the two sexes. Use the features we mention below as rough guidelines for making predictions.

Difference Between Skull Features of a Boy and a Girl

There are skull theory gender guidelines when it comes to making out if it’s a baby boy or baby girl. Here’s what to look for:

Placement of the baby in the womb is another minor factor involved in figuring out the baby’s gender. In most cases, baby girls tend to be placed higher when the mother is carrying them. Your stress levels could also be a good indicator. Moms tend to experience higher stress levels when they’re carrying baby girls over baby boys.

How Accurate Is the Skull Theory of Gender Prediction?

If you’re looking for any peer-reviews, journals or evidence that advocates the skull theory, you won’t find it. The results are anecdotal and most of the times, the accuracy of the skull theory is around 75% to 90%. Most of the characteristics mentioned for distinguishing a baby’s gender are applicable to adult skulls and don’t appear before puberty. However, the visual differences are simply indicators and a fun way to make predictions. The differences aren’t very visible in neonatal skulls which is a case where using the skull theory becomes hard.

A reliable way to find out your baby’s gender besides using the skull theory is to request for an NT (Nuchal Translucency) scan. It involves a blood test as well that detects chromosomal differences and this is completed between the 11th and 13th week of pregnancy. Again, this is a non-invasive scan and is usually an optional test which means you have to request it.

It’s not, but it’s a good guessing game. Most of the times the predictions are accurate but when it comes to scientific evidence, it is grossly lacking according to the medical community. The NT scans which involve bloodwork are more reliable since you can determine the baby’s sex by looking at the chromosome structures. Your best bet will be to wait for your 20-week anatomy scans and hear the news directly from the doctor. Until then, be patient.

And congratulations on the baby. Happy parenting!

PlayDoh Helps to Prepare My Kid for School

How Mothers Transform Into Maa Durga for Their Children

How to Reduce Weight After Delivery