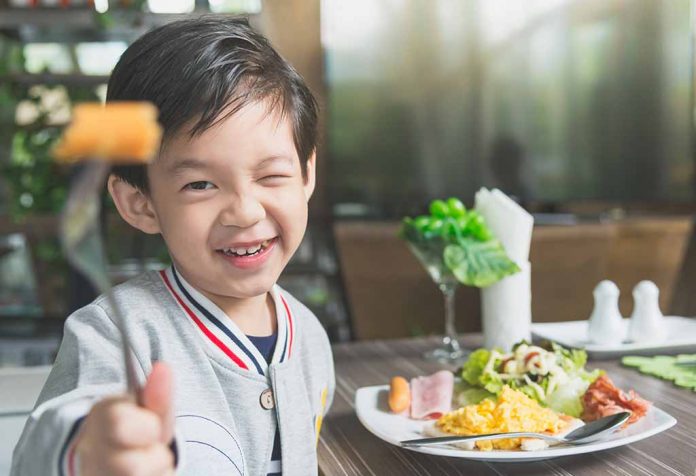 Sharing my writing as I wanted to create some awareness of a child’s food choices and how it affects their life later. At the age of four, my son could eat independently. Influenced by the Baby-led weaning in the group, there were days I wanted my son to eat on his own. Living in a conservative society, I could not gather the courage to do it initially. Always they insisted on the importance of feeding, mainly force-feeding.

These are what mothers hear when they do not feed or force-feed their children regularly.
‘You are not feeding your child enough. They look skinny only because of you’.
‘You cannot bond with your son/daughter if you don’t feed him.’
‘He’ll not obey you if u don’t feed him.’
Trust me; my son is not skinny; he is active. I enjoy a great bond with him despite feeding him occasionally. He obeys me, and sometimes it’s a no because of the tantrums.
I felt I was doing the right thing for my child; I fed him on time. And when he was young, he used to get hungry on time; I mean, he used to demand food like how the school bell rings. I made sure I prepared food on time. And that’s how it went. The very first month, he said, ‘No, ma, it’s enough, I m done.’ I stopped. There were days he ate extra servings; there were days he ate just two bites. I respected his hunger cues and choice. The day I made his favourite veggies, he ate well; the day he had more snacks, he ate fewer meals. Thus, I respected his choice. Let him eat what he wants, ‘No force feeding’ was my motto. Touchwood, he mostly ate all that I gave him. Rarely does he refuse to say,’ I don like this, ma’
I understood this and left him. As a mother, we should keep a note of their hunger cues. Force-feeding leads to aversion toward food; I have witnessed this in many children. I am a victim of force-feeding. Such children become fussy eaters with less immune. However tasty the food is, they say no to food, especially meals. They tend to develop more liking for junk food. In this 21st century, junk food cannot be avoided on the whole, but we can limit it. Such limitations can be brought by parents who don’t force-feed their children. Parents should learn to respect their children’s food choices and hunger cues.
At the age of 4, my son has his hunger cues; I respect it. Though I m not an excellent cook, I can be a wonderful mother by serving what he likes without force-feeding it. My son loves food, especially his hotly served meals. He appreciates all kinds of food and can guess the ingredients by tasting it. All this he has developed because of the freedom I have given him from a very young age. This post is for young parents to note and learn from their child’s hunger cues and realise this is one behaviour that will help shape one’s character and personality.
Disclaimer: The views, opinions and positions (including content in any form) expressed within this post are those of the author alone. The accuracy, completeness and validity of any statements made within this article are not guaranteed. We accept no liability for any errors, omissions or representations. The responsibility for intellectual property rights of this content rests with the author and any liability with regards to infringement of intellectual property rights remains with him/her.

Importance of Iodine in Your Pregnancy Diet

How Co-Parenting and Technology Helped Us Handle Our Premature Twins