Home Magazine Contributions I Never Breastfed My Child – Will He Be Fine? 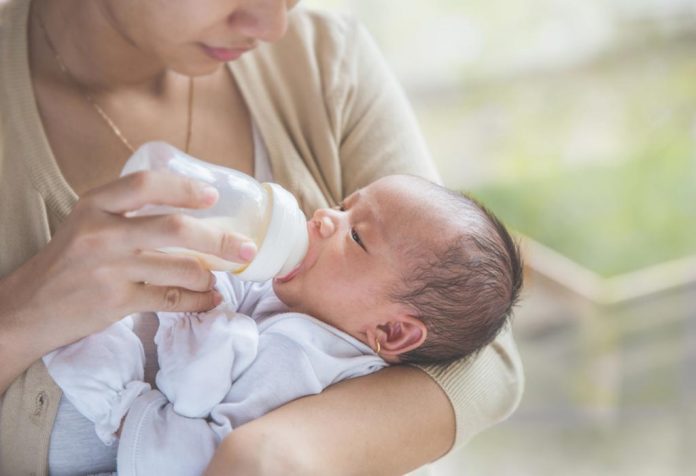 Finally, the day came for which we had been eagerly waiting for. My baby was delivered through a C-section. I heard his cry in the operation room and I sighed, though it was a sigh of relief! Our little bundle of joy was out to explore this world. I was on cloud nine when a nurse gave my boy in my arms after moving me to the ward.

His father came in the ward and was eagerly waiting to take him in his arms. We loved the feeling of being parents and could not explain the emotions in words. We were very happy and we had tears of joy! I was told not to feed my baby because of high anaesthesia dose I was administered. So, on day 1, my baby was given formula. On the second day also my baby was given formula as I didn’t have enough breastmilk supply to feed the baby. The nurses tried to teach me lactation techniques that day.

I was in pain and two days passed in overcoming the pain. I hated that I was not able to feed my child but then I thought it would be fine the next day. Much to my happiness, I was lactating the third day. I tried to feed my baby on the third day but to my grief, he was not ready to take my milk as he liked the taste of formula milk better.

On the day when I was discharged, my baby still didn’t accept breastmilk. The nurses informed me about the different positions I should try to breastfeed my baby and the diet that I should follow to increase my breast milk supply. Happily, we went home and I was determined to make him switch from formula to breast milk. But nothing went as per my determination or plan! We tried level best to make him breastfeed but he was so adamant since birth that he used to spit the breast milk. And when he was given formula, he used to drink it.

I even tried to pump my breast milk and stored it in a bottle to feed him, but he didn’t take it. I guess, he didn’t like the taste. From buying nipple shield to buying breast pump to trying home remedies to increase milk production – I did everything possible to make him switch but nothing worked for us. Not being able to feed my baby resulted in engorged breasts!

Days passed and we tried to feed him, but nothing helped. Furthermore, as I was not breastfeeding, I was also not able to produce more milk. I tried to increase milk production by taking medication, drinking jeera water, and likes. But the doctor said that unless the baby latches the production would be not much. I was so worried and depressed as all the elders in the family said that mother’s milk is the best for the baby. And the immune strength and the weight of the baby depends on the breast milk. My baby was feeding well on formula and there was no problem with regards to his immunity too.

I discussed the same with my doctor also, but she suggested me to keep trying and if nothing was working, then I let him feed on formula. Gradually, the production of milk stopped and I had no way other than making him formula feed. I was always afraid about his weight, immune strength, and other problems that he might face because of not being breastfed but I guess he is fine. Today, he is 23 months old. I am writing this blog not to promote formula feeding but to tell all the mothers about my breastfeeding journey.

I want to tell all the mothers that you should breastfeed your baby, it should be your first preference. But in case, you are not able to breastfeed your baby or the baby is not taking your milk, you give him formula. My baby is 23 months old and by the grace of God, he is doing well. His immune strength is fine and his weight is good too. The only thing I started is (though doctors rarely suggest it) that I started giving cow’s milk to my baby as early as he was 6 months and from then he is on cow’s milk, buffalo’s milk, and even packet milk.

I want to let you all know that breast milk cannot be replaced by anything but if for some reason you are not able to breastfeed your baby or the baby is not taking your breast milk, don’t lose hope. Formula feed him, he will be fine. Initially, I was always concerned whether my child will be fine or nor because I was not breastfeeding him. But by God’s grace, I think he is fine and he will be fine!

Laugh With All Your Heart and Make Your Kids Smart!!