Baby Crawling Backwards - Do You Need to Worry?

Baby Crawling Backwards – Do You Need to Worry?

Baby Crawling Backwards – Do You Need to Worry? 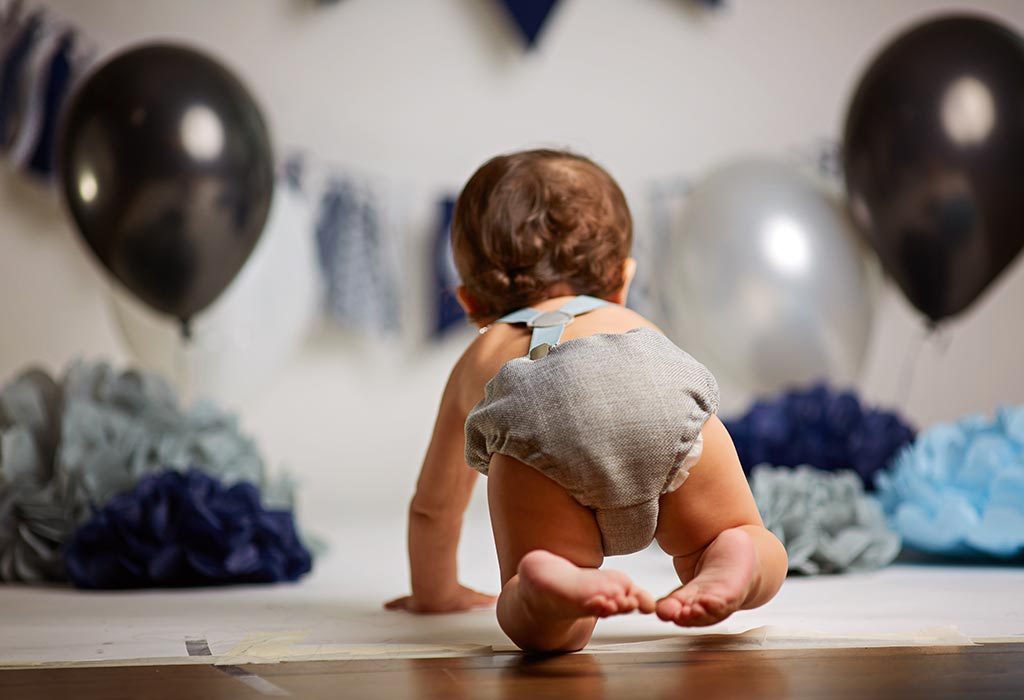 Crawling is an important development milestone, and when you see your bundle of joy getting on her fours – ready to explore and exercise independence, you’re bound to be overjoyed. But your happiness may be short-lived if notice her crawling backwards. If you notice her crawling backwards or crawling using a single leg, you’re likely to worry and possibly think the worst, but should you be worried if she scoots backwards? Let’s find out!

Video: Baby Crawling Backwards – Do You Need to Worry?

When Does a Baby Start Crawling?

All babies develop and achieve milestones at their own pace, the same stands true for crawling too! Babies may start crawling at different times. Some may begin to crawl when they are just about 7 months old while others may take close to a year to begin any kind of movement. Their styles of crawling may vary as well. Some babies slide their entire body along the floor at times or combine crawling with rolling their body around. While the others crawl a bit and sit then crawl a bit more and sit again. So if you were thinking that there’s an ideal crawling style your baby will adhere to, then that may not happen!

Is It Normal for a Baby to Crawl Backwards?

With all the unique and unusual styles of moving around that babies tend to adopt if your baby is one of those who has learnt to crawl backwards, you’re likely to worry since crawling backwards is not common. But put your mind to rest, as it is not a sign of any disorder as such. Many babies tend to crawl in such a manner before understanding the proper way of doing it and it’s alright. Crawling backwards is easier than crawling ahead, which is why most babies opt for the former. If a baby feels that her arms are stronger than legs, she may scoot backwards. And it’s perfectly normal, you don’t need to worry. With time, your little one will learn to crawl in the right manner.

Why Do Babies Crawl Backwards? 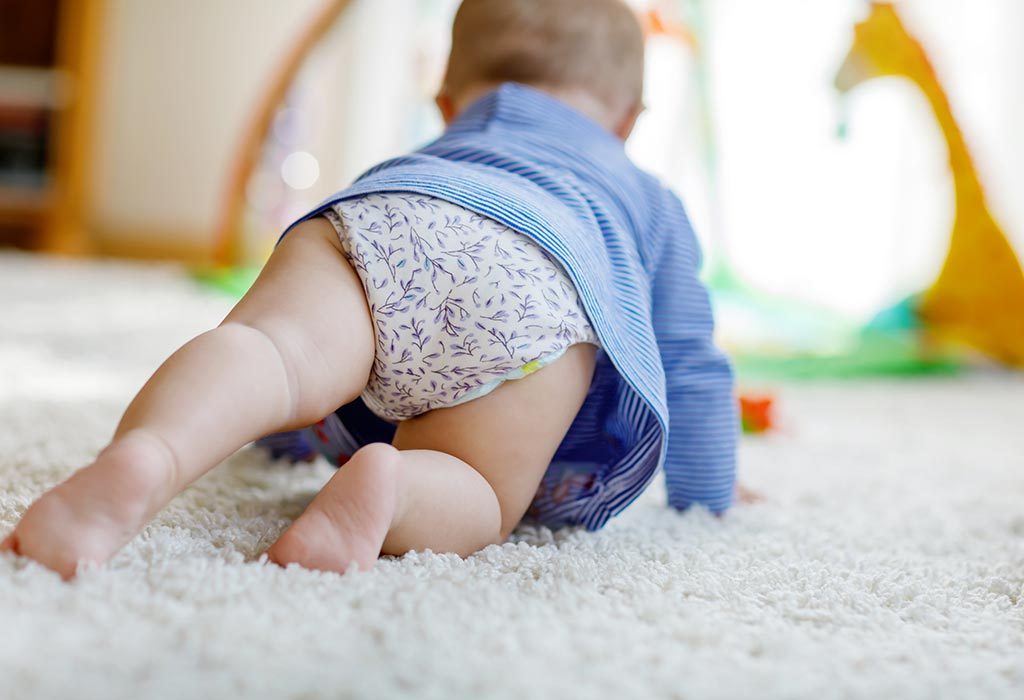 Many doctors and paediatricians focus on the crawling aspect of a child. This is the stage when a baby starts becoming aware of how her limbs function and how to use them together in coordination. The aspect of crawling is a strong sign of a baby’s motor skills being developed in an appropriate manner. But it isn’t as simple as it seems as the baby takes her own time in putting it all together. And this could result in a backward crawling style. Here are some possible reasons why a baby may start crawling backwards:

How to Help Your Infant Crawl Forward

Most babies learn to crawl forward by themselves or sometimes they may directly switch to walking. But if you want to help your baby learn the right way of crawling, there are a few indirect ways you can try.

Turn It Into a Game

Play a game of catch and chase with your child as you spend time with her. When the baby attempts to crawl away speedily from you or comes to catch you, she will realise the necessity of using her legs and may attempt to crawl forward.

Babies function a lot in muscle memory. Which is why, once they start learning to crawl backwards, they will continue to do so. Therefore, every time you place your baby down and play with her, use her arms and legs to teach her the right way to crawl to give her a hint.

Remember those exercises you would put your baby through in the initial months of her life? Repeat them again and try to show her how to use the legs properly to support her body as well.

Guide your baby’s attention with some toys that make noise. If not the noise, the sight of the toy could make her want to grab it and learn how to push herself forward to get it. Avoid doing this if your baby is extremely hungry. But just before her feeding time or by using her teething biscuits, you can place them before her and ask her to grab them. She will realize the limitations of moving backwards and figure out ways to push herself ahead.

Do not come in the way when your baby is crawling. However, you can place your hand behind your baby’s feet or her bottom to act as a resistance. When your baby attempts to crawl, she might end up moving forward, surprising herself and giving her the hint to move forward.

Let Her Watch and Learn

Babies learn a lot by observing their parents. If your baby is sitting upright and playing with her toys, get down on your fours and crawl in front of her. Crawl forward and backwards so that she knows there is more than one way to do it.

Learning to crawl is not an easy thing for a baby. When you try to get your baby to crawl forward, it might be met with resistance, bouts of crying, and frustration on your baby’s part since she has to relearn the entire process. Don’t force her to crawl if she is not ready for it and let her figure it out on her own, or skip to walking if she feels like it.