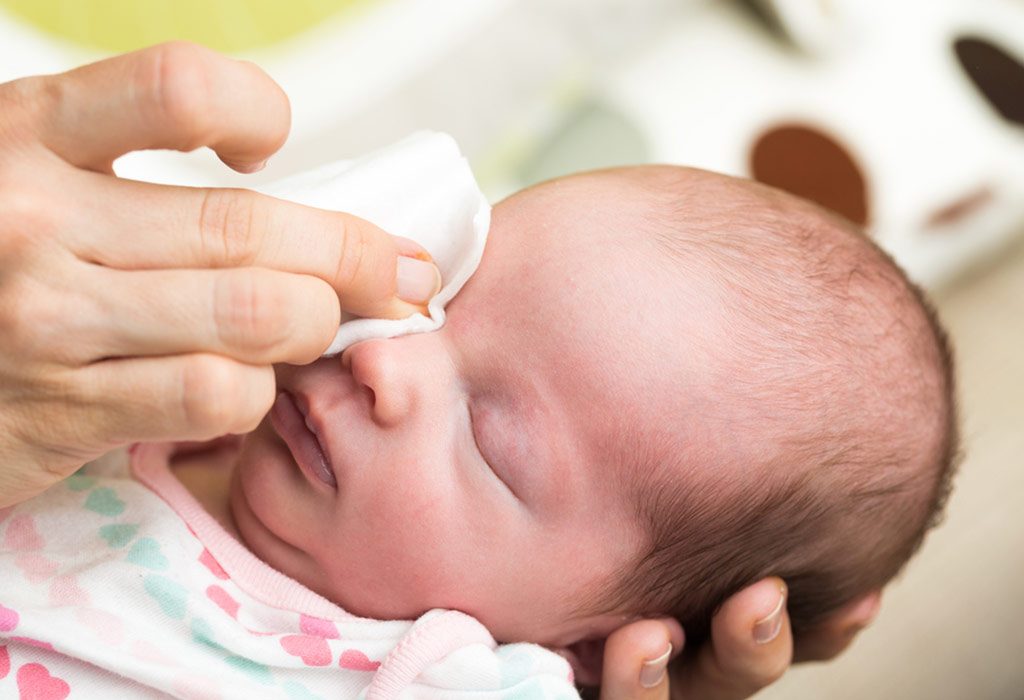 You are a mom. You protect your baby with your life and don’t let him come to any harm. The doors and windows of your house are shut to anything that can be dangerous to your child – from bad weather to negative people to microbes! But what if the threat to your baby comes not from outside but from his own family members? A very common mistake on your part, made unknowingly, can ruin your baby’s health forever. This true story of what happened to a newborn baby in China will force you to be ten times more careful in the future!

Their baby was still very young. He had not even met his entire extended family yet. That afternoon, his parents decided to introduce their infant to his other family members. After all, everyone was very excited to welcome the newest member of their clan.

Suddenly, his parents noticed something was wrong with his eyes. He was struggling to open them. And not because he was tired or sleepy. The moment he managed to open them somewhat, they started oozing. A thick layer of crust started forming over his eyes. Was it an infection that he had contracted, perhaps seasonal?

His mom and dad rushed him to the paediatrician. They were expecting eye drops or medication, with the advisory to protect their baby’s eyes in inclement weather. But the news that faced them shattered them to the bone. It ended all the dreams they had seen for their baby in one instant.

For their baby could never see again. The doctor told them that their baby had suffered irreparable damage to both eyes. While he was now permanently blind in his right eye, his left eye’s vision was also reduced. In these early months of his life, before he had even gotten a chance to explore the world he lived in, his vision was scarred. But what on earth had suddenly brought this on? The baby had suffered no accident or injury!

The Reason Behind this Baby’s blindness was something we never thought could be dangerous: a camera.

Clicking pictures of babies is one of the most delightful things to do after their birth. You want to store these memories in print and not lose a single moment. Cellphone cameras has made this even easier and more convenient. This is what one of the relatives had been doing during the family visit – clicking pictures. They had been so absorbed that they had forgotten to turn the flash off. The camera was too close to the baby’s eyes. Little did the family member know that their means of making memories would drastically change the course of this baby’s life. Though no one realized this early enough, the baby’s eyes reacted to the bright light of the flash instantly. This reaction damaged the cells on the macula, or the part of the eye that focuses incoming light rays. So severe was the reaction that no surgery could repair it. The baby will always have to live with reduced vision – only because of a moment’s mistake.

Research is underway to study the effects of bright light on an infant’s eyes. Yes, cases like these are extremely rare, but they definitely prove that it is possible for extreme light to damage a baby’s eyesight. While adults have better developed and more resilient bodies, babies are very sensitive. In fact, you are best advised to stay away from bright lighting in your child’s room, bathroom or by his bedside. Prefer dimmer lighting and never directly expose your baby’s eyes to any strong source of light. While clicking a picture, do not use flash and keep the camera at a healthy distance from the child.

It is important to document memories and photography is an excellent way to do it. But keeping your baby safe assumes priority over everything else in life. Don’t let your child pay the price for a simple carelessness you had no idea could bear such grave consequences.

Previous article « 25 Beauty Secrets That Women Across the World Use! We’re trying No. 13!
Next article 5 Fun Exercises To Do With your Darling Dog! »