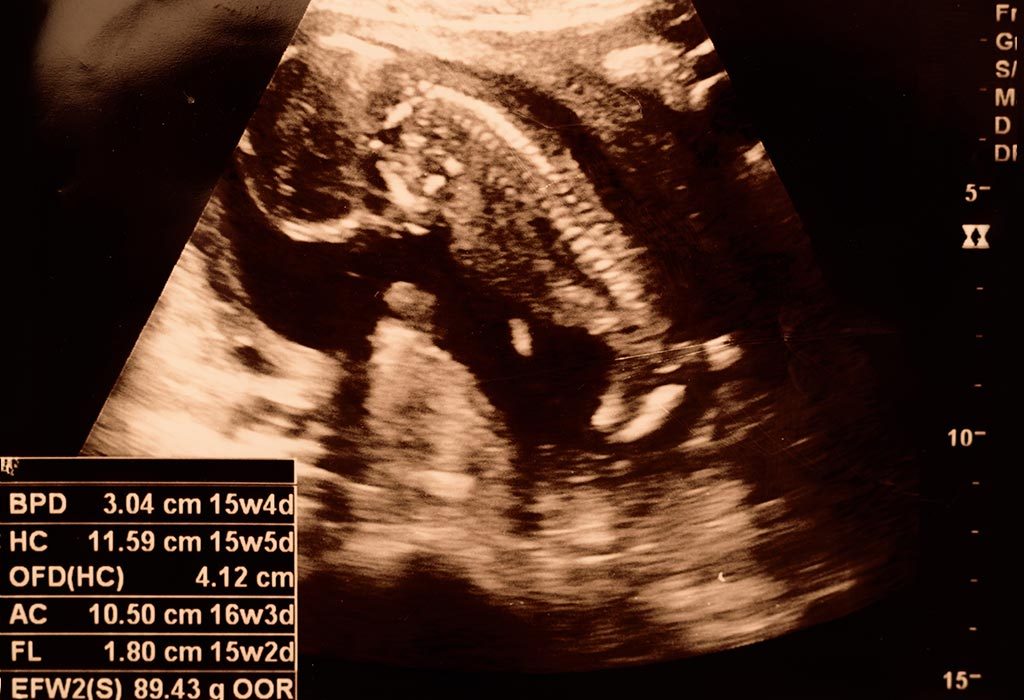 Pregnant women find that they tend to get to grips with the situation by the 15th week of pregnancy, as most symptoms, which cause irritation, tend to subside by then. Gone are the morning sickness, constant nausea, fatigue, and general irritability. Still, the most important thing that expectant mothers fuss about is the health of their growing baby. The child will be growing within her, and scans are the only way for them to check up on how the foetus is developing. This is why the 15-week ultrasound scan is so important for the mothers. Read on to know the developmental signs and changes you will observe in the 15th week of ultrasound.

15-Week Ultrasound – Why You Need It

There are many reasons why a mother needs to know about the growth of her baby during the second trimester.

How to Prepare for the Scan

Preparing for this ultrasound scan does not include anything considerably different, compared to the earlier tests. Like in all ultrasound scans, you will be encouraged to drink a lot of water beforehand. This ensures that you have a full bladder, which will help the technician to get clear images of the child. So you can start preparing by drinking at least a litre (or more) of water 1-2 hours before the process is to begin so that you have the urge to urinate at the time of the scan. Also, you should not urinate again until after the test is complete.

15-Week Ultrasound – How Long It Takes to Complete the Scan

The scanning process is usually done within ten to fifteen minutes, as all ultrasound scans do not take much time. If there are any technical malfunctions, the process may take longer. However, in most cases, the test gets done within half an hour or so. 15-Week Ultrasound – How It Is Performed

Usually, the ultrasound examinations for pregnant women do not include any invasive procedures. You will be made to lie on your back, with your belly showing. The technician will apply jelly all over the stomach, for reducing friction while moving the probe. The probe is then pressed on top of your belly and moved around to get real-time images on a computer screen. The technician takes snapshots when he/she gets some images. The entire process does not last long unless the images are not clear enough. In such cases, a plastic probe emitting ultrasound waves will be inserted into your vagina, so that the technician can get clear images of the child. In all cases, the test does not take more than half an hour to complete.

15-Week Ultrasound – What Can Be Seen

The images of a baby at 15 weeks ultrasound scan can tell you and the doctor a lot about how the baby has been growing. You will be able to watch your child make a lot of funny expressions during the scan – the baby will grimace, frown, smile, and even squint. This is just the child trying out his new, developing muscles. You might even be able to see the child swallowing or sucking his thumb.

Arms and legs could be moving, too. The images will show the skin of the child, which will have a paper-like consistency. The blood vessels running underneath will be visible. The scalp of the child, along with the eyebrows is also visible at this stage. Your child may already have hair on his head. This temporary, fine hair is called the lanugo.

The skeletal system of the child is still developing, as the cartilage in place slowly transforms into the harder bone. However, worry not; the bones still stay flexible enough so that the child can pass through the birth canal without difficulty. They do not harden enough for the child to stand until he is a toddler. He might also be able to turn his head and make fists at this time. The development of external genitalia will also be present, so the doctor will be able to guess the gender of the baby with almost 80% accuracy.

The 15-week foetus ultrasound scan definitely gives the doctor a clear idea about how the baby has been growing, so he might advise you to have further tests if he detects anything out of place. Although the 15 week 3D ultrasound scan is quite comprehensive, it is still not enough to be sure.

There are no routine tests scheduled for mothers at this time of pregnancy, but women above the age of 35, who are pregnant may benefit from doing an amniocentesis and multiple marker screening tests. The former uses a sample of amniotic fluid from your womb, in order to check for genetic abnormalities in the child.

An ultrasound scan at the 15th week of pregnancy can really benefit both the mother and the child. The doctor can see how well the child has been growing, while the mother gets to see the child make expressions for the first time. It can also help mothers detect any sort of abnormality in the development of the child at an early stage, so the scan at this time is a highly recommended one.