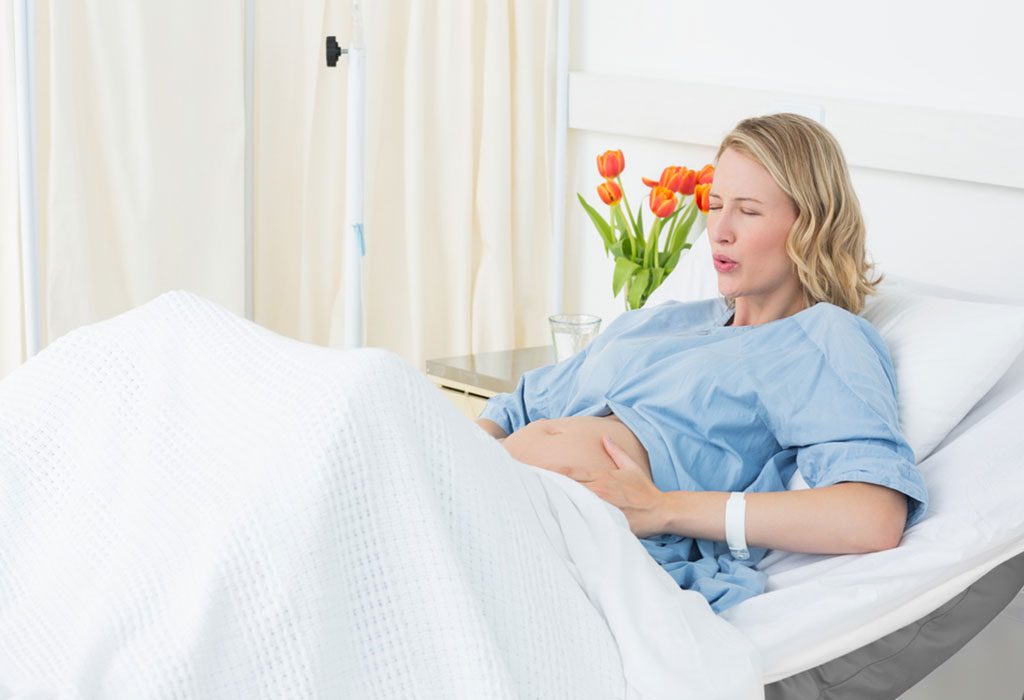 Shoulder dystocia is a rare condition that can sometimes be seen during delivery after the head of the foetus has emerged from the mother’s body. The baby’s shoulder (left or right) stays back behind the mother’s pubic bone and results in pressure. Occasionally, the baby’s posterior shoulder puts pressure on the mother’s sacrum (large bone at the base of the spine). If either of these cases occurs, the rest of the baby’s body does not come out easily. This complication is termed Infant Shoulder Dystocia. Know more about this complication in the article below.

What Is Shoulder Dystocia?

Shoulder Dystocia is defined as an obstetric complication which is associated with cephalic vaginal deliveries where the baby’s head enters the pelvis first. As explained earlier, it happens only when the baby’s shoulders get stuck after the head emerges from the mother’s vagina. Infant shoulder dystocia happens when one or both the shoulders are placed in a direction opposite to the maternal pelvic bones.

Several reasons could lead to infant shoulder dystocia. Read on to know some causes and symptoms of this complication.

While the level of complications depends from one pregnant woman to another, here are some reasons that could cause infant shoulder dystocia: Here are some signs and symptoms seen in the case of infant shoulder dystocia:

No anticipation or predictions can be made before the birth of the possibility of shoulder dystocia occurring. The helpers need to make a quick diagnosis of this condition and react instantly.

Shoulder dystocia can lead to more complications if prompt action is not taken. Let’s take a look at them before discussing the risks and the treatment.

This condition causes severe complications in both the mother and the infant. Who Is at Risk for Shoulder Dystocia?

Some of the common shoulder dystocia risk factors include: How Is Shoulder Dystocia Treated and Managed?

A widely applicable treatment strategy followed by obstetricians can be understood by the Pneumonic “HELPERR”:

L – Legs (The doctor may ask the mother-to-be to pull her legs toward the stomach. This is also called the McRoberts manoeuvre).

P – Suprapubic pressure. The baby will be encouraged to rotate by putting pressure on a specific area of the pelvis.

E – Entering manoeuvres procedure (internal rotation). This involves turning the baby’s shoulders in the womb to help the movement through the pelvis.

R – Rolling of the patient. The doctor may ask the mother-to-be to get down on all fours to help the movement of the baby.

Let’s understand the above treatment procedure in more detail. Are There Any Measures to Prevent Shoulder Dystocia?

Here are a few ways to try and prevent the occurrence of shoulder dystocia:

Recovery of Mother and Baby After Birth (Post-treatment Measures)

No special measures are required after the infant is born with a natural birth after shoulder dystocia. But, if signs of brachial plexus injury are noticed, it requires special monitoring in the neonatal section.

Another complication to watch out for is Erb’s palsy, which means a numb and paralysed arm. This usually gets better in hours or days, but if prolonged, the infant may have to undergo physiotherapy.

The mother may undergo severe trauma due to the physical damage that she underwent during delivery, especially severe haemorrhage, and other emotional agonies, including shock, guilt, depression, or even anger.

Many efforts have been put in by obstetricians to foresee or prevent the condition of shoulder dystocia in an infant, such as using ultrasound and various other tests to predict macrosomic infants. Multiple strategies have also been proposed to reduce infant complications such as brachial plexus injury by performing a prophylactic caesarean section. Many potential medical aids and medicines have also been applied to reduce the risk and to promote safe vaginal delivery.

The HELPERR manoeuvre is widely established and performed to treat shoulder dystocia and associated complications. When all these techniques fail, last resort techniques are established to prevent foetal death. The internal rotation manoeuvre help in manipulating the foetus, to escape the slumped shoulders of the foetus, and incline the foetus at such an angle that promotes a smooth vaginal delivery.

Consequently, with time and by application of these modern methods, the foetal death rate has declined. However, it is still tricky to completely eliminate infant complications like brachial plexus injury, Erb’s palsy, etc. Many researchers are conducting studies to combat this problem and complications associated with it.

Previous article « Should You Give Gripe Water to Your Baby?
Next article Psoriasis in Children »