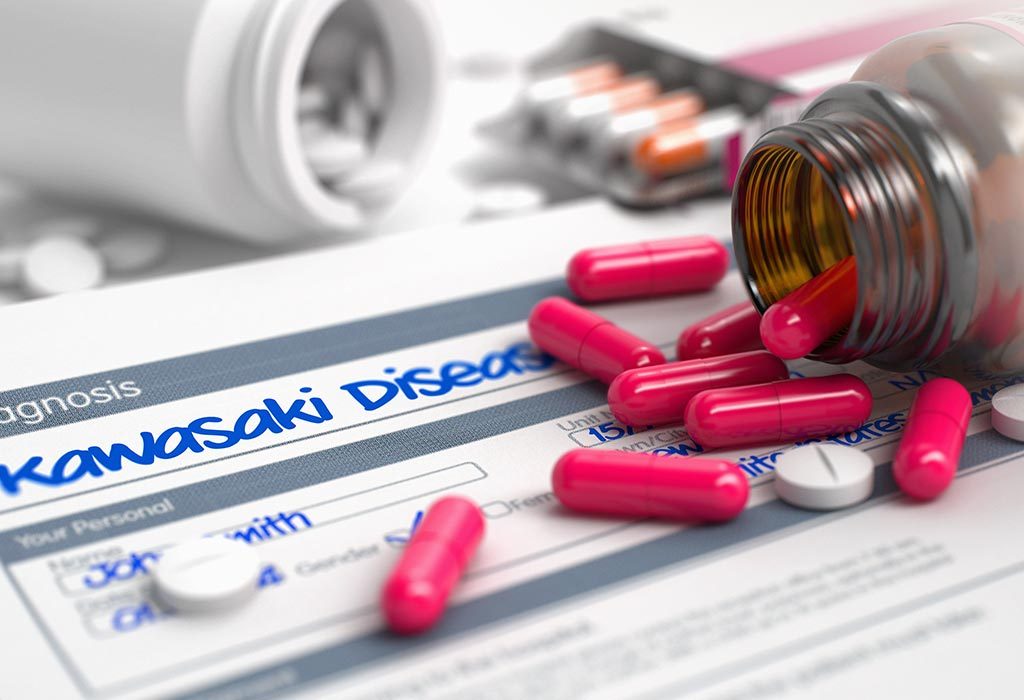 When a parent holds their child for the first time and makes a promise to protect them and make them happy, they never imagine that their precious little one would ever have to suffer. Every parent makes sure that their children are well and healthy, but even so, children sometimes get serious illnesses that result in them spending hours each day in the hospital; not quite the happy childhood a parent wants for them.

Fortunately, with early detection and good medical care, most problems can be taken care of, and children recover and are able to move on with their lives as normal. Kawasaki Disease is one such illness, which is the most common cause of heart diseases in children.

What Is Kawasaki Disease?

Kawasaki Disease causes inflammation in the arteries, capillaries and veins. Lymph nodes are affected and have been known to cause symptoms in the nose, mouth and throat. It can lead to aneurysms if not treated.

Causes of Kawasaki in Kids

The exact cause is something that studies have not been able to identify, though most experts and researches suspect that it is caused by a mix of the body’s response to infections or viruses, genetic and environmental factors. There is no such thing as a Kawasaki virus in children. So far, there have not been any links found between any particular virus and Kawasaki Disease. It is not a contagious disease.

Who Are at Risk of Getting It

Though children and teenagers of any age and race can be affected, those who are most at risk of getting Kawasaki Disease are:

There is more risk of developing coronary artery aneurysms when there is:

Symptoms of Kawasaki Disease in Children

There are some noticeable symptoms that children show when they are suffering from Kawasaki Disease. The symptoms which appear within two weeks of the fever include:

How Long Does This Disease Last in Children?

If diagnosed and treated early, children suffering from this disease will begin to feel better in a few days. It also reduces the risk of developing serious heart issues. The disease may run a course of four to six weeks, though your child’s personality and energy will take at least eight weeks to return to normal.

If your little one has a fever that lasts for four to five days and is also showing some of the symptoms discussed above, you will have to call your doctor so that you can take your child in for a check-up. This disease can be quite tricky to diagnose, so you may have to be prepared to go to the doctor a couple of time for several examinations.

As Kawasaki Disease can be very similar to the common viral and bacterial illnesses that occur in childhood, it is not easily detected by a single examination. Doctors will need to diagnose it by checking the symptoms of your child and then ruling out other conditions that may be caused by similar symptoms, such as scarlet disease, measles, toxic shock syndrome, idiopathic juvenile arthritis, etc.

In order for your child to be diagnosed with Kawasaki Disease, he or she will have to undergo a few tests in order to understand what the condition of the heart is. They are as follows:

An image of the heart and the arteries is created using sound waves. This test may have to be repeated in order to keep a track on how the disease is affecting the heart over time.

Blood tests will need to be performed in order to rule out the other diseases that have similar symptoms. In the case of Kawasaki Disease, the white blood cell count increases whereas the red blood cell count decrease and there is inflammation.

Also known as ECG, it will record the electrical heart activity. If any irregularities are found, this may be an indication that the heart has been affected by Kawasaki Disease.

A chest x-ray will be ordered by the doctor in order to check for signs of inflammation or heart failure. This will be seen in black and white images of the heart and lungs. How Is Kawasaki Disease Treated?

The sooner treatment starts, the better and so if your child has been diagnosed, start the treatment immediately in order to prevent heart damage. Intravenous immunoglobulin is administered over twelve hours within ten hours of the fever set in. A daily dose of aspirin will be prescribed for the next four days. In order to prevent blood clots from forming, your child may have to take a lower dose of aspirin for at least six after the fever leaves.

Some children are more at risk of having a heart attack or blocked arteries, and so these children will be on medication for a longer period of time. This treatment will usually involve a daily antiplatelet aspirin until the child has a normal echocardiography. The time of treatment could last at least two months.

About 25% of the children who have Kawasaki Disease can develop serious heart problems. The treatment that takes place at this stage will often include long-term treatment with aspirin or blood thinners. Procedures such as coronary artery bypass coronary, coronary angioplasty or artery stenting may also be required. If treatment is not given, it could lead to potential heart attacks as well as:

Can Kawasaki Disease Be Prevented?

As the exact causes of Kawasaki Disease are not known, it is not possible to prevent this rare disease, but with proper and quick diagnosis and treatment, most children recover well. Any long-term consequences of this disease are not very frequent.

Those who develop any coronary artery problems as a result of this disease should be very careful about avoiding anything that may raise the risk of having heart problems or a heart attack. These include smoking, high cholesterol and being overweight or obese.

Previous article « Low Body Temperature in Baby – Causes, Symptoms and What You Should Do
Next article Chocolates for Toddlers & Kids – Benefits, Side Effects and Fun Facts »