Feeding My Baby Anything Other Than Breast Milk : A New Challenge to Overcome!

Feeding My Baby Anything Other Than Breast Milk : A New Challenge to Overcome! 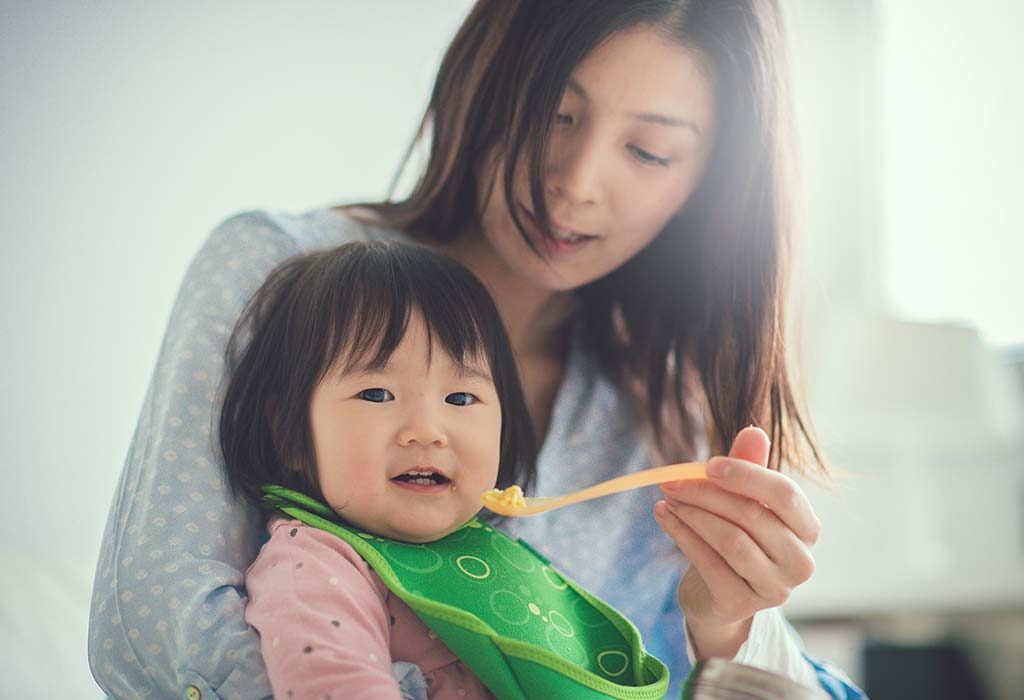 It amuses me when I think about how difficult it was for me at first to get my baby to latch onto the nipple for breastfeeding, and how it’s difficult for me now, at eight months, to make her eat something other than breast milk. Believe me, babies tend to make you a more patient human being!

After six months of exclusive breastfeeding, I introduced rice and dal water to my baby, who was not at all interested in consuming it. On top of that, with the Internet in charge of new moms, I was informed not to add salt and water to any food given to the baby, until the age of one year. My little girl was in no mood to like dal-rice water. Then, it was suggested by a friend that babies don’t like water, so instead I should serve blended dal-rice with water in it. To my joy, my girl liked it!

She started having two meals a day, which I then increased to three, after two months. I used to add veggies like carrots, tomatoes, and potatoes, and serve soups of lentils, rice, bananas, and apples. Life was smooth, and I was feeding her half a bowl of pureed food. When she completed eight months, she started teething. Other than a general crankiness, there came a phase of no eating, only breastfeeding. Through cuddling and monkeying around, I would feed her five to six spoons of food, but that wasn’t enough, and she developed a disdain for the spoon itself!

She liked to eat from my hands, but as she was used to pureed food, she could only manage to eat bananas in that manner. Eating rice khichdi or upma would sort of make her gag. So, here is another challenge, and that is to make her eat with gums till her teeth appear without gagging. With dancing around her singing songs, playing the rattle, and half feeding with spoons and half by hands, that is how I can manage to make her eat!

Previous article « Be Positive and Believe in Yourself As You Understand and Adjust to Motherhood
Next article Breastfeeding Woes of a New Mother: From a Herculean Task to a Cherished Victory »